According to reports Trade News Quoted from IRNABefore arrival Magenta To the capital market, the fans of these two teams had high expectations for their entry into the capital market. Finally, the expectations came to an end yesterday and the handing over of the magpies came to an end, but the media attacks and unprofessional speeches of some people caused fear among the people and the expected absence of the magpies’ fans to participate in this underwriting. However, the underwriting of magenta stocks began, and in this historic event, the record of attending over-the-counter underwriting in 1400 was broken.

Most of the relevant officials have stated that a large number of fans of the two teams, who were looking to enter the capital market, were still not able to receive the stock exchange code and participate in the underwriting, which was one of the factors leading to media attacks. The expectations regarding the large presence of fans at the underwriting were not met.

More incentive for shareholders to participate in the initial public offering

Emphasizing that this issue should be taken into account that yesterday the supply of shares of magpies was not in the form of initial public offering, but the purchase of shares was done through underwriting, he added: in the initial public offering, the buyer is more motivated; Because shareholders can trade from the day after the purchase, but this is not the case in underwriting, and the buyer knows that the symbol will be closed for a long time to register the underwriting.

Record of people’s participation in the underwriting of magpies

“Our forecast for public participation was higher than these numbers, and we expected more fans to participate in the underwriting,” he said. Was a symbol; The announcement of a 4-day opportunity also allowed many people to participate calmly in the coming days to buy stocks.

The head of the Privatization Organization pointed out that on the other hand, not having a stock exchange code and not registering in SJAM caused a large number of fans to postpone their purchase to the next few days after receiving the stock exchange code, knowing the 30-day process. : The purchase ceiling of 300,000 Tomans for each person was further caused by the fact that people who wanted to buy more shares, could not buy more of these shares.

خبر پیشنهادی:   How much is Tiba hatchback zero?

“We, as the Privatization Organization, have not promised any profit at all to buy the shares of the Magpies,” he said.

Ghorbanzadeh pointed out: “Many people who were against the transfer and the establishment of transparency in these two clubs, constantly beat the drum of worthlessness of the shares of these two clubs during this period and tried to dissuade the people and the fans with incorrect statistics and information.”

The economic situation of all 3 clubs is improving

The Deputy Minister of Economic Affairs and Finance announced: Some people who mistakenly spread the excitement of the year 1999 to enter the stock exchange and buy the refinery fund and Dara Ikam to the shares of the Magpies fell from the roof and constantly announce that the people of these shares I have even heard that unfortunately some people have done this in recent days by inviting the media.

Announcing that Persepolis came out of the loss last year and made a profit of 14 billion tomans, he said: “Also, the loss of Esteghlal last year has been reduced to 12 billion tomans and the economic situation of all 4 clubs is improving.”

The Deputy Minister of Economic Affairs and Finance pointed out: about 200 billion tomans of their tax debts have been forgiven recently, and in the coming months, approvals from high authorities will most likely be issued to reduce accumulated losses and increase their operating income.

He said that the unfavorable situation of these clubs has been exaggerated. it is arrived. Do carmakers agree to import cars? 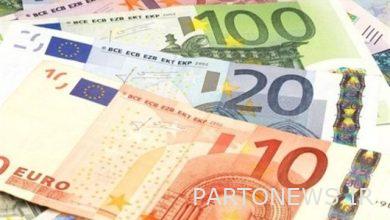