According to the sports reporter of Fars News Agency, the group stage of the football competitions of the National Youth Premier League was held in two groups of eight teams. Were.

Holding games at a stage where the past has not been so borderless. According to the official claim of the Persian Gulf Club in Group One, there are rumors about collusion in the game between the Ahvaz Steel and Mes Kerman teams. This issue has caused the Persian Gulf Club to file a letter of protest to the Football Federation regarding the documents and film they have, and a copy of this protest has been sent to the ethics committee, the league organization and the referee committee.

At the end of the group stage, Iman Shiraz was at the top of the table with 32 points and as the first team and Khuzestan Steel with 30 points and a better goal difference than Shiraz Persian Gulf was in the second place so that both teams could qualify for the semi-finals. Bring.

The protest of the Persian Gulf team started from the fact that the last two matches at the top of the table had to be held at the same time, which apparently did not happen, and the Persian Gulf club protested why the game between Foolad and Mes Kerman was delayed by 10 minutes. Has there been an interruption?

In an interview with a sports reporter of Fars News Agency, Ismail Zare, the coach of the Persian Gulf team, said about the club’s protest: “If I speak, it is not a discussion between me and the club.” The future of football is Fars, and in order to defend the rights of the youth and the football capital of this province, we raised this issue and we protest against it. Hence, we ask the supervisory bodies of the ethics committee, the football federation, the league organization, the referee committee, etc. to enter into this issue so that the rights of the youth of Fars are not violated.

The coach of Fars youth football team continued: Mes Kerman team has conceded only 14 goals during 13 weeks, how is it that it receives 6 goals in the game against Foolad? If this team had defeated Khuzestan Steel team in the first round. If you take a look at the video of the goals scored in this game, all the goals, especially the last two goals that were scored in less than a minute, are debatable.

He said: “The interesting point is that the copper team guides its team out for no reason just because of an error and protest to the referee in the 92nd minute, and after the result of the Persian Gulf-Rafsanjan copper match is determined, in the 95th minute the steel team manager Goes to the copper bench and the team returns to the game and due to the delay in the game, the referee considers 10 minutes of lost time instead of 7 minutes.

The coach of the Persian Gulf team added: The interruptions in this game have added to our suspicions. How is it that the Steel team, which needed 2 goals to advance to the semi-finals, scores two goals to the Copper team in less than a minute at the end of the game? One of the goals was scored in the final seconds of extra time, which was also illegal, and it was a penalty in the final seconds of the game that the refereeing experts could better comment on. At the end of drilling, 6 wins and goes to the semi-final stage.

Zare pointed out: By watching the game video, every refereeing expert and other experts, etc., will realize this issue. I think this was a predetermined scenario. I ask the football federation, the league organization, the ethics committee and the referee committee, etc. to intervene in this matter as soon as possible so that no team is lost.

Below you can watch the movie about the Persian Gulf Club:

Forecasting the stock market from the perspective of experts

"Red Rectangle" reconciled the people of Ilam with cinema 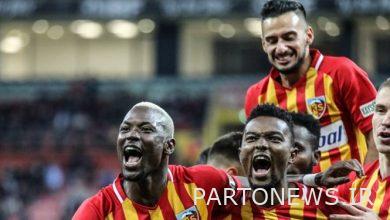 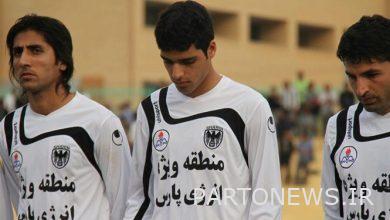 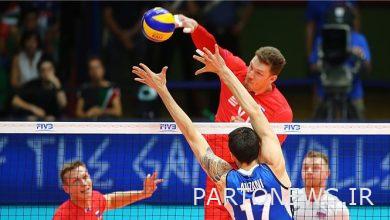 Asian Club Volleyball What are the tallest players in the squad? 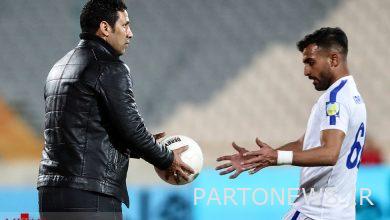 League results are unpredictable / We learned from the game against Persepolis