According to the report of Iran Economist, citing the public relations of the Central Bank, Ali Saleh Abadi, the head of the Central Bank, in the signing ceremony of the joint memorandum of understanding between 5 operating banks and the Ministry of Industry, Mining and Trade in the field of Gam bonds, announcing the operationalization of Gam bonds on 17 Aamil Bank requested more efforts to expand the use of Gam bonds and stated: According to the approvals of the economic headquarters of the government, it has been decided that at least 20% of the total working capital of the production sector this year should be done through chain financing, while the sector The rest should be done by querying the electronic invoice and connecting to the comprehensive business system.

He emphasized: Banks based on the new approvals that the share of each bank as Separately, it has been decided and announced to allocate more working capital to the pharmaceutical industry through bonds or Rial resources to solve the pharmaceutical problems of the country.

In this meeting, the Minister of Industry, Mining and Trade also thanked for the favorable cooperation central bank And the banking system regarding the implementation of GAM bonds and its use in the field of production noted: Considering the appropriate and satisfactory growth of production this year, the need for liquidity in this sector has definitely increased. Credit management and optimal allocation of resources should be synchronized and strengthened.

Fatemi Amin emphasized the expansion of the production chain financing tool as a non-inflationary method to support production and added: Production chain financing is a common method in the world and fortunately, in the past one year since the launch of this tool, as evidenced by official statistics, there have been improvements are you well We are in this field and it is necessary to pay attention to the expansion of this tool.

The joint memorandum of understanding between Pasarguard, Refah, Postbank, Karaman and Saman banks with the Ministry of Industry, Mines and Trade on the issue of operationalization of step bonds in the field of financing the production chain in the presence of the Governor General of the Central Bank and the Ministers of Industry, Mines and Trade and Economic Affairs and The asset was signed, based on this, the total number of banks operating in this field reached 17.

When are the dividends of non-stock equity companies paid? 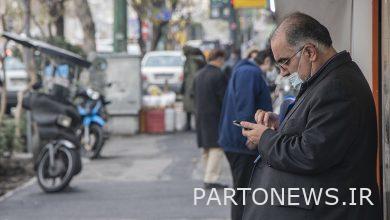 Subsidies to the lower deciles of the housing applicant / Who are the beneficiaries?