Parviz Iqbali, the judge of the comic strip section of the 14th Ashurai Art Mourning, said in a conversation with a Fars News Agency reporter: In Ashurai mournings, religious and historical issues such as Arbaeen are taken into consideration, which requires attention to a number of points.

He, who is one of the artists who worked in the field of Ashura stories and religious paintings, emphasized: Many people have a strong hand in the field of design and execution, but unfortunately their pens do not have an Islamic Iranian identity, that is, they are more influenced by foreign examples, while choosing paintings with the theme Arbaeen Hosseini, what is important is the language of the image, which should be in harmony with our culture, religion and religious identity.

The judge of the comic strip section of the 14th mourning of Ashurai art, referring to the history of pinnama and its different design methods, stated: What we are considering is that the western culture used in American, European, and Japanese pinnama is suitable for the visual language with which he wants to celebrate Arbaeen. And the Iranian Islamic story is not told.

Iqbali stressed that it is not possible to show Arbaeen in the American and Japanese way: due to the sensitivity regarding the expressive capabilities of the image, today’s illustrations should rely on the local culture and Iranian Islamic identity, although unfortunately based on the examples of the works of today’s youth. I have seen, young artists have not yet been able to follow this rule.

He added: What I have always been influenced by is Iranian Islamic culture, which can manifest itself in several things, including design structure.

The judge of the comic strip section of the 14th Mourning of Ashurai Art, stating that Iranian Islamic visual culture should be manifested in terms of design in terms of viewing angle, said: The second most important discussion in pinnama is the viewing angle from which angle we want to look at the image. The type of design structure in old paintings was usually from two angles of view, front and top. Of course, we do not want to inject this and say that it must be the same angle, but the artist can bring his view closer to reality to some extent, but the type of design and the angle of view should not be so. Exaggerated or crowded to remind us of the American pinnamas and…

He further added: The third characteristic of Pinama with the theme of Arbaeen is in the way of expressing the atmosphere of the work, which we put a lot of emphasis on. In creating space, it is important to how close our expression can be to Iranian Islamic language.

Iqbali continued: “In Pinama, we can see our special image culture in space creations and elements.” In this rule, we can show decorations, ornaments and design structure in clothing, space and architecture.

He considered the fourth most important point in the comic strip to be the discussion of execution and coloring and emphasized: We can approach the space creation and expression of Iranian Islamic paintings and illustrations in the execution, i.e. depict realistically, but in the execution the structure of the design and coloring Let’s go to the Islamic Iranian point of view.

خبر پیشنهادی:   The Pomegranate Festival of Siab Kohdasht Lorestan should be branded

Appreciation of the Ministry of Cultural Heritage, Tourism and Handicrafts as the best institution in the field of public relations and information. 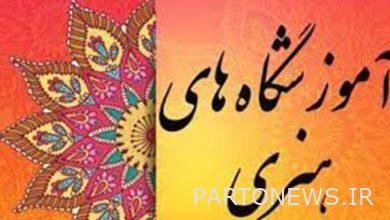 What path has Ali Shadman taken to reach the “rebel”?