Charso Press: In the words of Uncle Ben, the character of the “Spider-Man” series, “With great power comes great responsibility.” Although this famous advice says that power and responsibility have a direct relationship, but such a statement is far from the truth. Although responsibility is admirable, ego survival comes first. The smartest warriors know that concepts like strength are fleeting, while tactical skill will be useful forever. Those who wear themselves out in battle are likely to die sooner than cautious warriors who know their limits and act accordingly. Being strong is not always enough, especially if the fighter is facing an opponent who is much stronger than himself. These 10 smart movie fighters that you will read about in the following list (and you may not like some of them), have such characteristics.

10. Beatrix Kiddo in “Kill Bill” knows her limits despite her great power.

Beatrix Kiddo from Kill Bill, aka The Bride, is a highly skilled warrior. His unique martial skills are the product of hard training and abstinence given to him by his master Pai Mei. Kido wields a variety of weapons with equal precision, from swords and knives to his handmade Star Firestar M-45 semi-automatic pistol.

Despite his great skill, he knows his limits. He is hungry for revenge and has enough professional training, but because he knows that he has powerful enemies, he constantly improvises during his fights, even if he has to break open a heavy coffin with his bare hands and get out from under the ground. Kido’s fights with El, Bud, and Gogo show his indestructible focus on the battlefield. Few characters in Quentin Tarantino’s works are as disciplined and disciplined as Beatrix Kiddo. This intelligent fighter of cinema is one of the best and most inspiring female heroes of action films.

9. In Enter The Dragon, Lee solves a seemingly complex problem with a very simple solution. 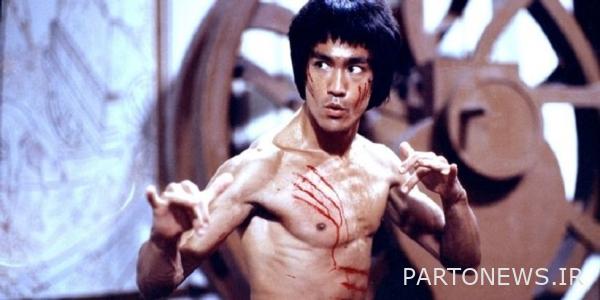 The Dragon Enters is one of the greatest action films of all time, and marks an amazing new era in Hollywood and Hong Kong cinema. Lee, the main character played by the legendary Bruce Lee, learns of his sister’s murder on the private island of the main villain. Lee is nearly caught while exposing O’Hara’s sabotage, but escapes before the Evil Han guards can arrest him.

The third arc, “The Dragon Enters,” opens in the form of a battle royale, giving Lee a chance to directly challenge Han. The villain’s famous mirror room becomes a problem for the film’s brave hero. However, Lee cleverly breaks the mirrors and immediately finds Han, a relatively simple solution to a seemingly complex problem.

8. Elastigirl in “The Incredibles” takes all necessary precautionary measures when it comes to her children. 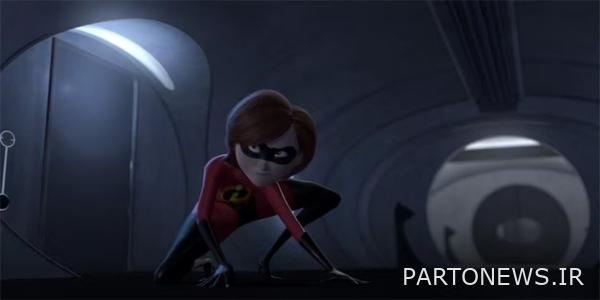 Helen Parr of “The Incredibles” has an extraordinary set of abilities. His elastic skills allow him to move quickly on land and water. Elastigirl can also transform into a winged outfit and jump into the air. In addition to her superhuman powers, Elastigirl is a skilled warrior with no need for weapons.

خبر پیشنهادی:   All the female roles played by Simorgh in the last ten years / the vacant position of an Iranian female

Elastigirl’s power sometimes exceeds that of her husband, though this only happens under Evelyn Deaver’s control. Elastigirl, the intelligent fighter of the movie, can fly a plane and a motorcycle in the same way, which is a sign of her endless skills. He also always ensures the safety of his children before engaging his opponents.

7. Ellen Ripley in “Aliens” challenged the queen of the aliens only after protecting her delicate body. 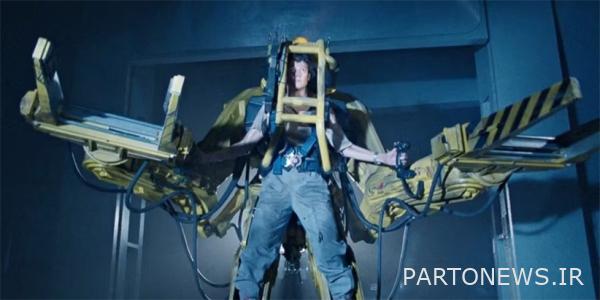 In Aliens, Ellen Ripley is the only survivor to escape the Nostromo unscathed, and goes down as one of the greatest action heroes of all time. Most humans would crumble before the xenomorph’s sheer power, sharp jaws, and acidic blood. But Ripley constantly avoids being killed with a combination of strategic intelligence and sheer determination.

In “Aliens”, Yutani’s Weyland Corporation convinces him to investigate the Earth-building colony LV-426, where he faces his worst nightmares again. However, Ripley defeats the Xenomorph Queen’s lone hand in an autoloader to protect her weakened body from the creature’s attacks.

6. Daniel LaRusso doesn’t need dirty tricks in The Karate Kid because he can fight smart 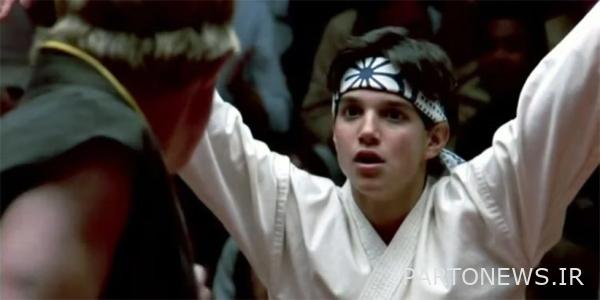 After moving from New Jersey to California in The Karate Kid, grumpy Daniel LaRusso gets used to his new surroundings. Unfortunately, Johnny Lawrence and his henchmen decide to harass Daniel for no reason, scaring him badly.

Mr. Miyagi teaches Daniel the art of karate for the first time, instilling in him a sense of self-confidence along with his new martial skills. Although Chris orders Johnny to “sweep him” (sweeping is a martial arts technique) in the film’s final scene, Daniel meets him with a killer kick to the face. This young hero does not need dirty tricks in the fight, because he is familiar with many tactical tricks.

5. In Gladiator, Commodus is smart and knows his limitations on the battlefield. 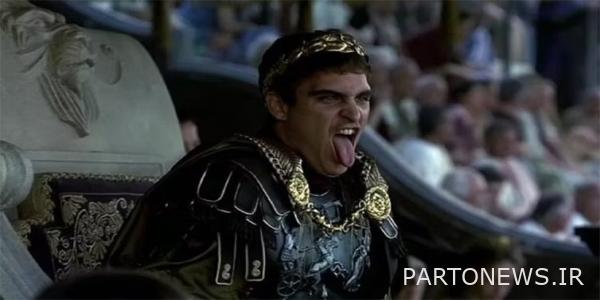 In “Gladiator,” Emperor Marcus Aurelius offers General Maximus Meridius the Roman throne, and the emperor’s real son is enraged. Commodus takes his revenge by killing his own father and hanging and burning Maximus’ family. There’s no doubt that Commodus is a terrible leader, but at least he’s smart enough to take the lead.

Commodus’ greed for public affection drives him to the brink of desperation, and shows why he stubbornly allows Max to live. However, Commodus happily tortures the famous gladiator, earning himself an eternal hatred. He later tries to kill Max on the battlefield, but before that he weakens him with a stab. Despite Commodus’ cautious actions, the gladiator triumphs over the lowly Roman emperor.

4. In “Harry Potter” (Harry Potter), everyone is aware of the genius intelligence of Hermione Granger 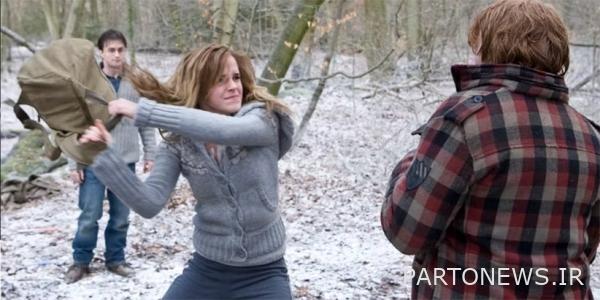 Everyone in “Harry Potter” is aware of Hermione Granger’s incredible intelligence and knowledge, including villains like Severus Snape. He is easily the smartest student at Hogwarts, probably on par with magical geniuses like Dumbledore, McGonagall, and Lupine. Hermione is not as talented as Harry at Defense Against the Dark Arts, but she surpasses the main character in all other areas.

خبر پیشنهادی:   The local clothing exhibition was opened in Tarem

Hermione is much faster moving than Ron or Harry; In fact, the two probably wouldn’t have survived The Deathly Hallows without the intelligence of their omniscient friend. Hermione eventually becomes the Minister for Magic, further illustrating her brilliant intelligence.

3. In “The Matrix”, Trinity runs away from battles in which she has no chance of winning 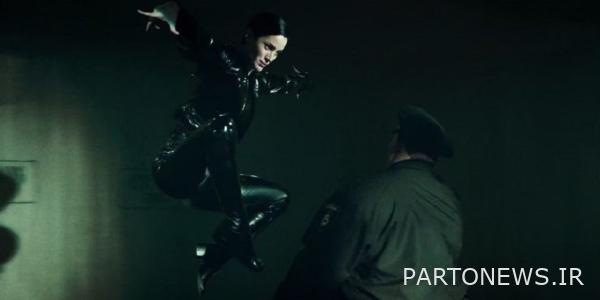 In “The Matrix”, Neo gets most of the attention as the chosen one. She relies almost exclusively on her Matrix powers to win over audiences, so Trinity has no choice but to rely on what she’s learned. While Nebuchadnezzar’s men are all tough guys, Trinity is probably the toughest, as she often runs away from battles where she has no chance of winning.

Trinity knows how to assemble a gun in seconds, and can drive multiple vehicles, not to mention her programming skills. Interestingly, Trinity’s character in The Matrix Resurrections remains as influential even after the psychoanalyst completely erases her memories.

2. In Aladdin, Aladdin successfully tricks Jafar into becoming a giant. 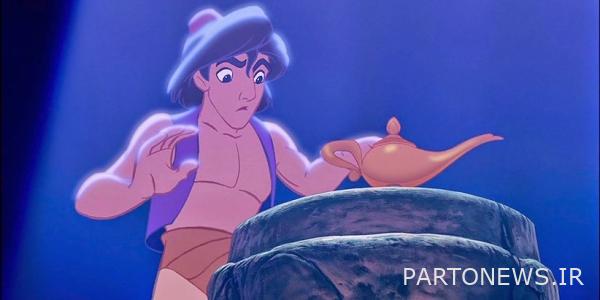 In Aladdin, the titular protagonist has legendary thieving skills, infuriating the local guards who try to arrest him. He fights with whatever weapon is at hand, humbly displaying the variety of his martial skills. Although Aladdin’s embarrassing secret nearly ends up being his downfall, he realizes his own lack of awareness and regains Jasmine’s respect.

Most importantly, Aladdin manages to trick Jafar into becoming a giant, trapping him forever in his own handmade lamp. Aladdin may be a rebellious teenager from the city of Scorpio, but his story proves that even street rats are sometimes smarter than the Prime Minister.

1. In Kung Fu Hustle, the landlady defeats the monster by channeling her power through a brass bell. 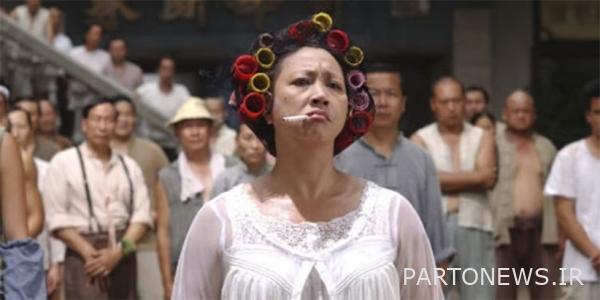 “Kung Fu Action” is full of very funny dialogue and very strong fighters, but none of them are as powerful as the lady of the house in Pig Style Alley. First introduced as a comedic character, he unexpectedly reveals his astonishing abilities against the harpists.

The roar of the landlady’s lioness shatters opponents’ resistance and defeating techniques, forcing the X-Team to go heavy on firearms. The monster first defeats the man and woman of the house, but the woman turns the tables by channeling her lion’s roar through a giant brass bell. The resulting attack knocks the monster apart.

Extension of the forgiveness plan of the future bank 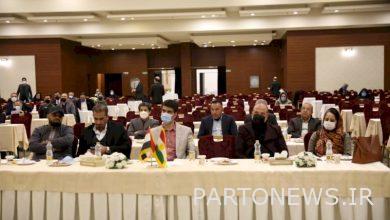 BtoB meeting with tourism activists from Pakistan and Iraq 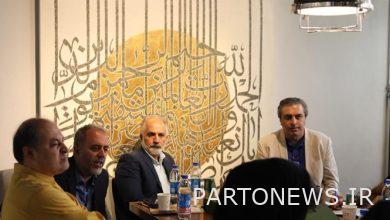 The unveiling of Sadegh Tabrizi’s book; A reference for the future