A look at the past of brick architecture in Iran, transferring the experiences of cultural heritage activists over the past 50 years to the young generation in order to provide the necessary conditions to continue in the coming years, reviewing the recommendations of the first, second and ninth conferences held in Iran Discussions and exchanges on the implementation methods of the proposals were among the topics of the meeting.

The use of clay in Iran has earthly and celestial reasons

Seyyed Mohammad Beheshti, the former head of the Cultural Heritage Organization, said at the meeting that the fact that clay is used in Iran has earthly and celestial reasons: “And the reason for this unrest is the amplitude of the oscillation and the distance between the minimum and the maximum are very high, such as the temperature where the temperature interval is long on the coldest night of the year and the hottest day of the year.

He added: “We have chosen the migration pattern for our living pattern to reduce this range, and we even moved from winter to summer inside our homes and removed this range; “But in construction materials, we could not use special materials for the coldest night of the year and the hottest day of the year, and the most practical material available was the same brick, and the peak that the brick conquers at present with interactions becomes the golden tile.”

خبر پیشنهادی:   He was appointed as the deputy of the Rudaki Art Cultural Foundation

Establishment of the first World Clay Assembly in 1351 in Yazd

“The first World Clay Assembly was held by Iran in 1351 in the historic city of Yazd,” said Rasoul Watandoust, head of the ICOM Iran Conservation Group.

Explaining that the present meeting presents a brief report on fifty years of work in the global perspective in our country in the field of brick architecture and where we were and where we are, he explained: The city of Yazd fell; And Mr. Samiei, who is from Qadma, held the first World Clay Assembly. “This conference was held years later in Turkey, Portugal, Italy, Mali, the United States, the United Kingdom, and three periods in Iran.”

“Emphasizing the need to protect and maintain brick buildings and take action for emergency protection in cities and villages, especially in Yazd, due to its special architecture, is one of the goals of this meeting,” he said.

Watandoost stressed: “We will try to make the proposals presented in this meeting practical; “The resolution of this forum will be published after approval and will be made available to all centers dealing with soil architecture.”

In the field of restoration, Iran has always been in line with global developments

Seyyed Mehdi Mojabi, a university professor and a leading expert in the field of cultural heritage, continued the meeting: “In the field of restoration and issues such as that of UNESCO, Iran has always been in sync with global developments; “And the best and most important measures have been taken in the two periods of Choghaznabil and Bam.”

“The young class’s view on this issue is very favorable and the current generation is very active in this field, and this capacity must be used to keep Iran in its place in the world,” he said.

Mojabi emphasized: “Iranian culture is very significant in terms of soil and clay. Clay is not the only building material that can be turned into concrete in the laboratory; “The depth of this culture is love and structure.”

خبر پیشنهادی:   Our cinema has become like the automobile industry/ in the next one or two years there will be nothing called cinema

Creative and learning cities in world architecture and urban planning

Sayed Ahmad Mohit Tabatabai, President of ICOM Iran, stated that apart from all the conventions and various works that are done in UNESCO, there are two active sections called Creative Cities and Learning Cities, on which architecture is formed: “They say that one of its attractive features is architectural design, and so far no city in Iran has been able to acquire this feature.”

He stated: “The city of Yazd has been registered globally; “But not in architectural creativity, but because it undermines the new features of urban management and urban planning, and the integration and sustainable design does not happen in the new models in this city, which is a special and valuable model as a special model.”

Mohammad Hassan Talebian, the former Deputy Minister of Cultural Heritage, said in another part of the meeting: “In recent years, the restoration movement has been launched to preserve the signs of the past, and in parallel, the impact of brick architecture on our architecture today is being studied.”

He added: “The issue that is currently being pursued in the world with the titles of earth architecture, sustainable architecture or green has a long history and experience in Iran and today young people and those who are compassionate should go back to the past and this type of architecture “To know deeply so that we can influence contemporary architecture.”

“Holding such meetings helps to introduce this ancient knowledge, and the valuable experiences gained from it can be disseminated and applied to young people dealing with new architecture,” Talebian said.

Preparation and compilation of a special bulletin of the mentioned meeting with the content of collecting and recording the expert opinions of the experts present for use in specialized fields related to the side sections of this meeting.

You will be saved only with the “hammer”! / The administration of justice in Shano Theater 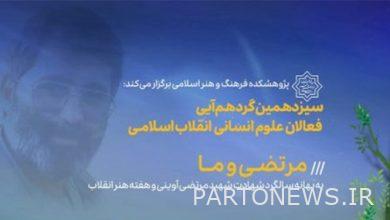 “Morteza and us” meeting; It is held on the pretext of the anniversary of the martyrdom of Martyr Morteza Avini 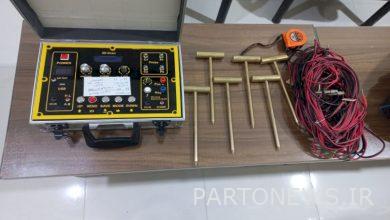 Discover a metal detector in Sarchan 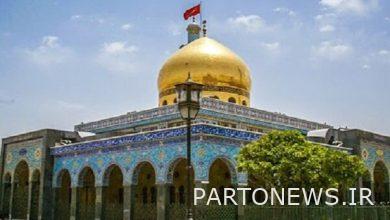