Mehdi Zare, a geologist, in a conversation with a social reporter of Moj News Agency, regarding the cause of soil salinity, which is known as a crisis these days, said: “Lack of water and water resources has led to changes in the environment, one of the most important of which is Evaporation of water is present in surface soils. On the other hand, with the widespread withdrawal of groundwater, as the groundwater level decreases, the soil not only becomes unsaturated, but also the surface alluvium gradually becomes in a state called aquifer death. For example, in the southwest of Tehran (south of Shahriyar and Mallard), where at one time, for example, in the mid-1950s, ie 45 years ago, in many places, water was drilled to a depth of 3 to 5 meters, while now in some areas alluvium is needed. They dig 250 meters or 300 meters to reach the groundwater level, and in the south of the plain, there are practically some places that, as long as they dig, they still reach the rock, that is, there is no water at all.

Water crisis in the plains of Iran

Emphasizing that one of the important consequences of these conditions is the compaction, collapse and disintegration of the soil structure, which shows itself as subsidence on the surface, he added: the same soil and alluvium and the percentage of minerals that remain, especially in In drought conditions, the salts in them are very high and this salt changes a lot of different conditions; We now have the same problem in almost all plains of Iran, except for a few places on the southern shore of the Caspian Sea, due to drought and severe lack of rainfall. This means that now the problem of this lack of rainfall and of course the pressure that residents are putting on surface water resources has caused a crisis in almost all plains of Iran, so that at the beginning of 1400, 420 of our plains were diagnosed with water stress and this issue is 50 Last year, maybe something was not about 20 to 30 plains; So about 75% of our plains have the same problem.

خبر پیشنهادی:   Commemoration of the youngest martyr who defended the Iranian shrine in "From the Sky"

Zare continued by pointing out that there is no simple and immediate solution to control this situation, ie the crisis of soil salinity, and that everyone who comes up with immediate solutions usually does not get sustainable answers: “Solutions are all difficult solutions with percentages of damage.” Therefore, it is necessary to consider how to choose a solution with less damage. Any solution that exists if it only wants to solve the water problem will not work. Because the main issues related to this area are social issues, population and population concentration and distribution. Therefore, any solution that can be proposed for this area, if it is to be successful, must be seen in the form of a macro-social plan, which must also be aimed at reducing population concentration and proper distribution of population in metropolitan areas of Iran.

The geologist stressed: “If you see that many of the programs that have been implemented or are being implemented do not work, it is because it is not seen in a large governance package, and usually the proposed solutions are such that things can be done.” That means doing something right now and spending today to get to next year; But what I have said is that to a large extent a social-governance package has to be devised. In fact, the economic and cultural consequences and conditions and what is related to people’s lives must be considered. If so, then we can say that a plan to control the use of soil and surface water resources could be close to reality.

خبر پیشنهادی:   The biggest field show of Ghadir is performed in Bostan Velayat

“Many crops should no longer be cultivated, according to agricultural experts, and this requires an important decision,” said Zare Babian, who has to change the type of many crops they make or the technology they use for these programs. If we want to move towards the protection of water and soil resources, it is necessary to make decisions that are aware of such consequences in those decisions, and then the necessary justifications for such changes are seen.

“These solutions are good, but they work in the short term,” he said of using solutions such as adding salt-reducing fertilizers to the soil and washing the soil. Planting salinity-resistant plants is also a short-term way, while municipalities prepare themselves to change their irrigation methods (even if it is recycled water). Because in many cases, even in the worst drought, we have seen that the irrigation policy of municipalities has not changed, and this in itself makes the situation more critical. 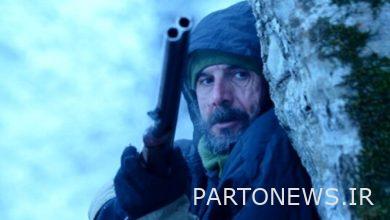 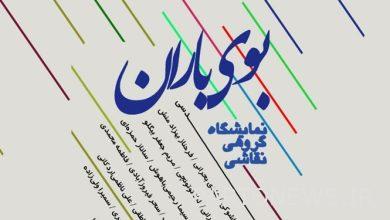