In an interview with ISNA, Ismail Brat added: Currently, the number of tourist guides in the country is close to 14,000, and according to the indicators calculated by the Ministry of Cultural Heritage, Tourism and Handicrafts, about 2,000 of them are in dire need of benefits. and they are an insurance support incentive from the government, which has been approved by the Islamic Council in the budget law; Therefore, after reviewing and receiving the opinions of the organization of guides, the Ministry of Tourism proceeded to calculate and communicate specific indicators and sent the list of qualified guides to the Social Security Organization.

Referring to the follow-ups carried out by the ministry, the deputy director of tourism services supervision and evaluation said: the guide insurance issue has always faced many problems and ups and downs; From legal investigations, the approval process of the Islamic Council in the budget law to determining the percentage of the government’s share, receiving inquiries and advisory opinions, credit allocation and depositing funds to the account of the Social Security Organization, problems caused by different perceptions of the place and row of the budgets deposited, etc. All of them caused the Ministry of Tourism to repeatedly follow up on the issue through the Program and Budget Organization, the Ministry of Labor, the Subsidy Targeting Organization and the Social Security Organization and by conducting dozens of correspondences with the trustees and holding numerous meetings in Different levels of management should try to realize this.

Brat continued: The Minister of Cultural Heritage has placed special emphasis on the continuation of insurance support for guides, and recently, in the last meeting (about a week ago) held by the Minister of Tourism with the First Vice President and Acting Minister of Cooperatives, Labor and Social Welfare, the list of guides that On the part of the Ministry of Cultural Heritage, Tourism and Handicrafts, based on the statistical indicators, they are still subject to insurance incentives, and there is no need to worry in this regard.

He emphasized: The Ministry of Tourism has this issue on the agenda and with continuous follow-up, as far as possible, it will not allow the removal of guides’ insurance.

Referring to the by-laws of “Azmon Wasa” the deputy of supervision and evaluation of tourism services said: In the said by-laws there is no suitable criterion and index for evaluating the capacity of guides, so if we use this by-law as a criterion, a limited number of tourist guides will be included. They are insured. This is while the guides are constantly traveling based on their specific job, and the assessment of their scope is very different from other people, and the considered bases cannot be a suitable criterion for evaluating this group of hard workers; Therefore, according to the consultations of the Minister of Cultural Heritage, Tourism and Handicrafts with the First Vice President and Acting Ministry of Cooperatives, Labor and Social Welfare regarding the insurance of tourist guides without extensive examination, we hope that with the agreement made with the Ministry of Cooperatives, Labor and Social Welfare The government’s support for this group of tourism activists should continue.

Emphasizing the importance of the position of tourism guides, Brat reminded: Among the human forces and activists of the tourism sector, guides have a distinct and effective role. Tourists, both domestic and foreign, upon entering the destination, need to learn about the various aspects of the destination, such as attractions, routes, culture and history, etc. Meanwhile, the effective and fundamental role of tourist guides is undeniable; Because they are in direct contact with tourists and spend more time with them than other activists. But despite their effective and irreplaceable role, tourist guides are one of the weakest groups in the field of tourism and they need the government’s support.

Based on this, the Deputy Minister of Tourism of the Ministry of Cultural Heritage, Tourism and Handicrafts in a letter to Ali Mohammad Fallahzadeh – Secretary of the Public Affairs and Human Capital Management Commission of the Government Office – objections to the “Executive Statutes Clause G” Note (17) of Article 1 of the Budget Law of the year 1401 of the whole country, on the subject of insurance exemptions for insured persons without an employer in the social security organization based on income tithes, has been mentioned in six paragraphs and has suggested that the text of this regulation be referred to the sub-commission for further review and correction.

In that letter, dated August 1, 1401, Ali Asghar Shalbafian mentioned: “According to the review carried out in the draft of the relevant regulations, no appropriate criteria and indicators have been considered for the evaluation of the number of guides, so according to the calculations of the Ministry of Cooperation, a very limited number It is considered between 1 and 4 deciles. This is a calculation error arising from the indicators defined in the Ministry of Cooperatives, Labor and Social Welfare, including traveling abroad, checking bank accounts, the type of vehicle and the financial resources of the head of the household.

In the following, it is mentioned that “the guides are constantly traveling based on the nature of their work, and the expenses related to holding the tour are deposited into their account by the travel service agencies and are collected and spent at the destination. Also, as a guide-driver, they have forced themselves to buy an expensive car suitable for transporting tourists, and their car is considered a work tool. On the other hand, their income is seasonal and sometimes the income obtained in one month is sufficient for six months. Another issue is the activity of single yet independent people in this job, which has been the criterion for determining the financial capacity of their parents; Therefore, the examination of their size is very different from other special strata, and the mentioned indicators cannot be a suitable criterion for evaluating this group of hard workers.

The vice president of tourism has also noted: “Guides are mainly educated young people who are fluent in at least one foreign language, but due to the country’s tourism industry facing political, social, regional crises and oppressive Western sanctions, they are always worried about their job security and in As a result, they are looking for jobs with higher job security and possibly immigrating to other countries. Due to being self-employed and not having a wage-earning relationship with a fixed employer, they have also been deprived of receiving unemployment benefits, and they are in the severely damaged group among jobs and severely damaged due to regional, social and health crises.

Shalbafian clearly emphasized: “If the proposed clauses and proposals are not fulfilled, the Ministry of Cultural Heritage, Tourism and Handicrafts strongly opposes this regulation.”

Robert Mali: No agreement has been reached with Iran 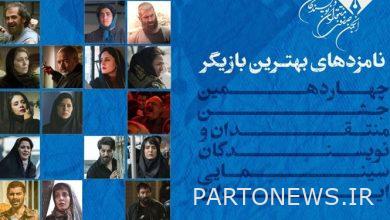 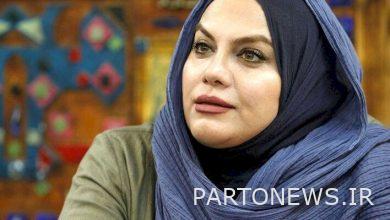 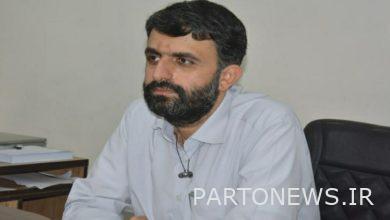 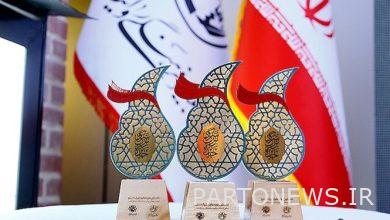 The winners of the Cypress Award were announced