Mizan News Agency – According to the official website Abadan Oil Industry، Alireza Mansoorian Regarding the latest situation of the Abadan Oil Industry football team, he said: Mojahed Khazirawi and Ali Mohammad Dehghan have not participated in training so far, but God willing, they will be added to the team from today and the staff will be completed. We lost a lot of time and we only have one more month to prepare the team and start the league. Most of the teams played their second or third friendly this week, but I think we can finish our team soon.

He said: “In the back of the ground, we only bought Mohammad Bakhtiari.” Shervin Bozorg was added to Naft Abadan as a striker, which was a very good purchase, because Abadan football has been deprived of having a striker for years. We need to know what plans we have for the minutes we have scored. We started late, but we could not get a full body. We need to increase the pressure of our training scientifically. Three weeks after the start of the tournament, at a very good time, the national team games will help us, and at this time we will prepare the children for a rest, because if we want to enter the gym 100%, we will be out of the gymnastics pressure drop by the sixth or seventh week. We do not wash.

The head coach of Abadan Oil Industry team said: I am happy to be in Abadan, because it is one of our most important football cities and everyone understands football very well. The ladies or gentlemen of Abadani are football players and they sleep and wake up morning and night for the love of the oil industry. Their pleasure and fun is this team and our effort is to create unity. We want to join hands with our outside team and our twelfth friend who are fans, veterans, city political officials, especially members of parliament, refinery officials who have really supported the team over the years, and fight on a united front for the oil industry.

Mansoorian added: “We are also the custodians of this flag and we know that Abadan alone has had many greats in the country’s football from 1945 and 1950 until today, which is 1400, some of whom are still alive and some of them like Parviz Dehdari, my great master who I was proud of his student and my favorite players in my childhood, namely Ebrahim Ghasempour and Abdolreza Barzegari, with whom I was proud and played football for a month in the UAE, are among the greats of Abadan, but we must invite everyone to unite.

He continued: “This year is a difficult year, because in terms of budget, we may not be able to compete with 10 to 11 teams in the table.” Many teams close with more than 100 billion, and we need to make the most of our youthful treasure and make some worthwhile purchases. I would like to have a bank guarantee and buy at least four foreign players or have four very good hunts in the league, but we started our work too late and most of the top level players in the league have been removed by other teams. We are lucky to be able to have the same 3-4 new players in our team.

The head coach of the Abadan Oil Industry team stated: “Overall, we are facing a difficult year in terms of our financial ability, and I knew I would have a difficult year.” Two teams are very important in the country and I like them very much after independence. The third team was Esteghlal Ahvaz, whose situation in Khuzestan is unknown and we do not know what the conditions are, but the oil industry, sailors and textiles are the three teams that have something to say in the country. Abadan is the cradle of football and everyone has something to say in it.

Mansoorian continued: the space for criticism and definition is open and we listen to any criticism and use it in the best way. We are not used to hearing compliments, because as a football coach you can never be very happy. You may play well today, but next week the result will not be acceptable to the fans. Overall, our turning point and victory is the union that should be in the city. I want all my loved ones, who are also my crown prince, to support the oil industry on a single front without any problems. This team was able to stay on its feet in some parts in previous years, but thank God it is still on its feet and I hope we can pass this stage this year.

He pointed out: “I wanted to be in Abadan this year, because I was away from this football treasure for years and I took each of the stars from Abadan, Khorramshahr, Ahvaz and northern Khuzestan to my teams.” I see we have very good young people in the oil industry. Of course, they should be accompanied by our good experiences. I ask the fans to pray so that we can be a good trustee.

The head coach of Naft Abadan said about the people he intends to participate in this team: “We definitely have three more purchases in the defensive line.” We bought Ahmad Gohari for the post of goalkeeper. We want to make the back line strong so that the upper part of the team does not have to work hard during the game. With the presence of the great Sherwin, the good youngsters and the addition of Hassan Beit Saeed, the conditions of the upper part of the team have reached a level that if we find the balance in the lower line, our team shape will improve. We want to play forward and proprietary football in Abadan, which is specific to the football of this city. That’s why we have to buy three more defenders.

Mansoorian continued: “Except for Bakhtiari, who has been recruited, we will enter the tournament with five players behind.” We are trying to add a good young man from Khuzestan to repair the back of the team. If we learn not to score in the oil industry, we can easily score, because the top of the team will be very good. The only player whose presence in the back of the field is very important to us is the left and right midfield defenses. With a small bodybuilding pack, we can start the season well up to the first three weeks and then get closer to that ideal situation.

How can Persepolis defeat Al-Hilal?

The price of Kurando reached more than 1 billion + table 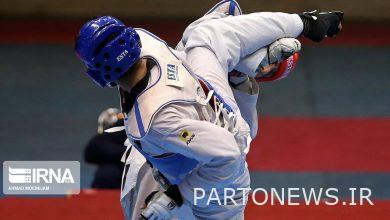 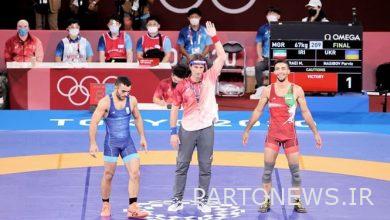 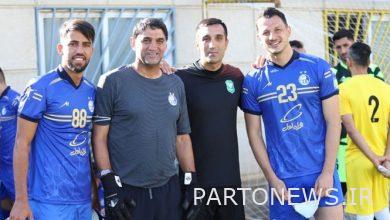 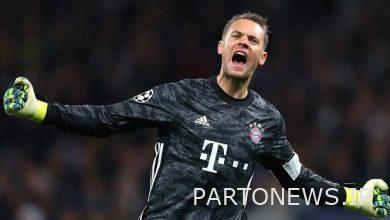