According to the online economy report, quoted by Tasnim, car wash engine It has its own principles, and if you do not have the necessary familiarity with these principles, there will be a high possibility of causing a lot of damage to the car in case of improper washing. Definitely, the cleanliness of the car engine can help a lot to improve the performance of the car engine and is in line with the proper maintenance of the car.

But the point is that washing the car engine or the same car wash engine There are methods that are different from washing other parts of the car, and the reason is quite clear that the most sensitive parts of the car are inside the car engine, and many of these parts can be damaged if they come into direct contact with water.

Many car owners don’t believe in cleaning and keeping the car engine and the components under the hood clean, but according to car experts, getting the engine dirty and keeping it dirty for a long time leads to damage to the car and also reduces engine efficiency. It becomes a car. Also, experts recommend that you clean the car engine once a year or the same procedure car wash engine do the And as we said, this work has certain steps and must be done according to the principles and following some points to prevent damage to the car engine. For this, you can go to reputable car washes and get a guarantee that they won’t damage the car, but if you want, you can do it at home with simple basic equipment.

The second stage of washing the car is to move the car to a place where the contaminated material does not pollute the place and does not cause environmental pollution, and if you do not have access to such a place, it is better to go to a car wash. Because a lot of greasy oil flows after washing the car engine.

The fourth step is to cover the electrical parts of the engine with plastic to avoid danger. Also, cover the air intake and carburetor (in older cars) with aluminum foil or plastic.

The fifth step is to clean all the dirt on the surface of the engine with a brush or plastic brush.

In the sixth step, dissolve two cups of washing liquid with 4 liters of water and apply the solution on the car engine with a brush and completely wet the engine with this washing solution.

In the seventh step, wash the engine with a hose under high pressure.

You can also identify the best car engine detergents by reading the car manual. Because, for example, sometimes you need to use thinner as an anti-fat; And then remove the plastic covers after washing and use the car after the engine is completely dry.

Sales plan without car lottery / price difference with the market 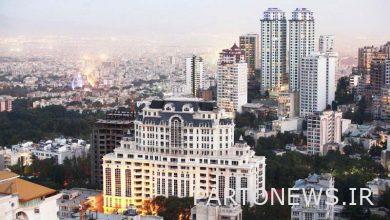 These houses in Tehran cost 400 million tomans per meter 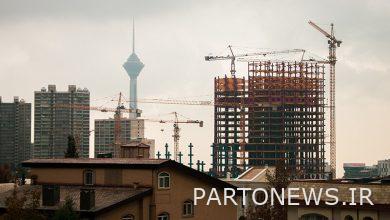