According to Tejarat News, according to the announcements published in Kadal site, Three listed companies have updated their consolidated monthly activity reports. Which companies published the new financial statements?

In this period, the company realized a profit of 258 Tomans per share, which has decreased by 3% compared to the same period.

Calcimin Company with the symbol of Fasmin published the financial statement of 12 months ending in the year 1400 in Kedal.

The company set a profit of 389 tomans per share in its 12-month period and had an increase of 94 percent compared to the same period last year.

According to KadalThe company has made a profit of 7 Tomans per share in this period, which shows a decrease of 18% compared to the same period last year.

خبر پیشنهادی:   Did the rental market go into a coma?/ Are the conditions for tenants getting worse?

Sassaf was able to achieve a profit of 168 tomans per share with an increase of 16% during this period.

The company’s net profit increased by 132 percent to 242.8 billion tomans and gross profit recorded a growth of 129 percent.

The unveiling of the MG4, a Chinese-British electric hatchback / another competitor for Tesla + images 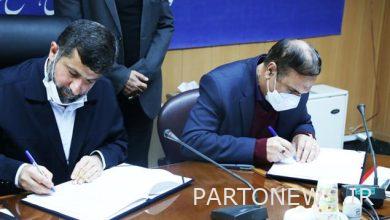