Fars News Agency – Radio and Television Group: In my Fars system, Fars News Agency has launched a scan under the title “Start the fight against bad hijab on the radio and television” and it is still increasing. The explanation of this scan states: When movies are shown on TV that the hijab of a female actress has not been observed, in fact, it is a kind of encouragement of the society that the hijab is not observed completely, and in the end, the situation leads to the discovery of hijab.

The culture of hijab in society can start from the national media. By making a film, animation with the content of the necessity of hijab in Islam and preparing a report from the society and questioning the bad hijabs, its repeated broadcast on TV, the fight against the lack of hijab will start in the society and the culture of hijab will be promoted (like working to fight Became infected with the coronavirus).

From the perspective of behavioral pathology, several causes can be identified for this problem, among which the issue of modeling.

The internalization of hijab requires a strong and independent individual identity so that it is not a compulsion, but a logical and individual choice to acquire a social personality.

It is the most prominent manifestation of this social problem. This means that when a young Iranian teenager sees his favorite artist on TV, he consciously and subconsciously tends to imitate, shape and be close to him, and in this assimilation, the closest and easiest thing for him is to present himself as an artist. He got his favorite. Hence, the role of the media in presenting the image of the artist becomes serious, and it must advance its policies in such a way that the artist is introduced to the target audience with a well-groomed and justified appearance.

The national media, as a cultural and influential institution, always strives to take effective steps in various fields. One of these steps is to provide appropriate models to different segments of society, in this regard we can refer to the model of hijab.

If we take a look at the record of TV series during these years, we will find that in the form of plays, women with appropriate hijab patterns are introduced to the viewers, powerful women who are both socially active and emphasize their hijab. In fact, the record of the Radio and Television in this field is not only clear, but it has also received an acceptable score, because such characters have been popular with viewers, especially women, in TV series.

Hence, in many of the contents that are broadcast on the national media, all the standards of observance of hijab and chastity are properly and accurately implemented on television. They are appearing in cyberspace and public arenas. Here he is an artist and a world of virtual platforms in which he can show any form and image of himself with any kind of cover and hijab and no hijab and the audience who knows his favorite celebrity from the TV frame, here with the same invisible thread Brings and pursues in the space of virtual freedom and liberation, and such fashions and clothes are reproduced from here in the thinking of the audience, generally young and adolescent.

All the rules of hijab and chastity are performed correctly and accurately on television, but here the problem goes beyond television, where the same artists with the shape and image they like appear in cyberspace and public arenas.

The reception position of the national media is so high that sometimes, not wearing scarves or shawls for women or an unusual dress for men seals the same appearance and the audience accepts the same appearance with more confidence and tries to repeat the same cover with the slightest respect. It goes into detail, and here this acceptance is much higher because the national media is kind of a seal of approval for the audience, and here even families who care more about such cases are more receptive to examples on this scale because the media is the “national media.”

In the final analysis, three issues are raised regarding the national media:

First The television of the Islamic Republic of Iran should strictly monitor the appearance of celebrities and artists who appear in various programs such as serials, telefilms, series, routine and live programs, so that issues in their appearance do not lead to misrepresentation among young people and adolescents. Have.

Second That the national media should cooperate with celebrities who are polite even on television but appear in the media and virtual networks with an undesirable appearance, or guarantee the same behavior and coverage from them, because the national media on the other hand treats them with respect for young people. And then, celebrities with their favorite behavior and appearance in cyberspace, follow the same ones that they have followed with the credibility of radio and television, so the problem that occurs at the end of this chain definitely goes back to the national media. And with this perspective, the officials of the organization should try to improve the situation and manage the behavior and cooperate with artists and celebrities who have caused social harm in our country with their dual behavior and cover.

Third That the national media should improve the quantity and quality of production of content that deals with the category of hijab and chastity, and with management and planning, create and distribute the subject of hijab in formats that are primarily attractive in order to convey their message with Convey maximum attraction to the audience, and secondarily, this content is also quantitatively significant, while today programs with a focus on chastity and hijab on radio and television are at the lowest level of production.

خبر پیشنهادی:   He was appointed as the deputy of the Rudaki Art Cultural Foundation

If all cultural and social institutions plan and try to institutionalize the hijab, but the hijab is not internalized and accepted by the heart and belief, the social identity will not be realized in a desirable way.

* Chastity and hijab are equal to strengthening the family, the ideal society and without social anomalies

According to the research center of the Broadcasting Organization of the Islamic Republic of Iran, the culture of chastity and hijab, in the position of individual identity and social credibility, is an opportunity to create an ideal society away from social anomalies. Ignorance of this culture, as a moral value and social identity, threatens the strengthening of the family and the cultural and moral security of society. If all cultural and social institutions plan and strive to institutionalize the hijab, but the hijab is not internalized and accepted by the heart and beliefs, the social identity will not be realized properly. Accordingly, the internalization of the hijab requires a strong and independent individual identity so that it is not a compulsion, but a logical and individual choice to acquire a social personality. Therefore, in order to reach the ideal level in the field of hijab or at least reduce the distance with it and the possibility of planned control of the environment and guide normal trends in the directions in line with the cultural expectations of the Islamic system, coordinated and comprehensive measures are needed.

* The hijab approach requires the integration of all devices

In order to institutionalize, spread and maintain the culture of chastity and hijab in society and to combat bad hijab, each of the educational, research, educational, cultural, religious, social, economic, disciplinary and judicial institutions have a duty and responsibility. Meanwhile, the national media, due to its high cultural and social acceptance, high audience trust in its model aspects as a cultural spokesperson and promoter of the values ​​and ideals of the Islamic system, a large and influential audience, can converge among responsible institutions. Follow up and critique the creation and unprincipled activities of formal and informal organizations in this field. Also, reflect the positive activities of other organizations with the aim of promoting collective insights and sensitivities. Therefore, one of the most effective tools in improving the culture of chastity and hijab is the national media, especially television.

Cup Winners' Cup? Why not! / We have come to fight 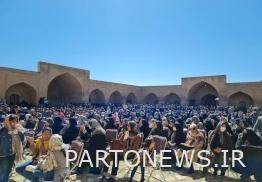 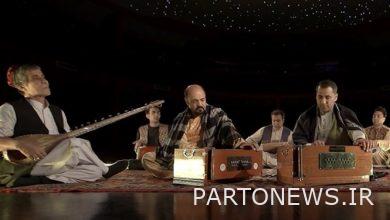 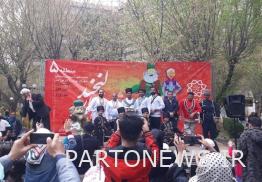 Accommodation of more than 72,000 tourists in accommodation centers of East Azerbaijan / The average occupancy rate of hotels in the province is 67%