According to the financial news report, quoted by Maskan Bank – Hibna, Ali Askari, head of Maskan Bank, referring to the performance of this bank in the 9 months of this year in granting facilities, said: the total facilities granted by Maskan Bank during the 9 months of 1401 were more than 99 thousand billion tomans. Based on this, it can be said that the bank has registered a significant record in the field of lending this year.

He added: the total amount of facilities granted by Maskan Bank this year indicates a growth of 172.3% of the bank’s facilities compared to the same period last year, which is a good indication of the bank’s program and performance for granting facilities, especially in the sector Its specialty is housing.

Askari described the approach of Maskan Bank in the field of providing facilities, helping to increase and jump in housing production and facilitating home ownership and meeting the needs of the people in the field of housing and stated: This is why Bank Maskan, as a specialized development bank, this year has 100 It has allocated a percentage of its facilities to the housing sector. The housing market, as a vast market that uses different and diverse products for its construction, has a very high capacity for investment.

386.6% increase in the lending of Maskan Bank in the civil partnership sector

He added: The facilities provided by Maskan Bank’s civil partnership from the beginning of 1401 to the end of December of this year is equivalent to 58 thousand 527 billion tomans, which compared to this type of facilities granted in the same period last year, has increased by 386.6%.

خبر پیشنهادی:   The blind spot in the transfer of car manufacturers / will the government give up its shares? - Tejarat News

He added: One of the factors that make investors interested in this field is the rapid return of capital in the housing construction sector, and the government has planned and implemented certain policies and programs in this field, which must be based on the infrastructure necessary for production. A lot of housing should be provided including industrialization in the country, which will accelerate the process of building housing in the country.

The head of the housing bank emphasized: the prosperity of the housing sector will make the country’s economy flourish, and by identifying and counting the factors that accelerate the construction process and capital return in the shortest possible time, we can help finance the housing production jump law under the National Housing Movement Plan.

Sichuan victory in the presence of Hamed Haddadi 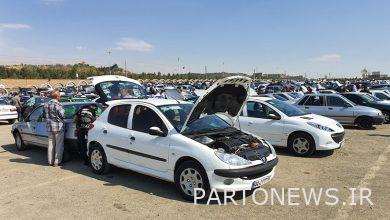 Details of how to pledge shares to get a loan 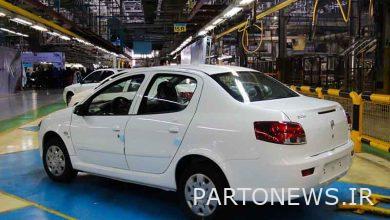