According to Fars news agency, the documentary “Bikhodafazi” directed by Sajjad Rajab Bloukat and produced by Mohammad Reza Karbalai and Ehsas Shadmani is a new production of Sima Documentary Network, which will be aired on Thursday.

Referring to the subject of this documentary, Karbalai, the producer of this film, said: In this work, we have looked at the issue of athletes’ asylum from a new perspective and examined this issue in a critical manner. The issue of asylum and immigration is an issue that exists in all countries and among all classes, but we looked at this issue from a new perspective.

He continued: To make this documentary, we examined the issue of athletes’ asylum from 3 basic aspects. Subjects that may be a kind of red line in their place. The first issue is the issue of Iranian athletes not appearing before the athletes of the Zionist usurping regime, and the events after that can somehow provide a platform for Iranian athletes to seek refuge. Our main question in this section is why the authorities do not support the athletes who refused to appear before the Israelis, or is their support weak?

Referring to Saeed Moulai’s case in this documentary, he said: From this point of view, we have a look at Saeed Moulai’s case and we have investigated the events that caused him to go outside of Iran. In this section, we have mentioned that many of our athletes do not like to emigrate, but some officials with their lack of place bring the matter to the point where they make such a decision.

The producer of “No Goodbye” added: In the next part, we went to the athletes who, ironically, took the path of asylum because of too much attention. You can see an example of this in the case of Kimia Alizadeh. He decided to emigrate despite being noticed by the authorities and receiving a lot of support. In our opinion, this issue should have been discussed.

Referring to the conversation with the athletes who returned to the country, he said: The third case examined in the documentary “No Goodbye” is a discussion about the events after the Iranian athletes took refuge. For this purpose, we went to a number of athletes who emigrated from Iran, but returned to the country again. Their words are worthy of reflection and many of them talk about false propaganda that pushes Iranian athletes to seek refuge.

About the narrative form of this work, Karbalai said: The main part of the documentary is the interviews we took with different people. We had interviews with athletes and officials. Among the famous faces who were in front of our camera, we can mention Mr. Salehi Amiri, the then head of the National Olympic Committee, the head of the Veterans Sports Federation, and the then heads of the Taekwondo and Judo Federation. We have also used archival images for interviews.

According to this report, the documentary “Farewell” will be broadcast on Thursday, January 15 at 22:00 on Sima documentary channel.

The end of the message/t 30

The comprehensive exam of tourism courses will be held in Ilam

386.6% increase in housing Bank's facilities in the civil partnership sector

“Shahrak” with Saed Soheili is applying to enter “Fajr” 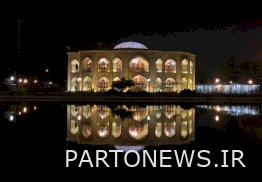 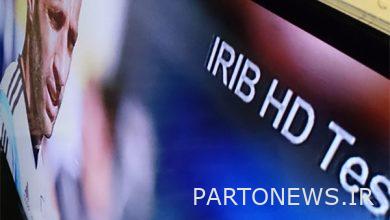