According to Tejarat News, one of the problems that the high prices of recent years have created for people is the problem of excessive rent increases. Now, according to some reports, families spend about 70% of their income on housing rent. But what factors have been effective in increasing the rent price?

According to the announcement of the Iranian Statistics Center, in December of this year, inflation has reached 5.48 percent. At the same time, the statistics of the Central Bank show that the average housing price in December last year was 32 million 590 thousand tomans, which in December this year was 48 million 73 thousand tomans.

Therefore, one-year housing inflation is also estimated at 47.5%. In the past year, rent inflation has grown by 3.41% in line with these two indicators.

According to these statistics, housing inflation in December increased by 9.2% and general inflation by 0.8% compared to the previous month. Also, rent inflation has grown by 2.5% in Azar.

The relationship between housing prices and rents

Baitullah Satarian, an expert on the housing market, said in an interview with Tejarat News about the relationship between housing prices and rents: “Of course, when the price of a product increases, all variables related to it also increase in price. The market custom is that usually 15 to 20 percent of the property price is calculated as a mortgage for that residential unit.

He explained about how the rent is calculated: “When the price of housing grows to a large extent, this amount tends to 15%. Where the housing has not yet increased and the number of applicants for housing rent is high, it goes to 20%. Every 100 million tomans of mortgage is three million tomans of rent, which is converted.”

Satarian also added: “The housing price has a direct effect on the rental price. There are other situations in which housing prices rise and buyers are forced to mortgage their homes, which increases rental prices.

The statistics published by the Iranian Statistics Center on general inflation and comparing it with the monthly rental price show that housing rental prices have also increased in line with inflation every month.

Also, the increase in housing prices in the past year has been one of the factors in the increase in rents. Therefore, in general, it can be said that if the government does not curb the general inflation of the country’s economy, the price of housing and, as a result, the rent will increase, which will result in a day-by-day decrease in people’s ability to provide shelter. 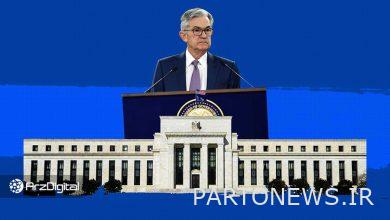 Countdown to announce the outcome of the US Federal Reserve meeting; What are the consequences of a 0.75% growth in interest rates? Prediction of the stock market for tomorrow / will the capital market stabilize?