According to Tejarat News, the downward trend of the stock market, which started in the last days of May, continued yesterday. On Monday, the total index of Tehran Stock Exchange lost 130 thousand billion tomans of its value with a heavy drop of 1.7 percent. Rumors about the increase in bank interest rates as well as the upward trend in interbank interest rates seem to be the cause of the downward trend in the stock market index.

Quoted from fellow-citizenDespite a 33% growth Exchange From the beginning of February last year to the end of May this year, the stock market has entered a downward trend since the last days of last month, which has led to a decrease in the value of retail transactions.

This downward trend in yesterday’s exchanges continued and caused the total index of Tehran Stock Exchange to reach the level of one million and 514 thousand units with a decline of 1.7%.

Technical analysts believe that if the index falls below 1.5 million units, there is a potential for the total index to retreat to the range of 1.4 million units, but the index is likely to fall to less than these figures due to the fundamental components of the economy. It is very weak.

Such an experience has existed in the past; In the spring of 1999, the interest rate on fixed income securities decreased and the stock indexes experienced extreme growth, and then, along with the growth of interest rates on debt securities again, Exchange Decreased.

In such a situation, unconfirmed rumors and rumors about raising bank interest rates have been heard since a week ago. Along with these rumors, statistics show that the interbank interest rate has been on the rise since the beginning of this year, from 20.36% to 20.55%.

خبر پیشنهادی:   Do's and don'ts when welding a car on hot days

At the same time, the latest news indicates that some money market-related institutions have made proposals to the government in this regard in order to curb the growth of inflation. Last week, the central bank’s economic deputy had implicitly supported raising bank interest rates, prompting a wave of speculation about rising bank interest rates.

According to Peyman Ghorbani, the interest rate on deposits has not changed since July 2016 due to various factors and considerations; But the monetary policymaker can take the lead in adjusting interest rates on deposits and bank facilities, given the circumstances. In the economic literature, raising interest rates is one of the tools of monetary policy that can act as a barrier to inflation in the short run, but its implementation in the long run can also have destructive effects.

Hassan Kazemzadeh, capital market expert in confirming the effect of bank interest rates on decline Exchange In yesterday’s exchanges, he said: “The market, under the influence of fear of rising interest rates, experienced a relatively heavy negative day, so that the value of small transactions reached a total of 5,000 billion tomans and real shareholders sold a total of 1,000 billion tomans of their assets to legal shareholders.” .

خبر پیشنهادی:   The time of notification of car importation has been determined

He continued: “The stock market decline in yesterday’s exchanges occurred in a situation where due to rising currency prices and the stabilization of global commodity prices, the stock market was not expected to decline, but fear of monetary policy over the past two years for the stock market above all. It has been more important.

The effect of raising interest rates

Experts agree on the effects of rising bank and interbank interest rates on the capital market and believe that rising interest rates could lead to a decline in stock market indices.

Navid Rajaei, a financial market expert, says that raising interest rates means suppressing demand and thus will affect the sales of companies. Stocks and profitability of companies decrease; A factor that will attract the general public to invest in destructive markets.

He adds: “With declining profitability, managers of private companies prefer to use downsizing; However, given that the approach of state-owned companies is different, when the sales of these companies decrease, they will have no choice but to create liquidity or so-called printing money to pay their employees; A solution that will lead to double inflation in the future.

Ali Saeedi, a capital market expert and one of the former managers of the Exchange Organization, says about the effect of the increase in interbank interest rates that is currently taking place: This is why banks may encourage their companies to sell or stop buying stocks.
Ali Khosroshahi, a capital market expert, also says in this regard: In recent months, the interbank interest rate has been slowly rising. This increase means that risk-free rates of return are available, so risky assets such as stocks become less attractive in such situations. 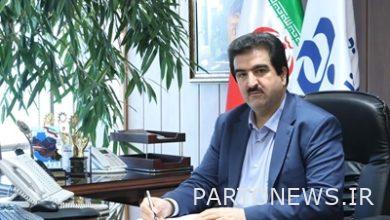 Nowruz message to the CEO of Kargaran Welfare Bank 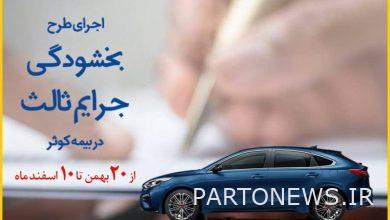 Implementation of the third party amnesty plan in Kosar Insurance 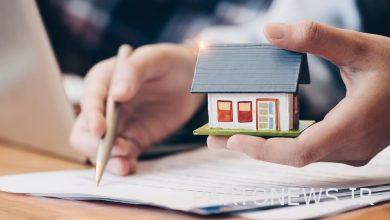