According to Tejarat News, the details of the supply of quarter coins in the stock exchange were announced.

According to the announcement of the central bank, on the occasion of the auspicious days of Hazrat Zahra’s birth and women’s day, 500,000 pieces of Rabe Bahar Azadi gold coins will be offered through the Iran Commodity Exchange.

The broad release of Bahar Azadi quarter coins will be carried out from Saturday, January 24, for three working days in the form of coin sales in the Iran Commodity Exchange.

Buyers can go to the coffers of operating banks five working days after buying coins in the stock exchange and by presenting documents related to the stock exchange, they can receive the equivalent of the purchased coins in physical form.

According to the announcement of the central bank, all natural persons over 18 years of age with a national code can buy at least one piece and at most five pieces of Rabe Bahar Azadi gold coins.

All applicants to buy quarter coins participate in the continuous auction mechanism and the price of the offered coin is discovered based on this.

Also, more details of the aforementioned offering will be announced through the issuance of a notice by the Iran Commodity Exchange Company.

It should be noted that the process of the next supply of full, half and quarter Bahar Azadi gold coins will be announced by the central bank in a regular and continuous manner.

The price gap of coins in the stock market has increased these days and reached about 550 thousand tomans on the last trading day of the previous week. It means that if someone bought 100 coins from the commodity exchange, 55 million tomans would advance compared to the free market rate on the same day.
Buying coins from the stock market is one of the investment methods. This possibility has been made possible by issuing bonds, each of which represents a part of a whole spring coin of the new design. In this way, it is not necessary for everyone to have money, the size of a whole coin of Azadi Spring, and they get this opportunity to buy, for example, one-tenth of an Imami coin. If you want to receive a whole coin at the end of six months of investment marathon, you have to deliver 100 sheets. Big investors can also test their luck by purchasing up to 10,000 coin certificates from the commodity exchange, with a value of around one billion and 700 thousand tomans.

خبر پیشنهادی:   Controversy of the competition council only for the stock market offering of 5% of the cars! - Tejarat News

Considering that it is possible to buy coins in this way up to 100 coins, the difference in the price of buying coins from the stock exchange and the market reached seven million and 500 thousand tomans.

In recent days, the price gap of coins in the stock market and the market has increased and for example, on Wednesday 16 Azar, it reached about 550 thousand tomans. It means that a person who buys 100 coins from the commodity exchange will advance 55 million tomans compared to the open market on the same day.

Inflation outlook of the housing market / What signal do the economic parameters give to the real estate market? 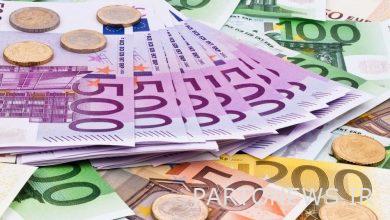 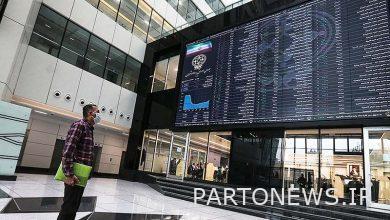 Will an electric Tara come to the market?/ Iran Khodro’s planning to produce 100,000 electric cars