According to Tejarat News, providing housing costs for households has now become a problem for different economic deciles.

According to the previous investigations of Tejarat News, since the beginning of the President’s government, i.e. from August 1400 to December 1401, the housing sector has grown by 55% and has occupied an important part of the household’s budget.

On the other hand, according to the latest statistics of the Iranian Statistics Center, the general inflation of society has reached 5.48; This is a negative signal for the housing and construction market. Despite these conditions, what is the outlook for the housing market?

The uncertain future of housing

Mahmoud Olad, an expert on the housing market, said in an interview with Tejarat News: “The conditions of the housing market are currently complicated because it is suffering from inflationary stagnation.” It means that there is a severe recession due to the lack of construction and prices are also increasing.”

He continued: “Of course, this recession is not due to oversupply, but it is caused by other factors. One of these factors is the macroeconomic structure; “Also, investment risks have increased.”

Olad said about supply and demand in the housing market: “There is demand, but the lack of supply has become a problem and no product is produced. This has caused the prices to have an upward trend. If we also check the transactions, it is clear that mainly buildings with a longer lifespan are traded, and the quality of the transactions is decreasing day by day.

This housing market expert added: “On the other hand, the purchasing power of applicants has decreased and traders prefer to buy apartments with lower square footage.”

The role of macroeconomics in real estate market regulation

Olad stated: “Predicting the housing market is a difficult task now because there are many things for uncertainty; Among the issues in macroeconomics that are closely related to political issues. But it is not even possible to assume with certainty that if the JCPOA is signed, foreign investors will be attracted to the country and the country’s economy will be in a better state.”

He added: “Until positive events happen in the macro economy of the country, it is not possible to predict that the conditions of the housing market will improve; At the same time, the chaotic situation of construction is getting worse.”

This housing market expert said: “Of course, if this situation continues for a long time, due to the reduction in construction after the economic boom and the improvement of people’s living conditions, we will see an unprecedented increase in housing prices.”

One of the other factors affecting housing prices is the demand situation in this market. The Central Bank’s November report on Tehran’s housing market shows an increase in demand, but in my opinion, this number is not a good number.

In addition to the fact that this factor will increase housing prices in the coming months; At the same time, based on the prospect of increasing inflation, it seems that the housing market will face price growth at least until the end of this year. 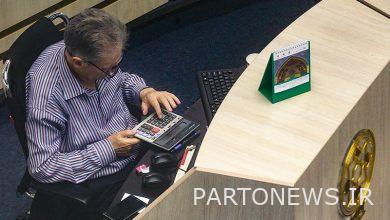 Which listed companies made a profit?

How much is a quarter coin today? – Tejarat News

Will pension funds be listed?