According to the report of Aria Heritage reporter, engineer Seyyed Ezzatullah Zarghami, this morning, Saturday, January 17, 1401, in an interactive meeting of the Vice President of Women and Family Affairs with the Vice President of Handicrafts, which was attended by Ansieh Khazaghli, Vice President of Family and Women Affairs, and a number of advisors for women and family affairs from various agencies in the place. He said: “This meeting is very important and in my opinion, the members of this meeting are like a small government, and the like-mindedness and joint efforts of the members of this meeting can be useful for the country.”

He added: After the revolution, one of the most important fields in which serious changes were made was the field of women. Sometimes, however, there is injustice in this regard and the right of the content is not given. The events of the past 100 days in the country are unfair about the progress of women in the years after the revolution, and unfortunately, some people are also deceived.

The Minister of Cultural Heritage, Tourism and Handicrafts reminded: In the field of women’s social activities such as art, cinema, sports and other fields, the progress made before the revolution is not comparable at all and we are witnessing the impressive presence of women in various fields.

The Minister of Cultural Heritage, Tourism and Handicrafts continued his speech and said: Not wearing hijab and not wearing hijab is definitely a defect. But sometimes we see that some people may not observe their hijab because of stubbornness. But when this happens, will the system face problems? Definitely not! The system continues with strength. During the last 100 days, the enemy has been promoting that the Islamic system has hindered the progress of women and that women have been denied freedom after the revolution. While this is not really the case, and after the revolution, we have witnessed the impressive presence of women in various fields, even in international arenas.

خبر پیشنهادی:   Engineer Zarghami's meeting with the representative of the people of Sanandaj in the Islamic Council / creating permanent markets and setting up a creative handicraft house in Sanandaj

Crafts are both art and identity

In another part of his speech, this official mentioned the importance of handicrafts and added: Handicrafts are directly related to women. Crafts are both art and identity. Another characteristic of handicrafts is that they are universal and accessible. We have been in the field of handicrafts for thousands of years. We have 299 registered crafts and this is an important capacity.

The exhibition "Jen, Khavini and Shanazi" will be held in the Kurd House of Sanandaj - Mehr News Agency Iran and world's news 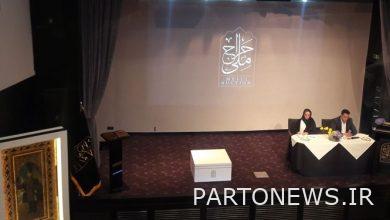 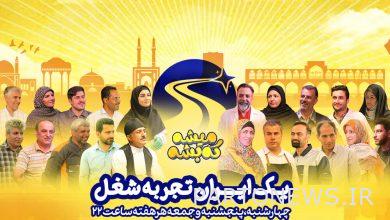