According to the report of Arya Heritage and quoted from the public relations of the General Directorate of Cultural Heritage, Tourism and Handicrafts of Ardabil province, this evening on January 15, 1401, the Ideal Boutique Hotel in Ardabil city, with the presence of Ali Asghar Shalbafian, the Deputy Director of Tourism of the country, and Hassan Mohammadi Adib, the Director General of Cultural Heritage, Tourism and Handicrafts of the province. Ardabil was opened.

The General Director of Cultural Heritage, Tourism and Handicrafts of Ardabil Province said at the opening ceremony of this hotel: Ideal boutique hotel with a capacity of 21 rooms and 65 beds was put into operation in the center of Ardabil city and in the heart of the historical context, which adds an important capacity to the accommodation units of the province.

Hassan Mohammadi Adib added: This hotel has four floors, including the basement as a parking lot, the ground floor as a lobby, and the upper two floors as accommodation rooms and is established on a 1,350 square meter infrastructure.

He emphasized: The credit spent by the private sector for the establishment of this hotel is 150 billion Rials, part of which is support facilities, and this project will create employment for 10 people. 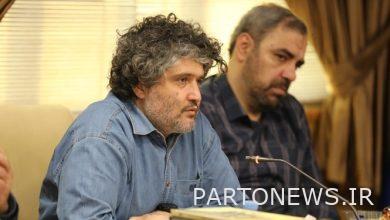