According to Trade News, quoting TasnimDeputy Announcement Housing And the building of the Ministry of Roads and Urban Development is as follows;

“According to the law of family protection and youth of the population regarding the transfer of land or housing units to households after the birth of a third child or more, informs applicants whose date of birth of the third child or more is after November 15, 1400, can By referring to the system of housing support plans at the address http /: saman.mrud.ir in the type of guardianship section, by selecting the option “Family protection law and youth of the population” to register.

“Obviously, after the registration of the applicants, if the applicant is eligible, other necessary measures will be taken in accordance with the relevant rules and regulations.”

According to Tasnim, late last week, the Central Bank issued a circular on loan instructions of 200 million Tomans. Housing It had notified families with a third child on one condition.

The Central Bank Circular, which was notified to the banks operating in housing, trade, export, agriculture, cooperative development and Post Bank, according to part (3) of paragraph (a) of note (16) of the 1401 budget law of the whole country:

“The Central Bank of the Islamic Republic of Iran is obliged to provide the facilities subject to part (3), paragraph (a), note (16) of the 1401 budget law of the whole country with the first priority from the remaining 100% of Qarz al-Hasna deposits and 50% of Qarz al-Hasna deposits Provide operating banks. Banks are obliged to pay the facility based on the applicants’ credit, by taking a promissory note from the applicant or a valid guarantor. The Central Bank and the operating banks and all relevant managers and employees are responsible for the proper implementation of the provisions of this paragraph. Failure to implement or delay in payment of facilities is considered a violation and can be followed up in the competent authorities.

Also Qarz al-Hasna deposit facility or purchase or construction Housing (At the request of the family) with a maximum repayment of 20 years for homeless families who have or will have a third child or more in 1999 or later in the amount of 200 million Tomans. In line with the implementation of part (3) of paragraph (a) of note (16) of the budget law of 1401 of the whole country, the quota of each bank for granting the mentioned facilities has been set at 150 billion Tomans.

Increase blessing schools to 2,000 schools by the end of the year 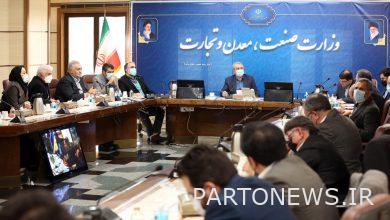 What happened to the justice stock of the dead?

Stock market forecast for the second week of May (infographic)