According to Tejarat News, since the beginning of November, the dollar was able to reactivate all markets as a powerful lever. In such a way that not only the buying and selling of American bills among retail investors flourished again, but the gold and coin markets also faced the arrival of buyers. At the same time, there were movements in the housing market, and simultaneously with the growth of prices in this market, the number of definitive transactions also increased.

The jump in the dollar also turned on the engine of capital market transactions; In such a way that the value and volume of transactions gradually moved from recession to prosperity and was able to create a promising autumn for the shareholders.

The non-stop growth of the dollar price during the two months of November and December led to the growth of inflationary expectations, so that this lever, in addition to the general inflation of the country’s economy, also heats up the commodity markets. In the meantime, it seems that the money market was the only one that was not affected by the influx of wandering liquidity. Although the debt market maintained its legal and legal customers during this period, banks were unable to attract people’s money.

The backwardness of the money market from economic developments

The price of the dollar was able to grow by 24.9% only during the fall! 18-karat gold could grow by 35.1% in the fall, and the coin could achieve a yield of 30.4% at the end of the third quarter of the year! The total stock market index was able to grow at least 10.4% during this period, which was more than the growth of the stock market in 9 months. These figures showed how much the money market has lost its attraction for deposits!

Now, it has been a week since the head of the central bank has changed and the new custodian of the money market has announced the stabilization of the dollar price; In this way, the central bank has officially stopped suppressing the currency market. On the other hand, in a pre-announced move, banks have offered certificates of deposit with 23% interest; Two days ago, it was announced that the state banks have increased the deposit interest to 25%.

Of course, the central bank has announced that it has not yet agreed with this figure and will deal with the violators, but since this bank had not dealt with the payment of illegal interest by banks before, it seems that this time the deposit interest has actually increased. It has been done with the unofficial permission of the central bank.

In this way, the money market is being strengthened comprehensively. On the other hand, other markets are suppressed by order; In such a way that the price of Azad dollar has decreased by at least 4 channels in the last week and the price of Nima dollar has been set at 28 thousand 500 Tomans.

The agreed dollar price, which should be determined by the price discovery mechanism, has been kept low in a controlled manner. With the control of the currency market, the gold and coin market has also been affected and buyers have left.

In the meantime, the capital market also faced a drop during the current week due to the shock of stabilizing the dollar price at the level of 28 thousand tomans, and the flow of money into it has been reversed. But will all these movements lead to the attractiveness of bank deposits?

Examining the financial statements of banks shows that most of them generally always suffer from dissatisfaction. Since the banks in Iran are not efficient enough, an increase in deposit interest will mean an increase in their disharmony and will gradually cause the central bank to face serious problems in controlling the money market and creating liquidity. At the same time, the guaranteed interest of the certificate of deposit should be added to the new expenses for the central bank and expect an inflationary explosion.

In the meantime, economic experts say that the government cannot suppress the currency market for a long time and eventually the spring of the dollar will be released. In this case, the engine of all markets will be restarted. In the meantime, due to the policies of the government and the central bank that have led to the creation of money and the growth of liquidity, inflation will grow increasingly. In this way, the growth of the inflation rate will not only strengthen the growth of the dollar price, but will also move other markets.

خبر پیشنهادی:   Letter 118 of stock market activists to the president / Support the supply of cars in the stock market

Even now, when banks are raking in 25% annual profits and have auctioned off 23% certificates of deposit, they are still lagging behind the annual inflation rate! The inflation rate in December was 48.5%, registering an increase compared to the previous month. It means twice the interest promised by the banks!

In other words, if a person deposits his money in the bank, he will receive 23-25% interest at the end of a year; This is despite the fact that the inflation rate has increased increasingly during this period and due to the wrong policies of the central bank in the throat of money, it will continue to maintain its distance from this fixed rate.

The most important market that will start its movement in such conditions is the capital market. The inflation engine is known as the driver of the stock market; In such a way that the capital market can adjust the investment yield with the movements of the inflation index. In this way, investing in this market will preserve the value of people’s assets against inflation.

In addition to inflation, the capital market also has the leverage of companies’ value and can give them a good return in the shadow of investors’ patience. In the meantime, the capital market offers the capital owners to invest indirectly in this market or entrust the investment command to the portfolio managers to cover the risk of the transactions.

Especially if the investor chooses symbols with high inherent value and prone to growth and productivity by using analysis and avoiding emotions, capital return will be guaranteed. Examining the financial statements of some listed companies and their status in the stock market indicates double-digit returns for shareholders in recent months.

Sinking the portfolio of shareholders in losses

Three conditions for buying a car from the commodity exchange – Tejaratnews 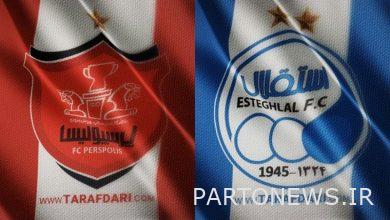