According to Tejarat News, by order of the Ministry of Security, the first Haima S8 car will be auctioned.

Following the recent debates about Iran Khodro’s handiwork and the efforts of the managers of this industrial group to receive defective cars that the Ministry of Security ordered to cancel, Iran Khodro Industrial Group announced that in order to clarify and respond to public opinion, the first Hayma s8 cars that In the test phase of the assembly line launch, this product will be sold through an auction.

Yesterday, pictures and information were published in which the allocation and delivery of Haima S8 products at the factory price (one billion and 50 million Tomans) were mentioned for a number of managers of Iran Khodro Industrial Group, and this industrial group had favored its managers.

Considering the current conditions of the country’s industry and car market, the Ministry of Industry, Mines and Trade responded and issued an order to cancel it.

In this regard, the spokesperson of the Ministry of Industry, Mines and Trade, while calling this action in conflict with the anti-rent policies of the government and the Ministry of Silence, clarified: Iran Khodro Company has been asked to pay more attention to the consequences of such decisions while canceling the allocation of these cars. Have.

After the reaction of the Ministry of Industry, Mines and Trade, Iran Khodro Industrial Group published a notice in which it gave excuses worse than guilt to justify this action and announced the efforts of Iran Khodro managers to use cars with technical or appearance defects.

خبر پیشنهادی:   The details of the quarter coin supply were announced on the 10th day of the sale - Tejaratnews

This company announced that due to the fact that these cars had some quality discrepancies in the engine, body, color, interior decorations, etc. in the process of identifying quality and assembly defects, it was not able to be offered to customers; Accordingly, with the decision and authorization of the board of directors of Iran Khodro Company, it was decided that these defective cars of the first series of the initial production of Hayma 8S should be provided to the managers of the company in other ways (other than the normal sales system), even without giving a guarantee.

Due to the fact that the cars produced in the test phase have quality discrepancies in the engine, body, color, interior decorations, etc., they are not able to be offered to customers and sold in the current systems or offered in the commodity exchange, and according to the common practice in the periods In the past and the usual routine in the automobile industry, with the aim of turning into liquidity, it was handed over to the applicant managers in auction price frameworks and about 20% lower than the market prices.

The same report indicates that, in view of the fact that so far no action has been taken to hand over these cars and the managers of Iran Khodro had previously announced their withdrawal, in order to clear the doubts raised in this regard and also to respect public opinion, according to the decision of the CEO And the board of directors of Iran Khodro Industrial Group, the first series of Haima cars will be offered through auction.

Therefore, according to the issues raised in the country’s media space, based on this decision, the mentioned cars will be moved from Iran Khodro Khorasan Company to the auction car parking lot and will be sold according to the current and legal guidelines.

bank or stock exchange; Which market will be the inflation shield? - Tejarat News 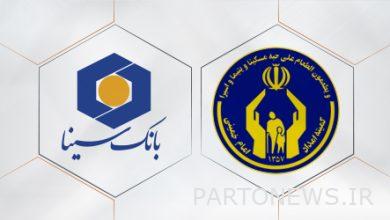 Supply boom in the export hall of the Commodity Exchange – Tejaratnews 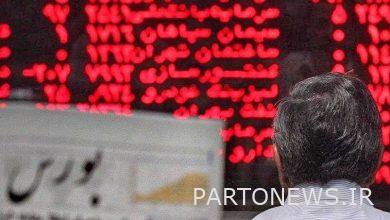