– The issue of insurance bankruptcy has always been one of the biggest concerns of insurers, especially insurers of long-term insurance policies, including life and investment insurance, and most of the marketers of the insurance industry, when dealing with insurers, were mainly faced with the challenging question that if the company If the insurance goes bankrupt, what will happen to fulfill the obligations of the insurer?

But despite the seriousness of the mentioned question, unfortunately, insurance experts do not provide a convincing answer to this challenging question. While insurance companies, like other businesses, face the risk of bankruptcy.

The discussion of bankruptcy of insurance companies is very important compared to other commercial activities because it is facing the public and social interests of a large number of insurance policyholders and the continuity of many businesses depends on the existence and activity of insurance institutions.

In general, insurance companies, like other businesses, face three types of bankruptcy, including at-fault bankruptcy, normal bankruptcy, and fraud bankruptcy. Normal, which can be caused by bad economic conditions, environment and bad planning, is more.

– Wrong pricing that causes the calculated insurance premiums to be disproportional to the insurance risk, and as a result, reduces the income of insurance companies.

– Failure to recognize and separate weak and severe risks, which leads to the acceptance of undesirable risks and provides the basis for a sharp increase in the damage coefficient.

– Issuing unprofessional orders by superior managers and obliging technical units to order and non-technical pricing, which causes the rate to be incommensurate with the accepted risks, and the insurance company faces the challenge of heavy losses.

– Competition in cutting rates in order to attract and gain more market share, while the company is facing a liquidity problem, which worsens the financial situation of the insurance company.

Now that we have learned about the factors aggravating the possibility of bankruptcy, maybe this question will come to the minds of the readers and respected insurers, whether the risk of bankruptcy threatens the domestic insurance companies?

خبر پیشنهادی:   What is the advantage of offering a car in the commodity exchange? - Tejarat News

– A sharp decrease in income from investment, which has led to a decrease in the profits of some insurance companies.

– Acceptance of an order exceeding the capacity of some loss insurance policies, which unfortunately diverted the energy and performance of the companies in question and narrowed the field for their financial stability.

– Excitement in accepting some risks without paying attention to the proper insurance coverage arrangements, which will face a crisis for this category of insurance companies in the event of possible heavy damage.

– Economic crises caused by social and economic shocks, including the economic shock caused by the Corona epidemic, which both reduced the willingness of policyholders to buy insurance and caused non-payment or delay in the payment of insurance premiums for issued insurance policies, and unfortunately, complications It is still quite visible in some companies.

– Confusion in the emerging insurance markets is another challenge for insurance companies, unfortunately, we sometimes see the acceptance of the risks of this market without scientific study by some insurance institutions.

Digital transformation and new technologies are other threats that have trapped traditional insurance companies due to resistance to these developments.

– Cyber ​​attacks by hackers are a potential threat that has put some insurance companies that have weak software infrastructures at risk, and studies show that some companies are very fragile in the face of this risk, and in case of cyber attacks, their performance is severely impaired. will be .

However, despite the existence of all the aforementioned cases and the need for insurers to be vigilant in choosing their insurance company, there is not much to worry about for insurers because:

خبر پیشنهادی:   The largest privatization in the history of the country/handover of government shares in automobile manufacturers - Tejaratnews

Article 32 of the Insurance Law and Article 44 of the Central Insurance and Insurer Establishment Law are among the legal articles that exist to protect the rights of policyholders in case of possible bankruptcy.

In addition to the articles mentioned in Article 60 of the Law on the Establishment of Central Insurance and Insurers, it is clearly emphasized that the deposits and assets of insurance companies are a guarantee of the rights and claims of the policyholders, and in the event of the liquidation and bankruptcy of an insurance company, the policyholders, the insured and the rights holders They have priority over other creditors, and insurance companies cannot settle or mortgage their property without the prior approval of the Central Insurance Company, or make it the subject of any type of transaction with the right of restitution. 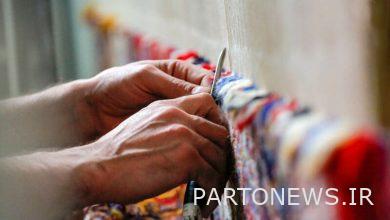 Selling second-hand cars of car manufacturers at the current price! / What is the story?