According to Tejarat News, “From which countries is the car going to be imported?” This was one of the constant questions during the development of regulations until the arrival of the first shipment of imported cars in the country.

With the arrival of the first shipment of 22 vehicles from the Kia brand and the unveiling of imported Changan cars by Saipa, it became clear that most of the imported cars will belong to Korea, Japan and China.

It should be noted that at the beginning of the compilation of the regulations, some rumors indicated the import of Indian, Brazilian and French cars. Some people thought that only Chinese cars have the right to enter the country after the liberalization of car imports.

These news were denied one after another. At first, the Ministry of Silence denied the news of the import of Brazilian and Indian cars to the country, but then promised that Chinese cars are not the only ones coming to the Iranian market. Regarding the arrival of French cars, the situation was different.

Considering that French companies were already present in Iran and cooperated with Iran Khodro and Saipa, it was expected that French car manufacturers would return to Iran again.

Peugeot, Renault and Citroen were car manufacturers that had a history of presence in Iran before and even some of their platforms are still seen in Iranian car factories. But due to the fact that the French broke their promise and left Iran, the government and the Ministry of Silence considered their return impossible.

خبر پیشنهادی:   More than 400,000 loans have been granted by Maskan Bank this year

With this speech of Qalibaf at the same time, it was understood that the import of French cars has been ruled out again. But still, there was a glimmer of hope.

Re-contradiction in the import debate

Although Iran made a condition for the return of French car manufacturers and was waiting for France’s response, now it seems that another contradiction has been raised in the issue of car imports, and France is not willing to accept Iran’s condition to compensate for past losses.

Now the government claims that there was no plan to import cars from France. Ali Bahadri Jahrami, government spokesman, in Press conference In this regard, he said: We witnessed the French government’s bad faith both during the embargo period and in the import of cars. We have already seen negative records of contaminated blood from some French statesmen. Importing French cars is not on the agenda of the government at all. While it is allowed to order cars from other countries in accordance with the standards.

Now, it is not clear why the Ministry of Privacy had proposed such a condition for the French, while the government had no intention of importing French cars.

Apart from conditioning the import of French cars, it seemed that this country was not willing to cooperate with Iran from the beginning and was not even willing to sell cars to car importing companies.

خبر پیشنهادی:   The details of the quarter coin supply were announced on the 10th day of the sale - Tejaratnews

The contradictions in the talks of the officials regarding the import of cars indicate that the importing companies bought their desired cars from the markets of neighboring countries and sent them to Iran.

To read more, read the news about imported taxi cars?

Implementation of the “Islamic financing” model by the Workers’ Welfare Bank 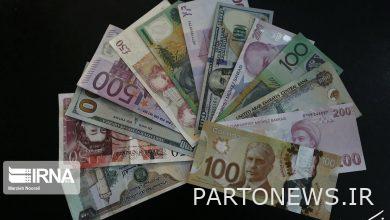 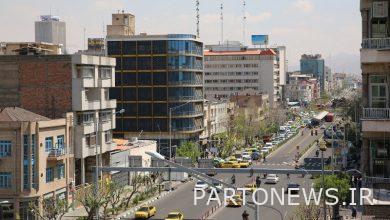 Hafez Insurance was at the level of a financial wealth