According to the economic correspondent of Fars News Agency, the issue of air pollution is one of the most important issues that has reached the top of the country’s news with the arrival of the cold season, and various comments have been made by different experts to explain this phenomenon. On the other hand, the clean air law was only placed on the desk of the relevant authorities, including the Environmental Protection Organization, during the cold period and the formation of air pollution, and immediately after the short-term solution of the problem, we once again see the forgetting of following this law.

Before entering into the description of the air pollution issue, we should know that the phenomenon that we refer to as air pollution consists of 2 components. The cause of the incident and sources of pollution Is formed.

What is the cause of air pollution?

The reason for the formation of air pollution is the same issue known as air inversion. An air inversion occurs when layers of warm air are placed above cold air adjacent to the Earth. In such a situation, the stability of the air is created and instead of having a decrease in temperature with the increase in altitude, we will have an increase in temperature up to a few hundred meters from the earth’s surface with the increase in altitude. This phenomenon causes The flow of air transfer from the ground level to the heights is disrupted and the air becomes stagnant.

In another sense, suppose you have installed a coal fireplace in a shop and a fan directs the pollution of the fireplace from the bottom to the outside. Now, at the same time as turning off the ventilator, the air flow of the shop is stabilized to a great extent, and this problem provides the basis for the accumulation of fireplace smoke. In fact, the warmer air on the surface of the earth compared to the height has the same function as the ventilator, but at the same time as the cold season, this balance is messed up and the big ventilator on the ground stops working.

Knowing the reason for the formation of air pollution in the cold season, we should know that the stability of the air due to the phenomenon of inversion is not the only justification, and the problem of polluting sources is the most effective element of air pollution. To clarify the issue, remember the example of the shop again. If there is no charcoal fireplace in that shop, turning off the ventilator and the stability of the shop air will not lead to pollution, because there is no polluting source.

خبر پیشنهادی:   None of the accused in the murder of martyr Arman Alivardi have been released

The problem of polluting sources is the most important pillar of air pollution, which has many controversies around it, and ironically, it is the only factor that can be changed to improve air quality in the cold season.

In order to answer an important question, how much does each polluting source contribute to the air pollution of the country’s cities? We went to the information of a big project with the participation of 7 big universities of the country.

Due to the fact that polluting sources are different depending on each city, the results of the documentation for 7 big cities of Iran including Tehran, Karaj, Tabriz, Shiraz, Ahvaz, Kermanshah and Qom are considered, which were considered by 7 Tarbiat Modares University of Tehran, Amir Kabir Industrial University. , Tabriz, Shiraz, Khwaja Nasiruddin Tousi, Ferdowsi Mashhad and Saneti Isfahan have been investigated.

* The contribution of mobile sources in air pollution in cities

In 4 cities of Kermanshah, Shiraz, Karaj and Qom, polluting sources do not have the greatest effect on the pollution of cities and the share of vehicles in these cities is 20%, 15%, 15% and 4% respectively.

*Contribution of fixed sources in air pollution of cities

As mentioned, in the 4 cities of Kermanshah, Shiraz, Karaj and Qom, mobile polluting sources are not the dominant factor, and stationary sources including factories and workshops along with the country’s power plants account for the majority of pollution with 80%, 85%, 85% and 96% respectively. have at their disposal

However, the surveys conducted by 7 universities in 7 cities of the country indicate that the largest share of power plant polluting sources in the 7 surveyed cities was in Ahvaz, where 9% of the pollution related to the power plant and 91% of other sources belong to other fixed and mobile sources. have. In Shiraz, 5% of pollution sources belong to the power plant, and this index will be 4%, 3%, 5%, 5%, and 2% in Tehran, Karaj, Tabriz, Kermanshah, and Qom, respectively. 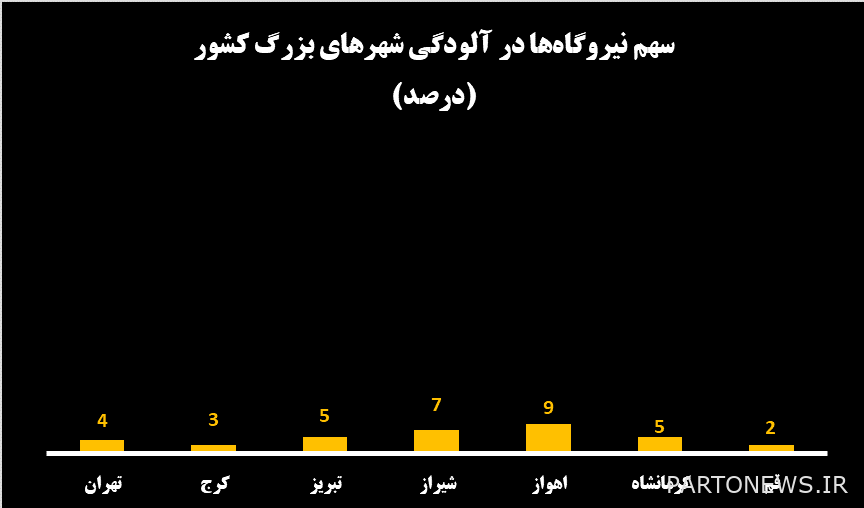 According to the information obtained from the mentioned research project, the sources of pollution are different in different cities of the country and preparing the same guidelines for each city is not a correct solution.

Nevertheless, in the major cities of the country, mobile pollutant sources have a significant contribution. In this regard, the Research Center of the Islamic Council in a report entitled “Gaps in the air pollution reduction programhas stated; The first priority for policy making and providing a solution to reduce air pollution is mobile sources. 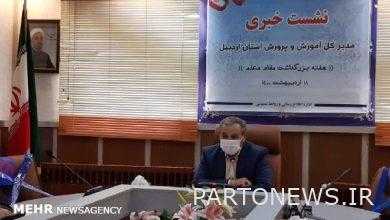 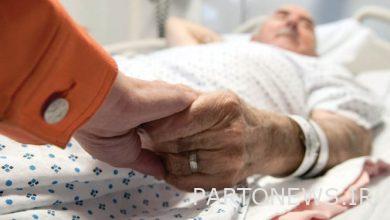 It was the deceased’s senses to the corona that caused the cancer! 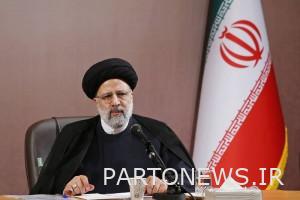 Judiciary »Instructions for registering and completing information of judicial systems