As one of the most important wetlands in the western part of the country, Bisheh Dalan wetland in Borujerd, in addition to its environmental role in preventing floods and stabilizing micro dusts, provides a favorable capacity in terms of tourism in Borujerd and provides a basis for the development of ecotourism activities such as nature tourism and bird watching. It is a view.

Experts active in the field of environment and wetlands believe that Bisheh Dalan Wetland has the capacity and ability to promote nature tourism, bird watching, and fish farming, which has its own enthusiasts in terms of handicrafts such as buria weaving, which attracts the attention of tourists. be placed and the prosperity of these handicrafts will lead to the prosperity of some businesses and the welfare of local residents.

Bisheh Dalan wetland is a valuable ecosystem at the national level, which has rich biodiversity and high economic, social and cultural values, but the noteworthy point is that this wetland is exposed to threats such as intentional fires, water shortage conditions and pollution. Water quality, unsustainable agriculture and land use changes are in its territory, which completely threaten the ecological functions of this valuable ecosystem.

Although, in recent years, efforts have been made to restore the functions of this natural ecosystem, to improve the quality and quantity of water and to reduce the negative environmental effects in development plans, and to educate local communities that their livelihood is tied to the survival of the wetland, but the protection of the wetland Bisheh Dalan needs more participation from the people of the region.

Bisheh Dalan Wetland is located 15 kilometers southeast of Borujerd and Silakhor Plain and has been the habitat of migratory birds that spend some months of the year in this area. It is one of the tourism industries in the world that has a high income from the economic point of view. Iran is on the path of migratory birds and according to statistics, 520 species of birds have migrated or live in Iran.
Mohsen Amiri adds: Eleven wetlands in Poldakhtar and Bisheh Dalan wetlands are places for accepting migratory birds in different seasons of the year, which is considered a good capacity for the growth of the bird-watching tourism industry in Lorestan. Promote bird watching, which is very attractive and fun.

The Technical Deputy of Lorestan Environmental Protection also says: Lorestan is on the path of internal and external migration of birds, and the wetlands of this province are mostly on the wintering path of migratory birds, but in some seasons, the native birds of the country make the wetlands of Lorestan their destination for migration. they give.

Nabiullah Quaid Rahmat adds: The altitude diversity of Lorestan’s wetlands has become a great capacity for biodiversity and the diverse presence of migratory birds in the province, so that last year 76 species of migratory birds were observed in a population of 18,405 in the wetlands and along the rivers of Lorestan. became. Lorestan is a suitable place for migratory birds due to its four-season climate, and with the beginning of the cold season, it is considered a favorable place for birds to spend the winter.

What the environmental experts emphasize is that the income of the wetlands is only in the bird watching sector than agriculture and other works in these areas because the interests of the people of the region will be provided by the presence of tourists, and the transfer of this belief to the local residents requires education and It is accompanied by people.

Bisheh Dalan and the capacities of ecotourism development

As one of the large, pristine, natural and spectacular wetlands of Boroujerd city, Dalan Boroujerd forest welcomes all kinds of migratory birds every year during the migration season. In this regard, the head of Borujerd Environment Department says: Borujerd city has good capabilities in the field of tourism, and in the meantime, Bisheh Dalan wetland is considered to be a good capacity in the development of this industry and nature tourism in Borujerd.

In an interview with IRNA reporter, Asghar Belkivand added: Considering the significant capacity of Bisheh Dalan wetland, including ecological, biological and aesthetic capabilities, it is possible to create and develop ecotourism activities such as nature tourism and bird watching in this wetland. ) is available. Attracting ecotourists and developing tourism and ecotourism in Borujerd city, in addition to creating economic prosperity and attracting tourists in local welfare and job creation in the field of tourism, can lead to positive changes in the lives of the native people of this region.

The head of Borujerd Environment Department reminded: Bisheh Dalan wetland is located 15 kilometers southeast of Borujerd city and in the Silakhor Plain, which is significant from various aspects, including environmental, ecotourism and nature tourism, and from the point of view that it is a habitat for migratory birds. It is considered important in certain seasons of the year.

He said: Some people set fire to nearby pastures and forests in order to increase the area of ​​their agricultural land illegally, and they are always dealt with legally in this regard. With every fire that occurs in the wetland, in addition to the destruction of this valuable habitat, a number of animals and birds in this area perish and some birds are also forced to migrate.

Referring to the implementation of intelligent monitoring of the Bisheh Dalan wetland, the head of the Borujerd Environmental Protection Department said: This intelligentization plays an important role in continuous monitoring and dealing with environmental violations and threats to the Bisheh Dalan wetland by profit-seeking people or those who are unaware of the values ​​of this wetland.

Blackiwand said: Protecting the wetland by installing online surveillance cameras in the Bisheh Dalan wetland allows the Environmental Protection Unit to immediately arrive at the fire site after receiving the first online images of fire outbreaks in the wetland and before it spreads widely. and prevent damage and fire.

The entry of surface sewage from Balast villages into the wetland

Boroujard Environment Director said: Another main problem of the current situation of Bisheh Dalan wetland is the entry of surface effluent from the upstream villages into the wetland, which causes environmental pollution of this wetland. The behavior of some organizations and departments related to wetland protection is another problem that should be taken into consideration.

He said: Non-observance of the environmental rights of the wetland and indiscriminate and unregulated use in mostly traditional agriculture, disrupting the hydrological system of the region and diverting water from the wetland in order to dry and change land use and illegal hunting, especially migratory birds, are harmful. is threatening the lagoon of Bisheh Dalan.

Life again by directing the autumn waters to the wetland

Another problem of Bisheh Dalan Boroujerd wetland is the decrease of its water due to the decrease of rainfall and the change of land use around it. Environmental activists in Borujerd say: In autumn and winter, when there is no agriculture in the region, it can be drained by diverting river water and runoff to Bisheh Dalan wetland. The ultimate goal of protecting and reviving the wetland area, at the same time as securing rights, is to preserve biodiversity, which is based on training and empowering all stakeholders and supporting livelihoods compatible with wetland conditions.

What the environmental officials and activists and experts in this area emphasize is that Bisheh Daran wetland can have a favorable capacity in the tourism boom of this region, that the revival of this capacity of cooperation and companionship of local people and farmers with institutions such as environment, water It requires regional and agricultural jihad. Another point to consider in this regard is that; Nature will not return to its original state only by carrying out administrative measures and arresting the violators, education and prevention of destruction should be applied in time to prevent heavy damages in this area.

Bisheh Dalan Wetland is the habitat of migratory birds that spend some months of the year in this area, in addition to that, other native animals such as birds, amphibians, reptiles and mammals live in this area.
Aquatic and aquatic birds (including ducks, herons and egrets, storks), reptiles (snake, turtle, lacerta), hunting birds (falcon, cormorant, golden eagle, sargape), wolf, jackal, fox, boar, rabbit and water dog are among the animals that can be found in this area.

Due to the excessive use of land and water resources around this reservoir and the dumping of sewage from nearby villages into it, Bisheh Dalan wetland has been seriously threatened in recent years and its area has decreased from 900 to 450 hectares in the past decade. But for now, environmentalists always emphasize the priority of reviving this wetland in order to take advantage of its tourism potential, which is definitely beyond its agricultural aspect, in line with the development and economic prosperity of this region. Dalan is one of the measures that have been taken recently in order to protect the wetland, in order to deal with environmental violations and threats to Bisheh Dalan Wetland by profiteers or people who are unaware of the values ​​of this wetland.

Imperceptible inspection of cinemas against smuggling 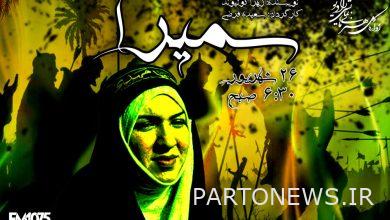 If I give “the accused escaped” to the radio now, it will be rejected 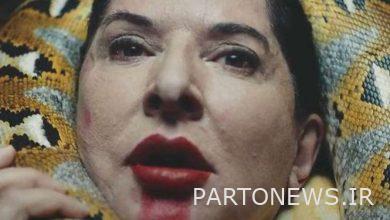 Translation of satanic woman works inside the country