Online Economy – Parham Karimi; Fatemi Amin appeared in a TV interview a few days ago and answered some questions about the ambiguities regarding car imports. Regarding the import regulations, the Minister of Silence of the 13th government said that some ambiguities of this regulation were raised in the Economic Commission and this regulation is now in the line of review of the cabinet and after approval, we can see the arrival of imported cars in the next 2-3 months. .

But perhaps the most important point was Fatemi Amin’s talk about importing an economy car with a quality below $ 10,000. Announcing the start of negotiations on the import of such cars, he said: “The government’s emphasis is on importing economy cars under $ 10,000, which can be used to fill the vacancies of old products by eliminating cars such as Peugeot, Samand and Tiba in the product portfolio.” Used and later these cars can be produced and assembled in the country.

Such talks not only did not clear up the ambiguities surrounding the issue of car imports, but also raised concerns among some experts and activists in the field. Concerns that imports, which could also raise the quality and quantity of domestic production and improve the country’s auto industry in the long run, will only relieve inflammation in the market these days.

In an interview with Amir Hassan Kakai, an expert in the automotive industry, Eqtesadonline examined the dimensions and consequences of such talks by the Minister of Silence.

Regarding the rumors about the reduction of import tariffs on economy cars and its implicit approval by Fatemi Amin, Amir Hassan Kakai said: “When we talk about imports at any price, it means the reduction of tariffs.” Mechanisms such as tariffs, duties and taxes to control and develop the country and pay the country’s expenses, and when the Minister talks about lowering tariffs, it means reducing government revenues and forgiving from the treasury. With such talk, the import of cars into the country will not only not be a factor for the development of industry in the country, but will be more of a media show for the Ministry of Silence.

خبر پیشنهادی:   State shares of Iran Khodro and Saipa should be handed over to the private sector

He also raised the question of whether the tariffs of parts manufacturers and automakers will be reduced by the same amount if the import tariffs are reduced. And now, if the answer is yes, you have wasted another part of government revenue just on car imports.

He added: “The vulnerable part of such policies is the parts related to parts manufacturers and supply chain industries, and automakers can continue to work with assembly and not be harmed.”

In Fatemi Amin’s speech, it was clearly mentioned to European cars that despite the sanctions, if negotiations with these companies are possible, the main question is why they do not give us quality parts and raw materials instead of cars. In this regard, Kakai told Eqtesadonline: “We all know that the main problem of the country’s automobile industry is the lack of parts or the arrival of low-quality parts, which bypassing sanctions, puts a lot of costs on the automaker, and finally quality parts to the country.” Does not arrive. In the political field, the import of cars from European countries is short-sighted and can be compared to a poisonous sweet that aims to destroy the country’s industry. If negotiations with European countries are possible, why can’t we get quality parts and raw materials by negotiating with them?

خبر پیشنهادی:   Which cars came to the market?

The next thing that in the words of Fatemi Amin, according to this expert, was scary for the country’s industry is the announcement of the start of negotiations for the import of cars. “Should the government negotiate for car imports, and this shows that the government and the Ministry of Silence are looking to import instead of trying to improve the industry, especially the country’s car industry, at any cost that will result in the destruction of the car industry,” Kakai said. The country does not have it in a short time.

Another important issue is the use of the word quality for $ 10,000 European economy cars. Fatemi Amin and the Ministry of Silence never answered how a car worth $ 10,000 in European economic and inflationary conditions could be of a better quality than what is inside. A clear example of this is the Fiat 500 domestic car, which is considered a cheap car in Europe and has the same quality as domestic cars. What is clear from this talk is that in the end, imports end up in a series of low-quality Chinese and Korean cars that can never be assembled in the production line of domestic automakers, and if this assembly is possible, imports at all production costs. These cars will be more economical.

Despite all this talk about car imports, it was expected that the Minister in his TV program about his programs about the car industry and how by importing up-to-date cars, the level of competition and thus the quality of products can be increased. To speak. The revolutionary plans that Fatemi Amin spoke about many times at the beginning of his ministry. 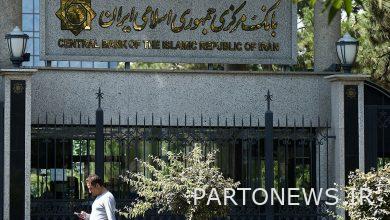 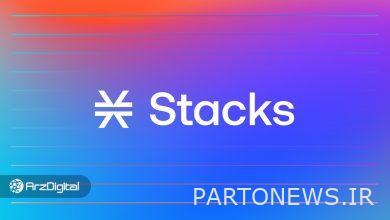 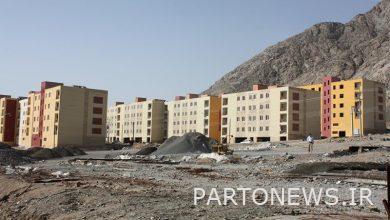 Ministry of Roads: We currently have land to build one million houses