“Chamshir” dam is located 25 kilometers southeast of Dogonbadan city in Kohgiluyeh and Boyer Ahmad provinces and on the Zahra River in the final stages of construction, and the countdown to its water intake has doubled the concerns about the repetition of a disaster. The dam is built on the Gachsaran Formation, that is, the same formation on which the Getund Dam was built.

According to Isna, Chamshir dam received its environmental assessment permit in 2009 and its construction started in 2009. This dam is on the verge of dewatering, while this decision has provoked a lot of opposition, and the publication of a letter with the letterhead of the Environmental Protection Organization in cyberspace, stating that the organization opposes the dewatering of this dam, made news.

Chamshir Dam received its environmental assessment permit in 2009 and its construction started in 2010. It was in May 1992 that the then CEO of the Iran Water and Power Resources Development Company, referring to the construction of the world’s tallest double-arched concrete dam in Iran, the operation of the country’s tallest earthen dam, and the construction of the Chamshir dam and power plant, said: in a short period of time that Since the beginning of last year, in the year of political saga – economic saga, the Ministry of Energy has created several big economic sagas, including the mentioned ones, before the end of May.

Mohsen Mousavi Khansari, a member of the Iranian Sustainable Water and Soil Association and an expert in the water field, says about whether the Chamshir dam water withdrawal is an economic epic for the development of agriculture or if it causes damage to the environment and the people of the region: According to the claims of experts and Officials of the Ministry of Energy, the extraction of Chamshir water is an issue that has been stated based on studied principles, because they have come to the conclusion that the salinity of the river water will be adjusted in the summer season by using the Chamshir water extraction.

He adds pointing to two important points about this issue: The first point is upstream of the dam. The studies of this dam were done about 20 years ago; In other words, this dam was designed and implemented when water consumption in the upstream was not like this. Recently, water consumption in the upstream provinces of Fars, Kohgiluyeh, Boyer Ahmad and Noorabad has been very high, so that rice cultivation has become very popular and water is pumped for it, and as a result, water consumption has increased. The important thing is that we have to carefully control the upstream water usage so that it does not damage the dam. However, the Chamshir dam has been implemented with an assumption.

While referring to the second point about the downstream of the Khairabad River, Mousavi Khansari explains: Handijan and Zeidoon region are part of Khuzestan province and Khairabad region in Kohgiluyeh and Boyer Ahmad province are very large areas, also many areas in these two regions are developing agriculture by providing water and creating The irrigation networks are new. If these consumptions increase, the previously predicted cultivation levels will also be called into question, so the Ministry of Energy should not allow the downstream consumption to increase too much. Unfortunately, there is a lot of development upstream and downstream of the dam, which the Ministry of Energy must prevent so that the dam reaches its goals.

Chamshir water extraction; yes or no

He also says about the advantages and disadvantages of Chamshir water extraction: the river water is very salty in the summer season in Zaidoon and Handijan region, and it has also made the soils of that region very salty. One of the objectives of the Chamshir Dam is to moderate the salinity of soil and water. If dehydrating is to achieve this goal, fine. The second point is to be able to produce hydroelectric energy, which is a type of renewable energy. Therefore, it is suitable to achieve this goal.

Meanwhile, Mohammad Darwish – an environmental activist – believes that the water withdrawal of the Chamshir dam can lead to a huge disaster. Even now, the contractor’s report states that 800 liters of water per second is being stolen from this dam. There is a possibility that this amount will increase significantly.

Referring to the sinkholes and the depth of salt at a depth of less than 100 meters, this environmental expert says: This phenomenon may cause the dissolution of billions of tons of salt and create an environmental disaster that even affects the aquatic life in the Persian Gulf. put

Darvish believes that now the most important demand is to postpone Chamshir water extraction for at least one year.

Do not repeat the bitter tragedy of the “Getund” dam

The request for postponement of Chamshir’s water withdrawal comes at a time when Seyed Karim Hosseini – Vice Chairman of the Social Commission of the Islamic Council – also considers Chamshir to be a repeat of the Gatund tragedy and says: The experience of constructing the Gatund dam in Khuzestan is a painful tragedy and a very bitter experience that causes There have been many environmental problems in the province and if this bitter experience is repeated again with the dewatering of the “Chamshir” dam, Khuzestan agriculture will definitely face serious problems, and many environmental problems will plague the province.

خبر پیشنهادی:   "Jan Watan" will be aired on Channel 3 from today/People's memories of the revolution

The position of the environment in relation to the Chamshir dam

With the increase of concerns and protests regarding Chamshir Dam water withdrawal in recent months, Ali Selajgeh – the head of the Environmental Protection Organization – said in early December that until the Ministry of Energy gives its results about the Chamshir Dam water withdrawal, we will not be able to answer. After about a month passed, that is, at the end of December, he said again that we already announced that we will not allow the second trial and that is our position until the verification is done. Our experts and the Ministry of Energy are busy with field work, and after the results are known, we will announce our position and no water extraction will be done at the moment.

Now Chamshir dam is on the verge of overflowing. This news comes despite the fact that the Ministry of Energy has not yet announced its final opinion.

According to Isna, what we have heard so far from environmental experts regarding the construction and water extraction of this dam is the damages that are imposed on the region. The purpose of building this dam was to irrigate agricultural lands in the lower reaches of Kohgiluyeh province as well as Bushehr and provide drinking water for the people of these areas, but it seems that these provinces have practically no benefit from the dam. In addition, there is a possibility that their land will be destroyed. According to Darvish, local people and nomads are upset, worried and unhappy about this water withdrawal because they have been told that they should leave the area but they have nowhere to go. They have not been given any money or pasture and they don’t know what to do? They have also promised to build a tourist village in the region, which is unlikely to happen because this promise was also made for many dams that have been built, but now out of the 650 dams that have been put into operation, not even one percent of them have a tourist village, which we are thinking of realizing. Let’s be this promise.

Al-Hashd al-Shaabi: The prosecution of those accused of assassinating resistance chiefs continues 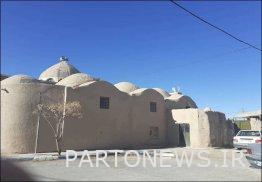 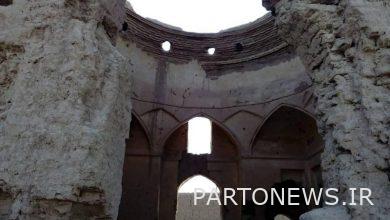 The face of “Shasosa” in the dust of unkindness 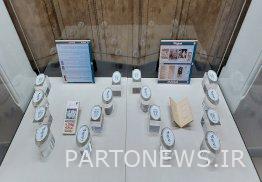 Holding an exhibition of 1978 World Cup memorabilia in Ahmadshahi Pavilion 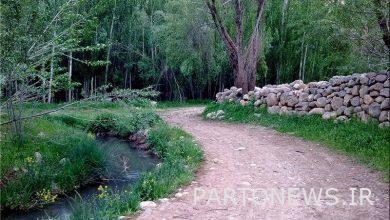