According to the Aria Heritage correspondent, Dr. Ali Darabi, at the conference, mentioned cultural heritage at the forefront of the ministry, adding: “I hope that the issues raised in today’s meeting will be followed up and implemented and will lead to good results.”

Stating that Iran is one of the most important centers of human civilization, the Deputy Minister of Cultural Heritage added: “Iran should be mentioned beyond history, and this is a fact. “The ancient history of civilization, works of several thousand years, culture and art, as well as the leadership of Iranians in the field of science and art have led to the special identification and status of Iran in the eyes of the world.”

Darabi described cultural heritage as having three principles: Shiism, antiquity and human message, saying, “Cultural heritage and historical monuments have a great sign, and that is the human footprint throughout history. “We Iranians have a single national identity and we should not fall into the trap of polarization.”

“Valuable work has been done, but it is not enough,” he said, referring to government support for the country’s cultural heritage over the past century. “We need to turn the issue of cultural heritage into public culture, and we need a popular movement.”

خبر پیشنهادی:   Dust from Iraq to the southwest of the country / Temperature drops to 12 degrees

“Measures have been taken but they are not enough,” said the Deputy Minister of Cultural Heritage, emphasizing plans to increase the special place of cultural heritage in the system’s macro-policies, upstream documents and vision document. “We have to plan seriously for this.”

Referring to two meetings held with cultural heritage veterans, he said: “According to many people present at these meetings, if important work is to be done in the field of cultural heritage, it will be in the period of Engineer Zarghami. “Given his influence in the government, this opportunity should be seized.”

Darabi points to the importance of increasing heritage literacy in the provinces and to produce new literature appropriate to prose and the present age, to learn and generalize it, to avoid creating a fence around cultural heritage and to avoid monopolies, to establish a popular movement and to pay attention to education. , Emphasized research and research.

Forming a working group and holding regular meetings to review, solve problems and challenges in the field of cultural heritage were other points raised by the country’s Deputy Minister of Cultural Heritage.

He also outlined 20 principles, citing the requirements of a cultural heritage deputy.

Awareness of historical events and occasions and planning for them, presenting special plans and reviewing the budget required for provincial trips, preparing media and cultural annexes, being aware of all laws, regulations and circulars, regular and continuous communication with provincial cultural heritage sites, Provide a list of delegated items and how to implement it, contact the Cultural Heritage Research Institute, provide a solution to preserve cultural heritage along with the defense of people’s rights, special attention and use of museums as a showcase of cultural heritage, the formation of the Association of Cultural Heritage Supporters and Charities, description Provincial cultural heritage and presentation of opportunities, challenges and suggestions, attention to the issue of education, raising awareness and updating information, planning to inject young manpower, preparing files related to national and world registration works, preserving and preserving registered works, effective presence In important assemblies and councils, presenting the province’s heritage document, presenting a plan and preparing for Nowruz 1401 were among the items that Darabi mentioned in this meeting and emphasized on doing them.

New CEO of Persepolis: I hope we meet all expectations / My most important goal is the freshness of the team and the fans 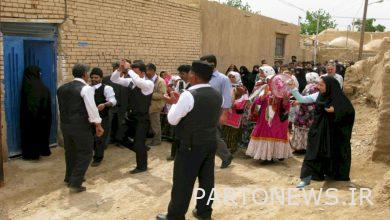 “Reverse Path” is screened in France 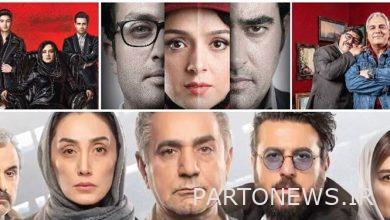