According to Fars News Agency’s disciplinary correspondent, Sardar Hassan Karami, Commander of the NAJA Special Units, attended a ceremony honoring commanders and employees who were boycotted and threatened by global arrogance. National Security and Seyed Ali Aghazadeh, a representative of Rasht, were held at the headquarters of the NAJA Special Units, stating that I am the ambassador of the martyr “Jamshid Saffari”. He said: The NAJA Special Units is one of the quick reactions in the field of internal security.

“We are taking action in difficult times and unrest: controlling social unrest, counter-terrorism operations, hostage-taking, urban defense, humanitarian operations and supporting the provincial police chief to improve social discipline, including the six main missions of the units,” he said. It is a special unit of the NAJA.

“Instead of anti-riot and anti-riot, we are focusing on unrest,” he said. “Fortunately, we are also a priority for the police.”

Sardar Karami clarified: we do not use soldiers in Tehran and in the provinces about 25% of our forces are soldiers and the rest are cadres.

The commander of the special police units, stating that our officers have good equipment, clarified that more than 90 to 95% of our equipment is domestically produced and we also have appropriate daily training in the barracks that is appropriate to the threats and is fluid and stable. is not.

He referred to the performance of the special police in the 1990s and said: “There was a great change in the NAJA special units in accordance with the culture of the society, whose strategy was deterrent, from aggressive to deterrent, and now dialogue is a priority.” There is a special unit mission.

Sardar Karami added: The special unit in the incident of 1996 acted with dialogue and soft action and fortunately we did not have any casualties and wherever it was, the situation was reduced with the least cost. And Isfahan, where one night colleagues were involved in 120 points, were able to collect the incident in about 48 hours.

He addressed the water crisis in Khuzestan and the riots in Isfahan and said: “Everyone was resolved with a soft approach and dialogue with the population, but this action upset the hypocrites and monarchists because they wanted to promote violence and wrote 34 instructions for violence, but we are calm.” We went and our commanders entered the crowd on the scene and talked and acted against them and aroused their anger and did not allow them to achieve their goals.

The Commander of the Special Forces of the National Guard (NAJA) referred to the sanctions issued against the Special Forces by the European Union, the British People’s Court and the US Treasury Department and said: Followed among the special unit staff.

He said that the legal centers, the Ministry of Foreign Affairs, the Islamic Consultative Assembly and the Human Rights Headquarters in the judiciary should not be silent and should prepare a bill, because when the police are sanctioned in society, theft and crime will increase.

Sardar Karami pointed out: “Unfortunately, when a trial was held in Sweden for our commanders, not even the Swedish ambassador to the Islamic Republic was summoned.”

Sardar Karami announced: “To the blindness of the enemies, the ability of the NAJA special units in terms of the number of forces and facilities has doubled compared to 1995, and although they boycotted us, we were strengthened inside the country by our armed forces.”

“We believe in a social approach and interaction with society through dialogue and soft power,” he said. 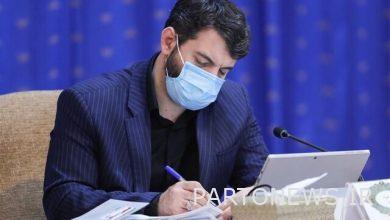 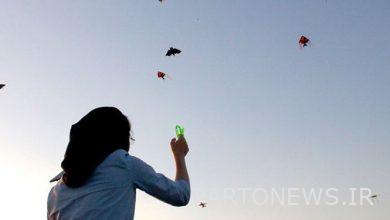 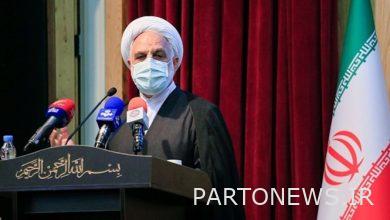 Mohseni ‌Ajei: Lack of production and employment will lead to social anomalies / We have large tax evasions in the country 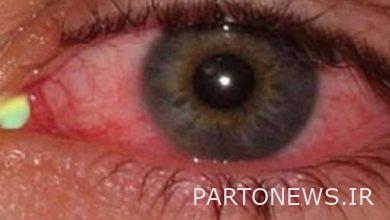 The most common “ocular” symptoms of coronary heart disease