According to the Fars Health Reporter, Ali Ishaqi, head of the Razi Vaccine and Serum Research Institute, said about the Razi vaccine on Radio Tehran’s “Tehran Ma Salamat” program: “This vaccine is made in three doses.” The first and second doses are injectable and the third dose is inhaled. The second dose of this vaccine is used 21 days after the first dose and the inhaled dose is used 1 month after the second dose inside the nose.

He explained about the publication of scientific articles on this vaccine: the article of phases 1 and 2 of clinical studies is ready and the pre-clinical article has been sent to a number of prominent scientists in the world. Comments will be posted.

The Razi vaccine has not yet been licensed for emergency use

Referring to the fact that phase 3 of the clinic has not been completed yet, Ishaqi said: “Phase 3 of studies has started since mid-September and the vaccine has been tested on 12,000 volunteers, but the emergency use permit has not yet been granted to this vaccine.” The former Minister of Health, Dr. Namaki, had promised that we would receive an emergency consumption permit as soon as the third phase began, so we produced some vaccines for this purpose, but we have not yet received this permit with the start of the new government. If we receive a license, we will produce more vaccines.

The Razi vaccine is made from recombinant protein

The head of the Razi Vaccine and Serum Research Institute said about the type of this vaccine: “There is no covid vaccine of the attenuated type of virus and scientists are studying it.” Everything in the world has been killed and disabled by the virus. The Razi vaccine is a recombinant protein. The vaccine does not have a complete virus or live mass, only the most important part of the virus that causes the disease is inside the vaccine. The Razi vaccine has three types of proteins.

The most similar vaccine to Razi is the American Novac vaccine

He said about the similarity of this vaccine with its internal and external type: the common vaccine of Pasteur and Cuba is almost similar to Razi vaccine. Sinagen vaccine, a joint venture between Iran and Australia, is also close to this vaccine. But the most similar vaccine in the world to the Razi vaccine is the American Novac vaccine.

Reacting to the statements of an official of the Razi Institute that 20 million Razi vaccines will be produced by the end of the year, Ishaqi confirmed this issue and said: “This process has started since the beginning of September and about 1.4 million doses are produced and ready for consumption in The emergency consumption permit will be ready by the end of December. Production infrastructure for vaccines is ready. About 1 million more doses have been produced, given that we thought the vaccine would be licensed, but this process has been stopped for now because we have not used the license. Although we are not disappointed.

The head of the Razi Vaccine and Serum Research Institute emphasized: The issuance of emergency consumption licenses is the responsibility of the Ministry of Health and the Food and Drug Administration.

In response to whether certain complications have been seen in volunteers in clinical phases 1 and 2 or not? “According to the reports we sent to the Food and Drug Administration, some of the volunteers experienced mild headaches and body aches after the injection,” he said. This vaccine has a special property and in addition to creating humoral immunization, it can also induce cellular immunization. Cellular immunization means that if the corona virus enters the body when the blood antibody is low; The cells secrete antibodies again and fight the virus. This feature is less common in other vaccines.

At the end of this radio talk, Ishaqi described the Razi vaccine as one of the least dangerous and least complicated vaccines in the world and said: in order to use this vaccine in pregnant women and children under 18 years of age, the written protocol must be followed. If approved, it can be used for these people as well. 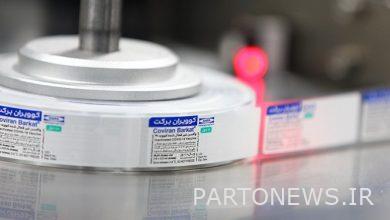 Why did Barakat fail to deliver on its promise of producing 50 million doses of vaccine? / Moving on the hard path of “blessing”

Bitter and sweet narrations from the language of the fire couple 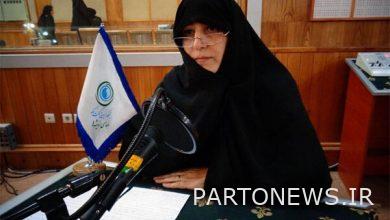 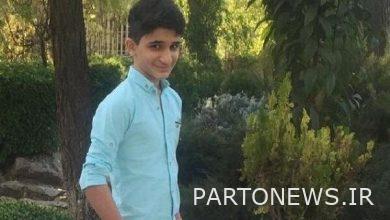