Together with the governor of Kohgiluyeh and a number of city reporters, we went to Darghak village in Dishmuk district to visit the handicraft kilim workshops. A connection called for the deprivation of the Dishmuk district. Indiscriminate grazing showed the livestock of the villagers and on the other hand, at the entrance of Darghak village, the indoor gym showed the services of the officials.

The driver of the car, noting that this gym has been abandoned for many years, asked our reporters to follow up on the completion and operation of this semi-finished and necessary project in the region. It was cool and the tiredness of our trip encouraged us to drink liquids in the only village supermarket.

After stopping in the village for a few minutes, we went to the village kilim weaving workshop with the governor and the district governor. Eight to nine students opened the workshop door and invited us to visit their products and supplies.

The small, enclosed space of the room, with a few kilims of metal hanging in the corner, bore no resemblance to a kilim-weaving workshop, and the small space of the room, where one of the apprentices’ licenses for a cosmetics shop was installed, was pulled into a corner. A curtain was divided into 2 parts.

Gaining students’ experience on the metal supports of the kilim fist

Most of the students were young girls who were a little unfamiliar with the fist kilim, and one of them asked the reporter to ask me for a carpet weave to start a fist kilim show, which surprised me and I was ashamed and apologized. 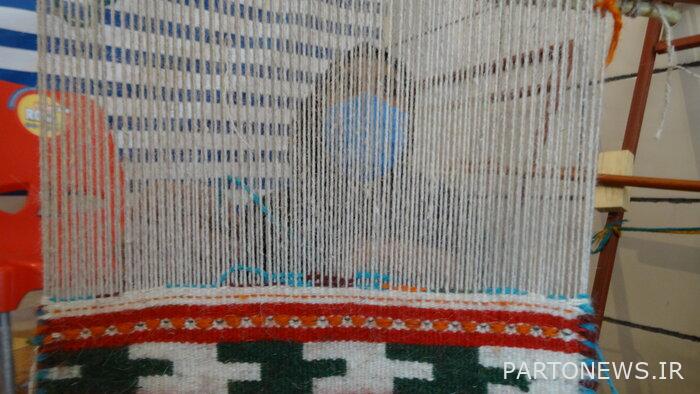 Small designs of fist kilims hanging on the doors and walls of a cosmetics store that showed no creativity required the support of officials to complete the students’ training courses.

Apparently, the charm, color, patterns and motifs of the fist kilim that we read and saw in the media and news bore no resemblance to these kilims hanging on metal hangers.

A number of students had stated that they were unaware of the texture and design of this kilim. In order to obtain more information and clear up the ambiguity, I asked one of the students why the texture of the kilim was unique, but he immediately stated that he did not know the reason for the design. .

Another student, a 45-year-old woman, opened the door to these Syrian trainings in a private conversation. She, who did not want to be named, said: “The organizer of this project encouraged us to pay an unknown amount by buying some metal pieces.”

I asked one of the students why the weaving of the fist-wrapped kilim was crooked, noting that the students were unfamiliar and that the design was experimental.

Accompanied by the governor and the district head, we went to the house of the only woman in Darghak village who could weave a fist rug that is a relic of her ancestors. Go.

Ms. Amina’s kilim weaving room, like the lower workshop in the village, had a small space full of old clutter. In a corner of the room, a small rug that was no more than half a meter long was hanging from a metal gallows, and with great insistence, we made Lady Amina sit on the rug stand. 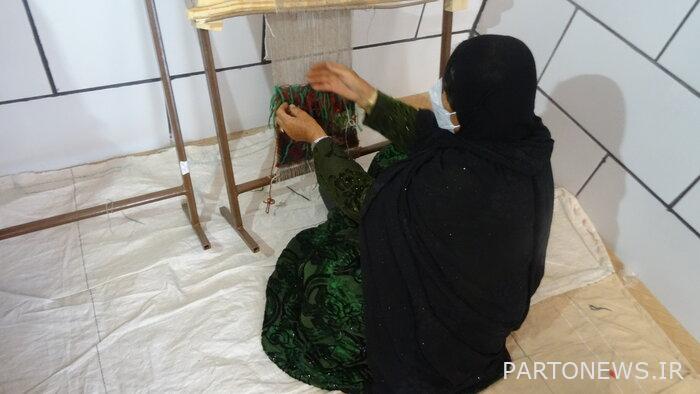 This village lady, who was full of love for the officials, asked her the reason with the local sweet dialect “the promise of the midwife that the blood money does not stay on the carpet” and promised to sit on the carpet anymore. I was invited to a festival.

Amina, who now lives in a boy’s house and whose only source of income is a few cattle that she keeps, continued: “This festival is in the sheep breeding season, and with the great insistence of the officials and their promise to pay for the festival.” I went.

He added: “In these few days, four of his pregnant sheep were lost during childbirth, while he was not paid any expenses for going to the festival.”

He added: After four months of this festival, the officials sent him a small amount (400 thousand Tomans).

At our insistence, Barmas, who was sitting in front of a metal Syrian kilim with a fist, called his son and demanded that he provide the necessary equipment for “fist and cricket” for fist weaving.

Amina Barmas, who had learned the art of fist kilim weaving from her mother, showed us a few small lines of metal carpet vector with her artist and calligraphic hands.

With that old ring, Amina with her calloused hands, like a mother who adorns her little girl’s hair with a comb, artistically twisted the colorful threads on a metal carpet.

I asked Ms. Amina the reason for naming the fist kilim with this name. And its painting is not clear. 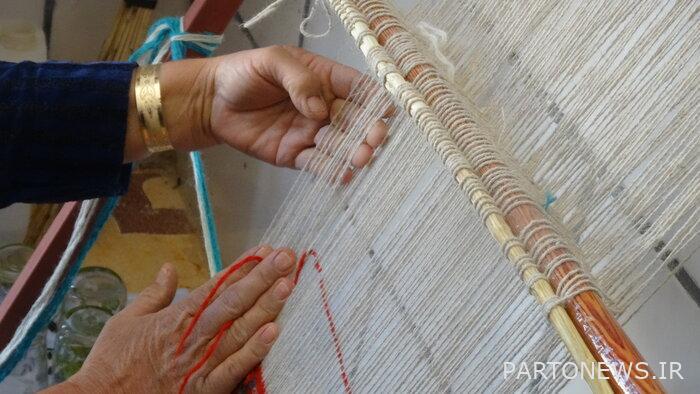 Ameneh considered her only woven handle for the last 30 years to be a 6-meter kilim at the bottom of her office and said: “Since then, I have been using this kilim as a rug for sitting and I no longer have any significant woven handles.”

Referring to the holding of several training classes for girls and students, he said: “These classes will be closed by the authorities after a while, and the students would not be fully trained in the methods of weaving fist kilims.”

Bermas announced his bride and granddaughter as the only students who can fully weave the fist kilim.

He added: “During these years, the support of the officials for this project has remained limited and they have not done any special support to revive this unique art.”

“My only request to Social Security officials was to have a medical record, which was not accepted,” Barmas said.

Revival of the ancient art of kilim fist, needs the support of the authorities

In an interview with IRNA, Hayat Layeghi, the executor of the fist weaving project in Darghak village, added: “With the cooperation of the Alavi Foundation and the training of 30 students, the work of reviving the fist kilim began in this village.” 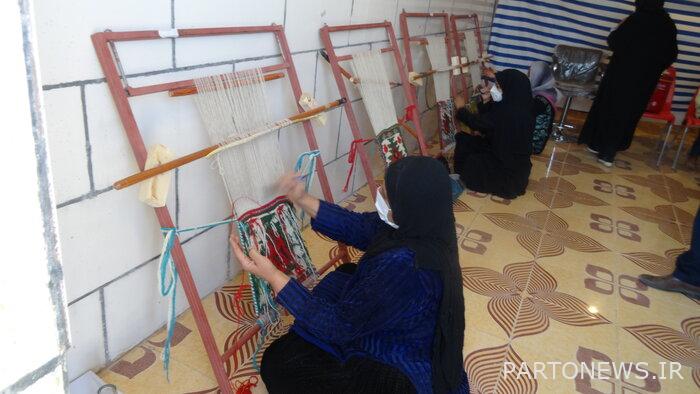 He stated: “After spending a month training in the coaching classes of Ameneh Barmas, the only fisherman in Kohgiluyeh and Boyer-Ahmad province, these students started the experimental weaving of fist kilim.”

Layeghi announced the facilities intended for the implementation of this project as 3 billion and 500 million Rials and said: the payment of these facilities by the Alavi Foundation is subject to the cooperation of the cultural heritage in issuing licenses for students.

Referring to the non-cooperation of the officials of Kohgiluyeh handicrafts in supporting the fist-making students of Darghak village, he added: in case of negligence, the officials of this art in Dishmuk will be obsolete and will be forgotten.

The reception of girls from Glim Mashteh training classes is impressive

The expert in the field of archeology in Darghak village, referring to the great interest of the women and girls of the village in reviving the kilim fist, said: “Reviving this ancient tradition requires the full support of city, provincial and even national officials.”

Fatemeh Vatanparvar, referring to the governor and cultural heritage officials’ interest in her fist kilim project, said: “So far, no financial support has been provided by the officials to encourage the girls.”

He pointed out that this ancient and unique art in Darghak village has been passed down from generation to generation among the women and girls of Dishmuk district. Be. 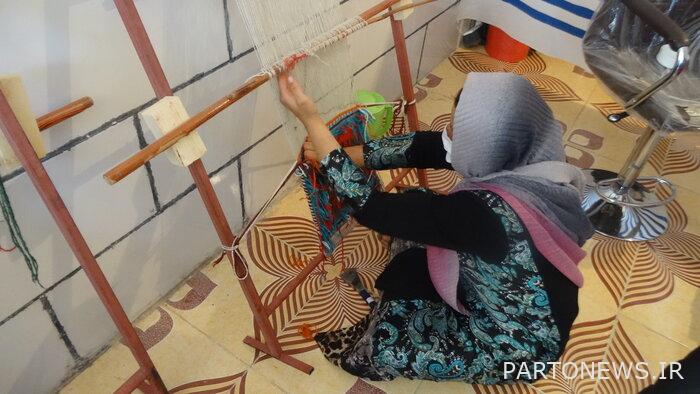 Patriot considered Glim Mashteh a good capacity for employment of girls and women in the village and said: “Reviving this capacity also plays an important role in reducing social harms.”

خبر پیشنهادی:   "A Century of Iranian Visual Arts" from a Statistical Perspective / Exhibition of Chemical Paintings

He stated that there are many differences between all hand-woven kilims in terms of weaving quality: The design and technique of weaving kilims is formed from the taste and mind of the weaver and does not have any pre-determined designs. 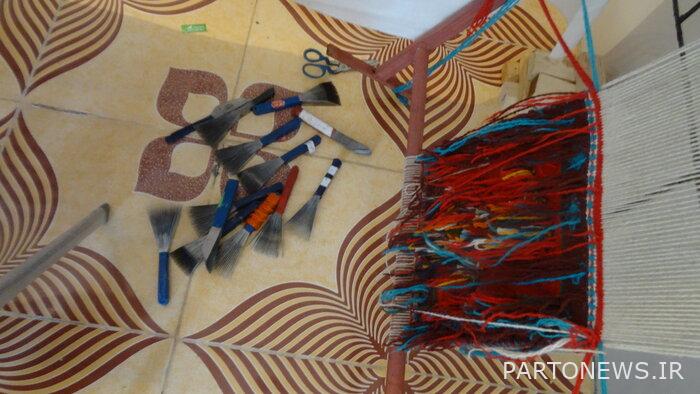 The Secretary of the Alavi Foundation for Development and Development in Dishmuk called Glim Mashteh one of the good opportunities for employment and income generation of rural girls and women, and said: “Supporting employment-generating projects is one of the foundation’s main priorities.”

Esfandiar Mokhtari stated: Payment of facilities by the foundation requires the participation of other agencies, including cultural heritage, in completing the process of training kilim weavers.

He added: with the cooperation of the executor of the Glim Mashteh project, the necessary training to revive this outdated art was provided to 30 female students.

Mokhtari added: “There is a need for more oversight institutions due to the sensitivity of the issue.”

He stated: “Due to the welcome of art students, the revival of this art, in addition to generating income, has an important role in reducing social harms.”

Restore the capacity of the fist kilim by heritage

The governor of Kohgiluyeh, during his visit to the workshop of Kilim Mashteh in Darghak village, said in an interview with IRNA: Kilim Mashteh is one of the good capacities for investment and job creation for women and girls.

Dara Kariminejad emphasized on supporting and paying attention to cultural heritage to revive this beautiful project and added: the negligence of heritage officials during these years cannot be forgiven.

He added: “Due to the good reception of the girls from the plan to revive the fist kilim in Dishmuk district, they were not supported much by the cultural heritage.”

Kariminejad emphasized the full support of those in charge of reviving this outdated art and said: in order to empower rural women, a request for the production of kilims up to one hundred thousand boards was submitted by an institution.

He added: “All capacities will be used to revive and develop the art of kilim weaving in Dishmuk.” 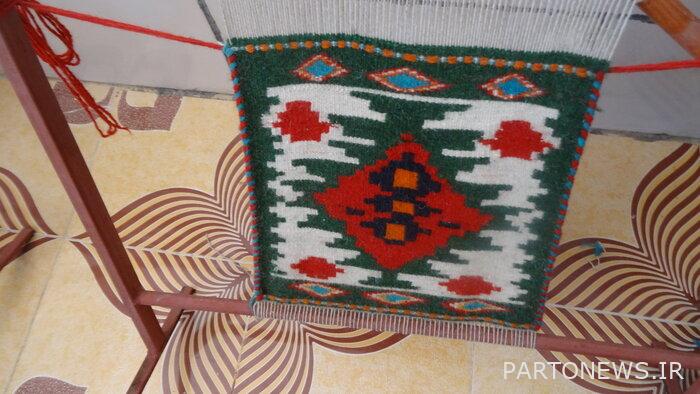 The head of Kohgiluyeh Cultural Heritage, Handicrafts and Tourism Department stated in this regard: During these years, good support for handicrafts in Dishmuk district, especially the obsolete art of kilim fist, was provided by this institution. Heshmatollah Bagheri, referring to the holding of training courses For the applicants in this section, he stated: During these years, more than one hundred students participated in training classes to revive the fist kilim. Mass production will provide good economic capital for women.
Bagheri added: “In order to appreciate the efforts of the only artist in the Dishmuk kilim, with the support of the General Administration and the assistance of the Ministry, 120 million Rials in gratuitous aid has been paid to this artist.” Melli has been registered, he added: A land with an area of ​​400 square meters has been considered for the construction of a handicraft house with the aim of producing fist-covered kilims in the Dishmok section.

Scattered rain in the northern strip of the country 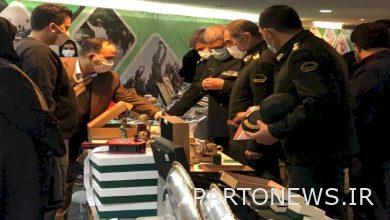 Holding an exhibition of handicrafts at the World Army Wrestling Competition