According to the report of Fars News Agency International Group, it has been three years since the assassination of General Hajj Qassem Soleimani, commander of the Quds Force of the Islamic Revolutionary Guard Corps, and his comrades on the orders of former US President Donald Trump.

In the morning of January 13, 2018, in a missile attack by American drones, Sardar Soleimani, commander of the IRGC’s Quds Force, Abu Mehdi Al-Muhandis, deputy of the Popular Mobilization Organization, and their companions were martyred. This crime was committed by direct order of Trump.

Martyr Soleimani and “Abu Mahdi Al-Muhandis”, the vice-chairman of the Popular Mobilization Organization of Iraq, were trying to reduce the dominance of America in the Middle East countries in order to eventually force it to leave the region. The Quds Force also helped the opposition forces of the Zionist regime in Palestine, Syria and Lebanon to continue to resist the Zionists and liberate the occupied territories, which greatly worried both Washington and Tel Aviv.

Because Haj Qasim’s high experience and ability in reducing the influence of America and confronting the war tactics of the occupiers, along with his achievements in strengthening the power of Hezbollah, Hamas, Al-Hashd al-Shaabi and Ansarullah, as well as creating coordination between Iran, Iraq and other countries in the region against the sinister projects of the Zionists and the Americans, could eventually lead to the realization of such a goal.

electronic newspaperElium’s voteThe London edition published a note with the title “Why did Trump describe martyr Soleimani as America’s number one enemy?” He investigated the main reason for the assassination of this martyr.

This note states: “When Donald Trump, the former president of the United States, took responsibility for the assassination of Qassem Soleimani in Baghdad, he was not drunk, unconscious or crazy when he said: Today we killed America’s number one enemy.”

The author further explains: “Because he actually killed the person who thwarted the disastrous plan that the American intelligence apparatus had initiated in the region and whose first victim was Syria and then Iraq.” If it were not for Iran, Martyr Soleimani, Iraqi and Syrian heroes, Al-Hashd al-Shaabi, Fatemiyoun, Zainabyoun, Al-Nujba movement, Kataib Hezbollah, etc., this plan would have spread to Iran and other countries in the region. How?”.

خبر پیشنهادی:   Biden's conversation with the leaders of Germany, France, England and Italy to coordinate on Ukraine

This note continues: “We have all heard the term ‘creative chaos’ used by former US Secretary of State Hillary Clinton at the time. Some did not understand the depth of this term, just as they did not consider the depth of Trump’s statement, which said: We killed America’s number one enemy. The creative chaos of a project [سنتی] It is American, which is actually America’s alternative plan in the shadow of its decline in the region and the weakening of its dominance over it. This has been evident in many world issues, the most important of which was its withdrawal from Iraq.

Based on this, the continuation of US dominance over the region requires more costs and types of intervention, primarily military intervention. But the United States was, and still is, running a huge deficit. For this purpose, he moved towards a very destructive project, which was to create chaos in the region, and its tool was the emergence of ISIS. Washington with the creation of ISIS, bHe sought to achieve several goals:

First: That the countries in which ISIS enters seek refuge in America and demand Washington’s support for these countries and ask it to provide everything needed to fight ISIS.

ThirdDepreciation of the capabilities of the countries that ISIS enters.

Fourth: The threat of any country that can rebel against America, even if it is an ally.

But what happened in practice?

The author explains in response: “ISIS emerged in Syria and conquered different regions of the country one after another until it was said to have conquered two-thirds of Syria. Then he moved to Iraq and occupied the province of Mosul and began to expand his presence in Iraq until he reached the walls of Baghdad. Until the issuance of the Fatwa of Jihad by Ayatollah Sistani, the supreme authority of the Shiites in Iraq, stopped ISIS, and the Iraqis were able to defend their homeland and clean their regions from the taint of ISIS and show their heroism in the liberation of Mosul. ».

The note continues: “The strange thing was that despite the agreement between Iraq and the United States of America, Washington did not rush to support the Iraqis, but the American media reflected very discouraging positions, including that ISIS cannot be defeated in less than He failed for twenty years.

خبر پیشنهادی:   Washington claimed to have killed one of the leaders of ISIS in Somalia

According to the author, these statements indicated that the American intelligence apparatus planned to keep the region in complete chaos for twenty years, a period it planned to regain its capabilities and eventually control the region and the world.

In the continuation of this note, it is stated that Martyr Soleimani’s action in standing up against ISIS and his great support for the Iraqi forces, al-Hashd al-Shaabi and Iraqi and Syrian groups, as well as the establishment of military battalions in Syria, and beyond all this, his action in convincing Moscow in this regard. whose intervention is needed in Syria, disrupted all the equations and planning of America.

According to the author, another interesting topic among them was Trump’s support for the project and program of the American intelligence agency and his lack of objection to providing cover for ISIS. Although he revealed an American secret during his election campaigns when he said to Clinton: “You are the one who founded ISIS.”

The note continues: “It seems that he was also attracted to the idea of ​​playing with the security and stability of the region, for this reason, in addition to moving forward with this project of the intelligence apparatus, he used another policy in order to restore glory, power and hegemony. used to his country and that was blackmailing the countries of the world by signing big arms deals. He wrapped everything in one famous sentence and presented: whoever wants to be protected by us, must pay.”

At the end of this note, it is stated: “But the defeat of ISIS shattered the American dream of dominating the region through the chaos of ISIS, and it was Shahid Soleimani, the commander and leader, who defeated this American plan.”

Lagheri: The win against the representative of Iraq was a valuable victory/ we must divide our energy properly 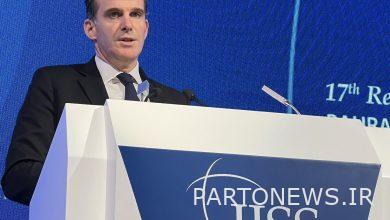 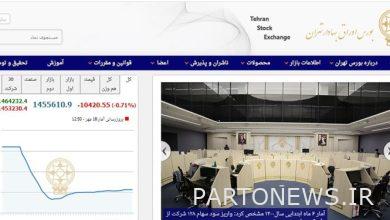 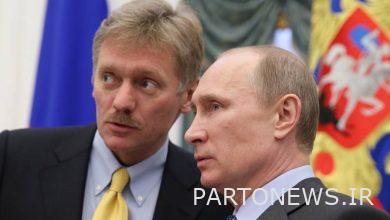 Kremlin: Putin issues a decree to respond to the Russian oil price ceiling 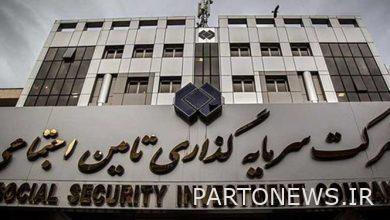 Today, Shasta only covered the capital market in red