Religious, cultural, artistic and historical elements of the country were used in the design of these new banknotes, and in the meantime, a 100,000 Toman check signed by Ali Saleh Abadi, the current head of the central bank, has been printed on the new 100,000 Toman check from Iran with the image of Takht Jamsheid. It has been removed and it has been used from the court of Hazrat Masoumeh (PBUH). The image of the South Pars gas field is also used on the back of the new Iran check.

In this context, the details of these security features indicate that the holographic window security thread has a special coating that changes its color from gold to green as the viewing angle changes. Also, the image of the map of Iran and the Latin phrase IRIRAN are inserted on it.

On the back of the Iran check, the number 100 is printed in Latin using a super security magnetic ink, which changes the color spectrum of the number 100 from golden to green when the viewing angle changes.

خبر پیشنهادی:   Continuation of the Taekwondo team's championship, this time in Fujairah

The bright strip is another security feature of Iran check. In the printing of a part of the back of the Iran check, a bright ink is used in the form of a transverse strip, and if the angle of the check is changed, the mentioned design will appear bright.

The complementary image is a part of the number 100 printed on the front and another part of it on the back of the Iranian check, which complement each other in front of the light and make the number 100 fully visible. Embossed printing, this type of printing can be easily touched and identified with the fingers. The image of the main building on the Irancheck, the wording of the Central Bank of the Islamic Republic of Iran and the face value of the Irancheck are printed in this way.

Watermark and electrotype, a three-dimensional image of a part of the shrine of Hazrat Masoumeh (PBUH) along with the number 100 in Latin, which is hidden in the paper pulp and can be easily seen against the light. Invisible fluorescent fibers, very fine fibers are used in the process of making Iranchek paper, and each of these fibers will be seen in blue, red, green and yellow colors under ultraviolet light.

Serial number, serial number printing is done using red and blue fluorescent ink and under ultraviolet light, they change the spectrum to golden yellow and light blue colors. Printing with fluorescent ink, a type of ink used in offset printing of parts of the background. This compound has strong light reflection and changes to yellow color when exposed to ultraviolet light.

Microprint, very small writing that can be seen with a magnifying tool and only security printing devices are able to print them. Three-dimensional linear design (medals) is also a special type of security design in which motifs appear prominently. 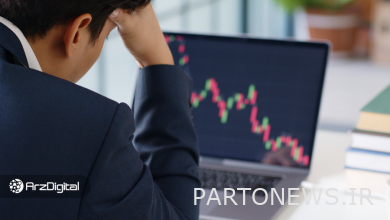 Market situation: Digital currencies have not declined, but this current frustration is necessary 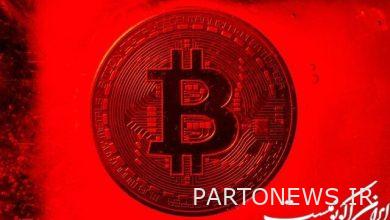 How long does the Bitcoin bloodbath last?

When will the registration results of national housing applicants be announced? 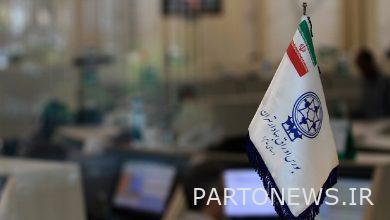