Fars News Agency – Art and Media Group: Nader Talebzadeh had made a documentary in the early days of the Iran-Iraq war that differed in form from most documentaries and news reports of the time. A very special art form that reflected the apocalyptic atmosphere and showed that its creator was in great amazement. There was no mention of the inspiring propaganda of those days in this documentary, nor could it be considered a reference for news information. What we saw was the director’s observant sense. This feeling may have changed over time; From astonishment to praise, from doubt to certainty and faith, and later in some positions, it found a protest aspect, and in others, an empathetic and active aspect in mediation; Nevertheless, what remained important was a kind of observational documentation that reflected the feelings of its author.

In contrast to the part of the intellectual movement that promoted the author’s death theory after the revolution, another group, which was mainly the children of war and revolution, became the pioneers of the author theory in practice; Children of Seyed Morteza Avini; And one of the main ones was a young man with a Western-like face and fluent in English, as many thought he had at least one American vein. It was even rumored that she was born to an American mother, but that was not the case.

Nader Talebzadeh was one of the children who was built by the war, by the revolution, and these ups and downs, these great and fundamental ills, made them unique people. They are often regarded as the creators of the literature and art of revolution and war, but in reality they were themselves born, or in other words, extracts from those periods. When the war ended, a series of intellectual conflicts escalated. An important and influential group of Iranian political currents known as the Islamic Left, after the third parliament, made a sudden turn and became liberal. On the other hand, a government came to power after the war that wanted to change the country’s railways. They said we should forget the war, and Sadegh Ahangaran, Khomeini’s nightingale, and the symbolic voice of the holy defense fighters, whispered that, not forgetting the tulips, they killed me. The extinction of the tulips … A strange period began. The fighters coined an interesting term, “grounding.” It was as if the age when the eyes were on the sky was going to end and society would be involved in biological and terrestrial relations. The era of idealism was about to end and we were about to enter the era of realism. Now, however, those who were born of the idealistic relations of the Revolution and the War have stood up to this situation in the world of art and thought. Morteza Avini was the stage manager. He had a magazine and made documentaries, and a group of his friends worked in fiction. From then on, Nader Talebzadeh became one of the most serious and influential visual journalists in Iran.

There are not many written works by him right now, but visually, he has produced a lot of content that can be returned to written versions as well. He did not write in Surah magazine and could not be evaluated only as a documentary filmmaker. Nader Talebzadeh was a research journalist, but in the form of video and these activities were sometimes manifested in the form of documentaries and sometimes programming and sometimes other forms. He produced content, and the main importance of his work was to break stereotypes.

Nader Talebzadeh was one of the first to realize the need to break the stereotypes of what was known as the North or the First World, and took the first steps in this direction. He happened to be in contact with many Western citizens or elites to advance the project, thus drawing a clear line between his own thinking and that of fascism or fundamentalism. This critical thinking stood in the way of a dream wave that was giving the Iranian middle class an absurd illusion; The transformation of our society into Islamic Japan or Islamic Germany; Something that was internally contradictory and in fact unrealistic and in the long run caused a lot of frustration in this social class. But Talibzadeh’s critical view of the West was empathetic and passed through dialogue; Without confusing the conversation with distortion. He was just as empathetic inside. Many Iranian films that went to foreign festivals in the first two decades after the revolution, with the mediation or collaboration of Nader Talebzadeh; Even at a time when the presence of these films could not be used as a political weapon against Iran. Nader Talebzadeh even went so far as to select and purchase many foreign movies and series to be shown on Iranian television. He was a very creative gatekeeper of artistic content, and he knew and followed carefully the details of education and belief. The closer we get to recent years, the more the journalistic aspect of Nader Talebzadeh, an investigative journalism, became more apparent. He programmed, interviewed, interviewed, and was active in discovering, training, and directing young documentarians and programmers. During all these years, Nader Talebzadeh retained the original feature that existed among all Avini’s children; Despite his strong convictions, he never blocked the path of dialogue, fairness and empathy, even with Westerners, but he had a definite border; If we want to talk about reconciliation with the whole world from the standpoint of humanity, we must never compromise with what is the greatest enemy of humanity at this time. Nader Talebzadeh never got along with the occupiers of Quds, and incidentally, this opened the door for dialogue between him and many freedom-seekers around the world, who, in other respects, may not have had much in common with us and Talebzadeh himself. Finally, the border must be defined and stood firm.

خبر پیشنهادی:   Special preparation of Radio Iran on the day of Ferdowsi's commemoration

Hajunader Talebzadeh dug a ditch between himself and his obvious enmity with humanity across history, geography and the depths of eternity. This was a rejection of the logic of force; It was frightening to face the idea that now that this regime is in place and supported by the world powers, it is better to come to terms with it. The children of the Revolutionary School and the polished jewels in the furnace of war still held the banner of idealism. How beautiful it was that someone like Nader Talebzadeh said goodbye to the living of the world on Quds Day, and even the history on his tombstone, according to the way he lived, found a symbolic aspect. 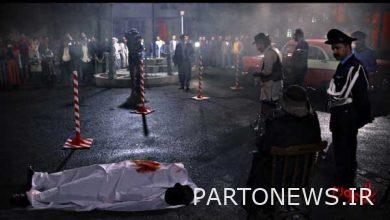 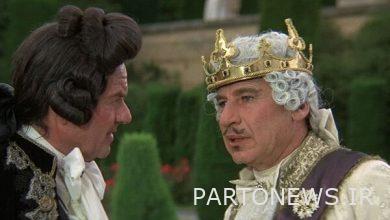 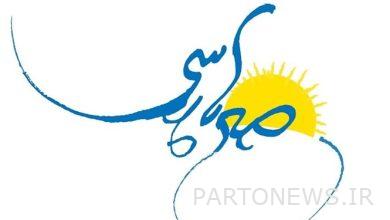 A study of Persian language distortions in the “Persian Morning” program 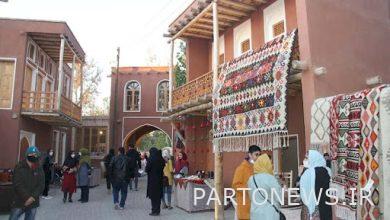 The need to develop the tourism and handicraft capacities of Alborz