According to Tejarat News, House price Today, November 18, 1401, in some areas of Tehran, it is as follows.

Quoted from ISNA, real estate consultants report the stagnation in the housing market recession. In this way, the process of the few transactions that took place before has also been disturbed, which can be called as a new complication.

The housing market was in confusion since July and its price growth has almost stopped. But since the beginning of November, both the supply and demand sides have experienced a kind of inaction. Some sellers have increased the suggested prices by about 5%. This is while there is no buyer in the market. In fact, prices have increased nominally in some areas.

One of the real estate consultants in North Tehran said about the current situation of the real estate market: Currently, a psychological atmosphere has entered the real estate market and few people are buying and selling. When the dollar moves a bit, buyers and sellers hold back to see how things turn out. Of course, in this recession market, the number of sellers is much more than buyers, but in any case, some people who are conservative refuse to sell. Some others have raised their prices. Brokers are of the opinion that changes in the currency and stock markets may have effects on the real estate market.

The housing situation in the southeast of Tehran

Another real estate agent in the southeast of Tehran also stated: I cannot say that there are no sellers. There is a seller, but they don’t lower the rates to make a deal. The housing market is a safe market that protects capital against inflation. The party says to himself, if I sell the house, where should I invest the money so that the value of my money is preserved? So for now he is holding hands. The buyer is not able to buy. Of course, transactions have increased slightly compared to last month, but it is not so noticeable. Maybe the number of transactions has increased by 10%.

Referring to the increase in the price of some construction materials, he said: iron and rebar have become more expensive in recent days because iron goes up and down with the dollar. Unolit seems to have experienced an increase in price. Manufacturers calculate these increases on the price of unlocked units. If semi-finished units enter the market, their rates will definitely be different.

The suggested price of housing in Tehran

Ashkan, one of the real estate consultants in West Tehran, also said: Due to the issue of the dollar, there are fewer real estate sellers and currently most of the money has gone to parallel markets. The funds did not come to the property, but it leaves its psychological effect on the property. It is possible that in the second phase, the funds will come in this direction, but heavy capital has not yet entered the housing market. In one word, I can say that the recession has not stopped the market and the buying and selling situation is not interesting.

Abbas Zainali, an expert on the housing market, in analyzing the current conditions of this market, said: In a real market, supply and demand are proportional to each other. But if there are no precise and regular control policies to control supply and demand, the spring of the markets will be released.

He added: Currently, there is a perception that there will be changes in the currency price. Therefore, some funds may be transferred from productive sectors or bank deposits to parallel markets in the next six months.

Zain Ali said about the effect of the possible fluctuations of the competing housing markets on this sector: housing transactions have stagnated and this trend will probably continue until the end of the year. I feel that there should be no incongruous changes and that the current trend will continue until the end of the year. In such a situation, the price of the house will not decrease, but its sharp rise will be reduced. Currently, many people who wanted to start a project have gone to parallel markets, in order to make short-term profits for them.

This housing market expert stated: housing, foreign exchange, gold and stock market are four competing markets, whose developments usually show themselves in the medium and long term. In some cases, the effects of the markets on each other are immediate. It means that housing may stop a bit when capital moves to the dollar, but it will eventually make up for the lag.

He considered balancing the economic sectors to create a balance between supply and demand and added: We are currently facing an imbalance in the markets and these sectors have similar characteristics. When the production of industries and productive sectors is not in a good condition or does not provide enough, the stock price in the stock market also fluctuates. On the other hand, there are interventions in the stock exchange, which are interventions in the gold and foreign exchange markets. These measures do not have radical effects.

This housing market expert continued: the investor quickly finds the gaps and goes in that direction; Because it seeks short-term profit. In one period, the stock market rises and the funds go in that direction. At some point, the housing market suffers from this situation, and at some point, this happens in the currency market. In Iran, no one invests in the stock market in the long term. Everyone wants to make a quick profit. This allows quick exit from one market and quick entry into another market.

The price of housing in Tehran is 43.7 million tomans per meter 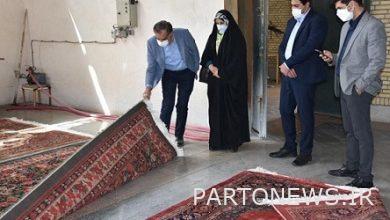 What is the average housing price per meter in Tehran?

What is credit financing from the commodity exchange/Gam bonds? – Tejarat News