According to monetary financial news, Hassan Sharifi, Chairman and CEO of Iran Insurance, while inaugurating the Iran Insurance Building in Tabriz, while congratulating the birth of Hazrat Fatemeh Masoumeh (PBUH) and the Decade of Dignity, announced: To reduce the economic concerns of the people, Our main policy in Iran Insurance is transparency, unconditional, humble and wise service to the people.

According to Iran Insurance Public Relations, Hassan Sharifi, in this ceremony, which was attended by a group of provincial officials, colleagues, members of the Association of Representatives and Veterans, emphasized: I ask all my colleagues in Iran Insurance, first of all to honor the dear people Prioritize their work.

Sharifi, referring to the fire incident in the historical indoor market of Tabriz in 1398, noted: Iran Insurance, in order to provide unconditional services, paid the damages of the victims of this accident, with a strong expert team, within a week of the fire and caused Restart the business of this market.

After the inauguration of the central building of the branches of East Azerbaijan province, Hassan Sharifi and his companions went to the factory of Dadash Baradar Industrial Group (Shoniz) and visited several production lines of this large factory for the production of biscuits and chocolates in the country.

During this visit, the CEO of Iran Insurance described the existence of such large industries as a great blessing for the country and expressed the loyalty of well-known insurers such as Shoniz Company as the strength of Iran Insurance and called them insurance partners and said: “Our presence with you is a great honor.” And Iran Insurance is always proud to be able to lift the burden of the country’s producers in the field of production and construction. To avoid accidents, to create double problems for ourselves and the insurer.

In this meeting, Engineer Parviz Buick, CEO of Shoniz, was honored with an exquisite plaque and plaque.

The CEO of Iran Insurance and the accompanying delegation met with Engineer Vatandoost, CEO of Shirin Vatan Food Industries Company, during the meeting with the major insurers, and during this meeting, a compensation check for this complex amounting to 59 billion Rials was presented to him during a ceremony.

It is worth mentioning that on 11 Bahman 1400, a part of the warehouse of this production company caught fire. Immediately after extinguishing it, the company’s experts were present at the scene. Was respected.

In this program, Vatandoost engineer mentioned the presence of Iran Insurance in the insurance market as a source of peace and security for the producers and said about the future plans of the company and that in these programs and projects, Iran Insurance will be the trusted insurer of the company.

Visiting the industrial group of diesel engines under the license of Daimler, Germany, was the last day of Sharifi’s trip to East Azerbaijan province, and he visited parts of the diesel engine production line of this large company, and at the end of the visit, the CEO Iran thanked Iran Insurance for its support and loyalty by donating a gift.

According to this report, Hassan Sharifi, Chairman and CEO of Iran Insurance and the accompanying delegation, during their visit to the Tabriz branch, met with members of the Board of Directors of the Association of Veterans and Veterans of the province.

In this meeting, Sharifi, emphasizing on following up the problems and issues of the representatives, pointed to the new programs that have been foreseen in the “My Iran System” and said: “By launching this system and completing it quickly, significant progress will be made in the existing competitive environment.” will have. All representatives of the representative should increase their activity in this system and do all the issuance steps in the “My Iran system”.

خبر پیشنهادی:   Changes in Iranian and foreign cars in the last 35 years + photos

According to this report, at the beginning of the meeting, Hamid Reza Bahiraei, head of the General Department of Representatives, answered various questions from the audience, and the deputies raised their union issues and problems regarding the illegal activities of startups, my Iran system, and various issuance systems. And made suggestions to improve the performance of the delegates.

According to this report: During the intensive program of presence in East Azerbaijan, the CEO of Iran Insurance was present among the colleagues of Tabriz city branches and Marand branch and listened to the points of view and suggestions of the colleagues.

At the beginning of these meetings, Sharifi emphasized that it is important that the senior management of Sarapa Company is waiting to hear the opinions and criticisms of colleagues. I am. You have to speak up and criticize us.

Sharifi added that I have emphasized to the head of public relations that my main purpose of provincial trips is to attend and visit colleagues, and that they must take this into account in regulatory programs.

According to the report of the General Directorate of Public Relations, in a meeting with the family of the late Mir Yousef Tabatabai, the late colleague of the company in Tabriz branch and the head of the Liability Insurance Department, the CEO and Chairman of the Board, while commemorating the memory of the deceased, told his family The whole province is in charge of processing the requests of the deceased’s family.

It is worth mentioning that the late Tabatabai was one of the honest and moral colleagues of Tabriz who, after feeling the pain and pressure in his chest, was taken to the hospital in March, 1400, where he was taken to God’s mercy.

Will the stock market forecast turn green in the summer? 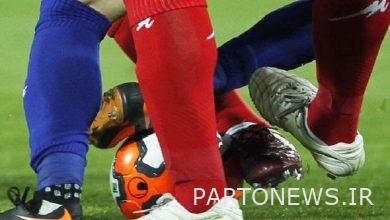 How to buy shares of Esteghlal and Persepolis? (the movie) 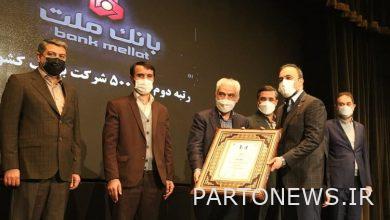