According to Fars News Agency, when the insulting film “Holy Spider” was screened at the Cannes Film Festival and many domestic and foreign media reported on its anti-Shiite and anti-human content, many people tried in different ways for the executive institutions. And policy-makers in Iran to create margins and attribute the construction of this derogatory work to these devices.

The Cinema Organization, as the custodian and executive arm of the cinema, reacted to the production, screening and awarding of the film by issuing an official statement announcing its immediate position and only hours after the closing ceremony of the Cannes Film Festival.
According to the text of the statement, the main axis of this protest was the insult to the sanctities of the Iranian nation and the desecration of the eighth Imam of the Shiites, Agha Ali Ibn Musa al-Reza.
Mohammad Khazaei, the head of the country’s cinema organization, in addition to issuing this statement, in an interview with the national media, pointed out the reasons for publishing this statement and announced: We have officially announced our protest against the Cannes Film Festival.
Many media outlets that were officially and unofficially active in cyberspace harshly and stubbornly described the Cinema Organization and the Islamic Republic’s stance on this insulting film, and beat and questioned this incident in various ways, and this action was a sign of deprivation. They declared freedom.
Many dissident satellite channels, including the BBC and Me and You, have denounced the film’s performance on various occasions.
The official website of the Cannes Film Festival, in an unprofessional action that reflects the main attitudes and biases of the festival, called this statement a reason for the lack of freedom of thought and questioned the film organization and other film institutions.
The directors of the cinema organization and the authorities in this regard, however, insisted on this statement and the legal pursuit of preventing the release of the film “Holy Spider”. The reason for this incident, as was clear in the text of the statement, was the insult to the sanctities of the Shiites.
On the other hand, because so far and in no period has such a reaction been made by any of the institutions in charge of the country’s cinema on these issues. This action of the Cinema Organization shocked the organizers of the Cannes Film Festival and other media against the Islamic Revolution and its ideas to some extent, so that the reports and the way they reacted to such a statement and action showed that their action was obstructed.
Mohammad Khazaei, the head of the cinema organization, said in an official statement: “This film has not received any license from the cinema organization at the time, and from the beginning, no license has been given to make such a film in Iran.”
This incident, apart from any abuse, acquitted the Iranian cinema industry of the existence and production of such films.
A film that looks more like a political script than a feature film because of the French, German, Danish, Norwegian and Jordanian supporters as the location where it was filmed.
Eventually, this led to the cinema organization and its executive arms paying special attention to the production of original religious works. Works that convey the message of the Infallibles (AS) correctly to the people of the world and not present their distorted and inhuman image.

What does Maragheh have to do with the Greek “Pyramia” and “Samos”? 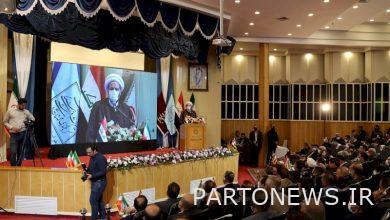