Ali Khezrian in an interview with Mehr reporter, referring to today’s meeting (Monday, June 20) of the Article 90 Parliamentary Commission, said: In today’s meeting, the implementation of Note 2 of Article 5 of the Law on the Protection of the Disabled was on the agenda. Severe disability is free of charge from the state and public rail and bus transportation systems and the use of government and public rail, air and sea suburban systems, and the Ministry of Labor, Cooperation and Social Welfare provides the necessary funds in the annual budget bills. The forecaster and the program and budget organization are obliged to provide these credits.

The representative of the people of Tehran, Rey, Shemiranat, Islamshahr and Pardis in the parliament continued: We had complaints from the disabled that this note of the law is not implemented by the Islamic Republic Railway Company, airlines and the Ports and Maritime Organization and do not issue half price tickets. Therefore, in the first meeting, we asked the Article 90 Commission for all devices, including the Ministry of Interior for urban transportation, subdivisions of the Ministry of Roads and Urban Development, the Civil Aviation Organization, the Islamic Republic Airlines and the Ports and Maritime Organization, also since the Ministry of Cooperation , Labor and Social Welfare was obliged to anticipate funding. We also called this ministry.

He stated: The Railway Company of the Islamic Republic of Iran raised some legal ambiguities, it was stated that in Note 2 it is said that the government and the public, but the railway has handed over its wagons to the private sector, so they are not included in this note. The Ports and Maritime Organization has made the same point and privatized passenger ships and boats. It turned out that the Ministry of Cooperatives, Labor and Social Welfare had also neglected its legal duty to provide funding.

خبر پیشنهادی:   Military greetings from the Commander of the Tehran Army to Sardar Shahid Hamdani

The MP stated: The Railway Company of the Islamic Republic and the Ports and Maritime Organization have also stated that the text of the law on people with severe disabilities is vague. Following this issue, it was decided to form a working group under the auspices of the Ministry of Cooperation, Labor and Social Welfare to resolve the legal ambiguities of the executive bodies, while there was no legal ambiguity in this issue and the obligation of the bodies to the parliament, because the parliament is documented in the constitution. He is the interpreter of the laws and for the Article 90 Parliamentary Commission, according to the consultations and also the details of the negotiations, it was determined that the general phrase in the commentary is not in front of the private word, but refers to services that benefit the general public. The fact that the public transport system transfers wagons, ships and planes to the private sector does not negate legal responsibility, as the contract may specify the amount and credit provided by the Ministry of Cooperatives, Labor and Social Welfare and the Program and Budget Organization. Benefit from a legal discount.

Khezrian stated: The Ministry of Cooperatives, Labor and Social Welfare then submitted a report to this working group in February 2014, and it was stated that the Ports and Maritime Organization and the Islamic Republic of Iran Airlines agreed to comply with the law and issue half-price tickets. But the Islamic Republic Railway Company was still not subject to law enforcement. Finally, today we called all the devices to determine the task.

The MP emphasized: “Finally, the rail and air transportation systems were obliged, such as the sea, which had previously complied with the law by following the Article 90 Commission, are obliged to implement the law within 15 days and comply with the law.” Inform the public. And to resolve the issue of financing it in the government and from the program and budget organization, and the implementation of the law should not be delayed to eliminate these inconsistencies and the lack of services for the disabled.

How long will the subsidies last?

Car factory or loss-making ?! Wrong policies that are a disaster for the industry Al-Ahwaziyah / Denmark and Belgium to extradite terrorists to Iran 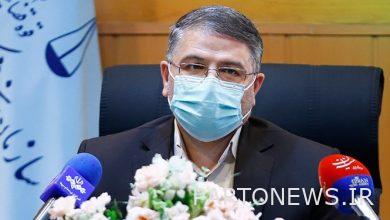 Doctors are not motivated to work in forensic medicine 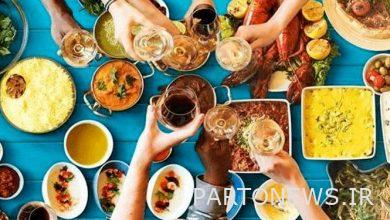