Majid Takht-e Ravanchi, Ambassador and Representative of the Islamic Republic of Iran to the United Nations, said in a speech at the United Nations on Tuesday: “The Islamic Republic of Iran considers unilateral coercive measures as one of the main obstacles to international humanitarian efforts and a major source.” Knows the creation of human crises around the world.

The senior diplomat of the Islamic Republic of Iran added: The international community is facing emerging and evolving challenges in trying to address the humanitarian emergency.

“As the number of people suffering from the effects of natural disasters, armed conflict and foreign occupation increases, the COVID-19 epidemic, as well as unilateral coercive measures, including siege and even starvation of the people, our capacity to deal with diminished,” he said. At the same time, it hinders the development of disaster-stricken countries.

Takht-e Ravanchi stated: “In our region, the dire humanitarian situation in Afghanistan, Syria, Palestine and Yemen has caused great pain and suffering to the people.” And in our neighborhood, the massive influx of Afghan refugees into neighboring countries has exacerbated this tragedy.

“We strongly believe that addressing the root causes of humanitarian crises and emergencies, as well as investing more in prevention, is the only sustainable solution to this global phenomenon,” said the Iranian ambassador to the United Nations.

“In our view, all the principles and objectives of the Charter of the United Nations, in particular respect for the sovereignty and territorial integrity of nations, must be strictly adhered to by all nations, as well as by humanitarian organizations,” he said.

خبر پیشنهادی:   A new record for ships passing through the Suez Canal

He added: “Legitimate concerns about the diversion of humanitarian aid, as well as the activities that go against it under this heading, should be addressed immediately with a full and independent investigation.” In addition, the United Nations must ensure that all humanitarian aid is distributed to all needy populations without discrimination and without undue interference.

“We strongly condemn the imposition of sanctions by some governments, which use them as political leverage in their bilateral relations,” Takht-e Ravanchi said. The Islamic Republic of Iran, as a country exposed to a variety of natural disasters such as earthquakes, droughts, dust and sandstorms that deplete our resources, has been severely damaged by illegal unilateral sanctions.

He added that in line with the “Disaster Framework for Disaster Reduction” document, a practical step is expected to be taken under the auspices of the United Nations to strengthen regional cooperation, especially with neighboring countries, in controlling disasters such as dust. We also welcome cooperation between relevant UN agencies on disaster issues, including resilience, risk reduction, rehabilitation and reconstruction.

خبر پیشنهادی:   Cuba: Israel's crimes are a threat to the peace and stability of the Middle East

The Islamic Republic of Iran also supported the statement made by the Pakistani representative on behalf of the Group of 77 and China.

The Group of 77 and China pointed to the negative social and economic effects of unilateral coercive measures (unilateral sanctions) and the negative consequences of these sanctions on the capacity of target countries to respond effectively to humanitarian challenges, including the Covid-19 pandemic, and government commitment. Reminded them to lift and refrain from imposing those sanctions. 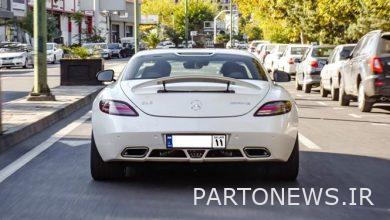 Tax evasion with a rental account of 550,000 luxury cars must pay 5,600 billion tomans in taxes 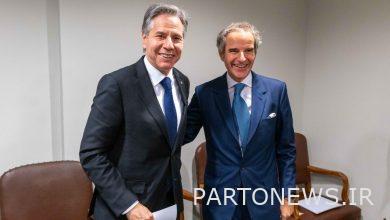 US Secretary of State: I had a useful conversation with the Director General of the Atomic Energy Agency 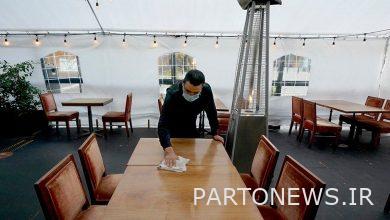 Rising prices in the United States; The restaurant industry is worried about bankruptcy 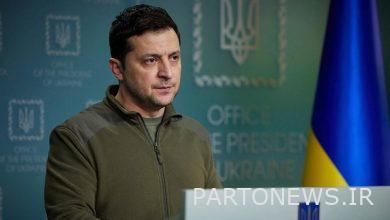 Zelinsky: Negotiations with Russia are difficult