According to the Mehr correspondent, one of the most important duties of the religion of Islam, which is of special importance, is to learn the rules of the religion. One who chooses Islam as his religion must fully accept its plans in all areas of his life and regulate his behavior and actions in accordance with the rules of the religion. That he needs it and it comes to him, to know it so that he can implement it in his life. You can see the answers to the jurisprudential questions that have been published here before.

One of the topics on which many questions are asked is the issues related to Istikharah and divination to the Qur’an.

Question: Is it permissible to pay and receive money for writing a prayer?

Answer: There is no problem in receiving or paying a sum as a reward for writing the received prayers.

Question: Is it obligatory to practice Istikharah?

A: There is no religious obligation to practice Istikharah, but it is better not to act against it.

Question: According to what is said, there is no need for Istikharah in good deeds. Is it permissible to inquire about the quality of their performance or about the unforeseen problems that may arise during their performance? And is Istikhara a way of knowing the unseen, or is only God aware of it?

A: Istikharah is for removing astonishment and doubt in doing things that are permissible, whether the doubt is in the essence of the action or in how to do it. Therefore, in good deeds in which there is no wonder, istikharah is not necessary and also istikharah is not for knowing the future of a person or action.

Question: Is it correct to recite the Qur’an in cases such as requesting a divorce or not? And what is the ruling if a person performs Istikharah but does not act according to it?

A: The permission of Istikharah with the Qur’an or Tasbeeh is not reserved for a specific case, but in any permissible matter about which a person is skeptical and astonished that he is unable to make a decision, it is possible to take Istikharah and it is not obligatory according to Shari’ah, although It is better for man not to oppose it.

Question: Is Istikharah with Tasbeeh or the Qur’an permissible in crucial matters such as marriage?

خبر پیشنهادی:   Warning about the increase of dust storm in Tehran / President's order to negotiate with 3 countries

A: It is proper for a person to think carefully about the matters he wants to decide about, or to consult with experienced and reliable people, and if he is not surprised by these actions, he can meditate.

Question: How many times is Istikhara correct for a task?

A: Because istikharah is for removing astonishment, so after the astonishment is removed with the first istikharah, its repetition does not make sense unless the subject changes.

Question: Sometimes it is seen that the writings that contain the miracles of Imam Reza (as) are distributed among the people by placing them between the pages of the pilgrimage books that are in the shrines and mosques, and their publisher has written under them that everyone To read those miracles, it is obligatory to write them in a certain number and distribute them among the people to meet their needs, is this correct? And is it obligatory for the person who reads them to act at the request of the publisher?

A: There is no legal basis for the validity of these matters, and anyone who reads them is not required to comply with the publisher’s request to write them.

Question: Can Istikharah, which is on some sites, be used as a criterion?

C) If it is according to the usual methods, there is no problem.

Question: Is Istikharah, according to the way that is common among us today, legally entered and approved?

And is it harmful to repeat it?

Is it haram to oppose Istikharah?

Answer: It is certain that one of the cases in which Istikharah is legitimate is a case in which you do not conclude after consulting with its people and remain in astonishment. Before that, the work should be given alms so that it will not be repelled.

Question: What is the ruling on performing ghusl before Istikharah?

Answer: Ghusl can be performed for the purpose of prayer and reward.

Answer: Question: What is the ruling on renewing Istikharah? What about marriage?

Answer: In no case is renewal of Istikharah correct unless a considerable period of time has passed or the conditions under Istikharah have changed.

Answer: There is no problem if a real person performs Istikharah and the result is announced or the software is set up to reflect the verses of the beginning of one of the pages of the Qur’an without prior notice.

Question: At the time of the delivery of the year, my wife opened the Quran with the intention of how we would be in the new year, and she saw the verse “The whole soul of the taste of Alamut” in the middle of the page. The theme came; I have been completely upset since that day and I am very worried about my wife; What is your opinion on this?

خبر پیشنهادی:   Golestan and Ardabil have the highest rates of colon cancer

Answer: Fortune-telling with the Qur’an is not valid and in some cases it even has religious forms; It can only be recited with the Qur’an. If you ask a question, pay alms and do not worry.

Question: What are the conditions for a person who performs the act of Istikharah?

Answer: The extractor does not have special conditions.

Question: Is it obligatory to practice Istikharah if it is performed?

Answer: It is not obligatory to practice Istikharah, but it is not possible to oppose it unless it delays for a considerable period of time and then takes action.

Question: What is the ruling on taking Istikharah out of habit in all the small and big matters of life, so that a person benefits from his knowledge and intellect and that of others in battle?

Answer: It should be noted that Istikharah is related to a place where man can not discern the path with his knowledge and intellect, nor through counseling, so that he is confused and confused; Otherwise, Istikharah is not correct.

QUESTION: Is there a case for Istikharah to answer a girl suitor?

Answer: If the problem is not solved after the necessary consultation and research, Istikhara can be used. Otherwise, Istikharah does not make sense.

Question: Should the Istikharah prayer be offered with the intention of seeking or entering?

Answer: Read with the intention of absolute closeness.

Answer: It is called concubine, but with suspension, suspension in the composition is like saying that I will marry you if my father allows it or if the answer to Istikharah is good and this has nothing to do with the condition during the marriage.

Question: Is the use of Istikharah software correct and permissible?

Answer: There is no problem if it is for propagating the religion of Islam and they are safe from the corruptions that exist in such cyberspace.

Question: In the hours of Istikharah, we have lunch until noon. What is the religious time of the day from lunch to noon?

Answer: Lunch means one or two hours after sunrise. 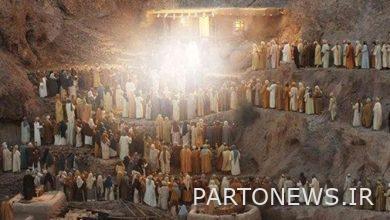 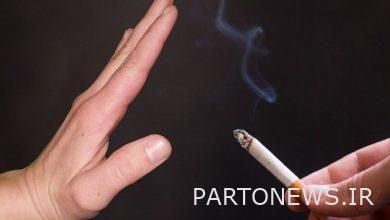 This cancer is closely related to smoking 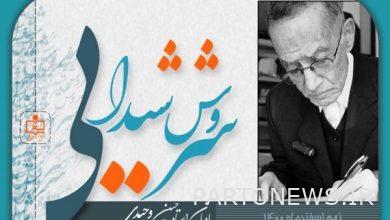 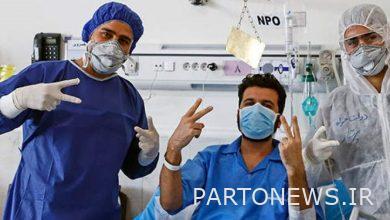