According to the law of car purchase in the commodity exchange, “each national code (genuine buyers) are only allowed to place an order on one of the codes offered on the date of sale and only for one vehicle”. The meaning of this sentence is that on Sunday next week that 4 car models in Commodity Exchange is offered, each person can only register a purchase request for one car.

Some car buyers may think that if a car is released the next day, they can make a purchase request, but this is not the case.

According to the stock exchange law, the people who have succeeded in buying cars in the previous offers in the commodity exchange, as well as from the beginning of 2018, are not allowed to register a car purchase order.

Who can buy a car?

Any person with a national card who is over 18 years old and has owned or owned a car since 1998 cannot own a car through the stock exchange. In fact, the main condition for buying a stock car is having a national card and not having a car from 4 years ago until today.

In the report5 years of waiting to buy a car! / What signal did the car IPO give to the market?It was explained that with the stock exchange of car purchases, the average car price has increased both in the factory and in the market. In fact, those who had little hope of buying a car through the lottery, have lost the same hope with the stock exchange of this market.

A stock car costs at least 350 million tomans. If a person with a salary of 6 million tomans wants to buy a car from the commodity exchange, he must save his salary for 58 months. It means that it will take 5 years for this person to own a car, even if the price of the car remains constant during these 5 years, which is almost unlikely!

Pride has grown by 1100% (equivalent to 243 million tomans) from 5 years ago to today, but the salary of the Ministry of Labor has increased from 900 thousand tomans to 6 million tomans, which means it has increased by 566%. According to these propositions, by removing the lottery, a group of those who had the conditions to buy a car were practically eliminated.

Will the rented national card be listed?

The requirement to have a national card and not owning a car in the last 4 years, on the one hand, and the presence of those who have the conditions to buy a car but do not have the money, can expand the range of rental national cards.

In the foreign exchange market, each national card was rented between 300 and 500 thousand tomans. Since the profit of buying a car from the commodity exchange is usually more than 50 million tomans and in expensive cars it can be several hundred million tomans, probably the money given to the owner of the national card is much more than the currency market.

The government has set a quota of $2,000 for every person over 18 years old who has a national card. That is, every person who meets these conditions can buy $2,000 per year at the agreed dollar rate. The agreed dollar is cheaper than the open market and the buyer benefits from buying his share. The quota dollar profit is different for each side.

Centcom confirmed the rocket attack on the US base in Syria

Checking the market situation in the second week of April / What is the condition for the stock market to grow? 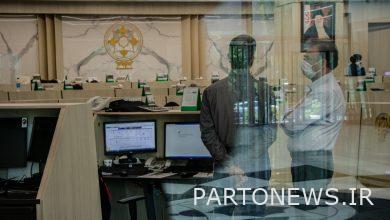 Why was the stock market positive? / Will this week’s index reach 1.4 million units? 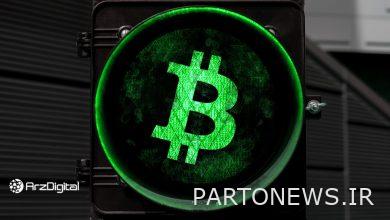 Examine an uptrend scenario; Maybe now is the best time to buy bitcoin