In a sympathetic meeting with the legal deputies of the executive and governing bodies, it was discussed;

According to the General Directorate of Public Relations of the Judiciary, in order to de-judicialize and reduce the number of cases submitted to the judiciary, the head of the judiciary met with legal deputies and parliamentary affairs of executive bodies and government institutions to discuss how to reduce the number of cases related to government agencies. And a judiciary was established.

Hojjat-ul-Islam and Muslims Mohseni Ejei During this meeting, while congratulating and congratulating the birth of the blessed lineage of the Holy Prophet (PBUH) Imam Hassan Mojtaba (AS), referring to the special role and function of legal and parliamentary affairs of ministries and governing bodies in planning and coordinating to advance All legal affairs and the parliament of their respective bodies and supervising their proper implementation, stated: Legal and parliamentary affairs of the ministries and government agencies as an intermediary link between their organization and the parliament and the judiciary, performs serious and important responsibilities such as filing lawsuits, prosecuting and Defending criminal, legal, administrative, registration and other lawsuits in judicial and legal authorities, as well as continuous communication with the legislative body of the country in order to advance the goals and programs of their respective institutions.

The head of the judiciary went on to state key strategies and points for strengthening the efficiency of legal deputies and parliamentary affairs of ministries and governing bodies and their role in advancing the judiciary and reducing the number of cases submitted to the judiciary, and specifically outlined 10 agendas in this regard. .

Extract codified and reliable statistics on the amount and type of judicial cases related to government and governing bodies; Separation of legal cases related to the devices in terms of partisanship (litigant); Pathology of the reasons for filing lawsuits for or against government agencies; Resolve cases related to devices before issuing rulings and court rulings in relation to them; Determining and separating the bodies for which the most popular petitions have been filed in the Court of Administrative Justice and the most for the annulment of resolutions in this court are assigned to them; Identifying and blocking the contexts that cause the most lawsuits against a device to be filed in the Court of Administrative Justice; The need to draft a strong and reasoned defense bill by the legal deputies of the agencies during judicial proceedings; Pathology of the reasons that lead to judicial rulings against the state and government apparatus and the need for careful consideration of the legal assistants of the apparatus in submitting appeals; There were 10 agendas that the head of the judiciary presented in a sympathetic meeting with the legal and parliamentary deputies of the executive apparatus and government institutions in order to play a role in advancing the judiciary and reducing the number of cases entering the judiciary.

Following this meeting, the Chief Justice explained and explained each of the agendas proposed in order to strengthen the efficiency of the Legal Deputies and Parliamentary Affairs of the ministries and governing bodies and their role in advancing the issue of de-judicialization and reducing the entry of cases to the judiciary. Judicial cases related to government and governing bodies in the form of peace and reconciliation, before the verdict and court ruling, have significant benefits in all aspects, both material and immaterial, and the role of legal assistants in achieving this is prominent.

خبر پیشنهادی:   Holding an exhibition of sister cities to attract investment in the capital

Hojjat-ul-Islam and Muslims Mohseni Ejei, referring to the fundamental and prominent role of the Court of Administrative Justice in dealing with complaints, grievances and protests of the people against government officials or units or by-laws and the realization of rights According to Article 173 of the Constitution, they stated that the legal assistant of a state or governmental body could play a significant role in identifying and blocking the grounds for filing a lawsuit against the body in the Administrative Court of Justice.

The head of the judiciary added: “Also, the role of the legal deputy of a government or governing body in informing the officials and staff of the said body in order to prevent the issuance of resolutions contrary to laws and regulations and the rights of the people is very important.”

The Head of the Judiciary went on to explain the importance of a well-reasoned and strong defense of legal assistants in handling judicial cases related to their respective systems, and said that their lack of sound and adequate defense led to consequences such as numerous requests under Article 477 and procrastination. .

In this regard, the Judge added: “When a verdict is issued against a government and governing body, sometimes we are faced with defense bills by the legal deputies of those bodies that are not sufficiently convincing, or we come across requests for the application of Article 477 and an appeal that we do not consider at all.” The lawsuit and the verdict are not issued.

Hojjat-ul-Islam and Muslims Mohseni Ejei continued the symposium with the legal and parliamentary deputies of the executive bodies and governing institutions, while stating the need for comprehensive bills that are sent to the parliament for approval, on the role of legal deputies and parliamentary affairs in the most mature and He pointed out that the plans that are presented in the parliament are more comprehensive and are related to the executive and governing bodies in some way.

The head of the judiciary also advised the legal and parliamentary deputies of the executive and governing bodies to take the lead in explaining issues related to their respective bodies to the people and their representatives and lawyers, thus giving the ill-wishers the opportunity to surf. Remove issues.

* Khodaeian, the head of the National Inspection Agency, also pointed to the need to eliminate unnecessary and additional criminal titles and reduce imprisonment in the bills proposed by government agencies and institutions, and to guarantee the criminal executions that the ministries provide for their bills. The provision of criminal enforcement guarantees in the bills regulated by the ministries puts the burden on the judiciary, while “eliminating criminal offenses and reducing imprisonment” is one of the general policies of the system that must be observed.

The head of the National Inspection Agency also stressed the need to document the property of the agencies and said: “Currently, the property of most government agencies is either undocumented or their document has not been prepared in accordance with the law of Hadnagar.”

Hojjatoleslam “Ghodrati”, the Legal Deputy of the Judiciary, also mentioned in this meeting, referring to the positive effects of the Memorandum of Understanding signed three years ago between the legal deputies of the three branches on the issue of “revision of laws”: Has used the memorandum and hopes that other agencies and organizations will be more serious in implementing the provisions of this memorandum.

He also considered the legal deputies as a platform for regulating the actions of the directors and called for the formation of a coordination council for the legal and parliamentary deputies of the three forces and their affiliated organizations.

خبر پیشنهادی:   The fundamental transformation document has a special emphasis on the issue of hijab and chastity - Mehr news agency Iran and world's news

The Legal Deputy of the Judiciary also referred to the problems created following the approval of some bills of different bodies, and demanded that the various bodies, when preparing their proposed bills, if they encounter judicial cases, be sure to discuss it with the Judiciary and the Minister of Justice. And seek the advice of the judiciary.

Seyyed Mohammad Hosseini, the parliamentary deputy of the government, while appreciating the performance of the judiciary in the period of transformation and excellence, said in this meeting: Hojjatoleslam and Muslims Issues have done very valuable work.

He went on to say that the role of parliamentary deputies is to strengthen the ties between the three powers and the various organs, as well as to strengthen empathy and synergy between the pillars of the holy system of the Islamic Republic of Iran.

He described the expansion of the level of access of MPs to the President to convey their content and views as one of the plans of the 13th government and said: “To date, 229 members of the Islamic Consultative Assembly without intermediaries and face to face, their points and content Have been transferred to the President.

Jafari, the Deputy Supervisor and Coordinator of the Parliamentary Deputy for Government, while appreciating the agility and hard work of the head of the judiciary and the body of the judiciary in the period of transformation and excellence, said: the existence of a sense of justice in society can give hope to many people.

He also announced the readiness of the Ministry of Education to assist and assist in the implementation of the provisions of the Judicial Transformation Document.

Ghavami, the Deputy Minister of Parliamentary Affairs of the Ministry of Economy, also praised the measures taken by the judiciary during the period of transformation and excellence to regulate the entry of prosecutors into the transfer of state-owned companies and called for the expansion of specialized courts in commercial and economic fields.

“Dargahi”, the parliamentary deputy of the Ministry of Jihad for Agriculture, while appreciating the actions of the judiciary in the period of transformation and excellence that has revived hope in the hearts of the people, said: “We hope with the cooperation of the judiciary we can increase the country’s food security day by day.” .

While appreciating the measures taken by the judiciary in the field of documenting agricultural lands, he said: One of the plans of the Ministry of Jihad for Agriculture is to document all agricultural lands by the end of the thirteenth government.

Dargahi also praised the judiciary’s efforts to combat illegal construction in rivers and beaches, and called for the process to continue. 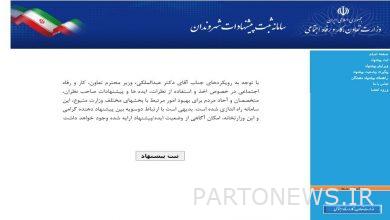 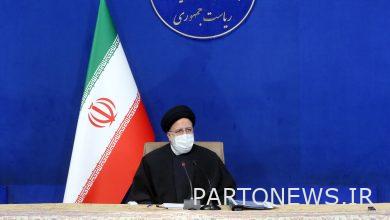 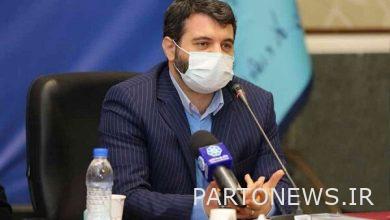