In the circle of Anas, the Holy Quran was discussed;

According to the General Directorate of Public Relations of the Judiciary, last night, on the sixteenth day of the holy month of Ramadan, a gathering of people with the Holy Quran was held in the presence of Hojjatoleslam and Muslims Mohseni Ejehai and a group of the country’s eminent readers.

The head of the judiciary, during his speech during this enlightened gathering, while pointing out the greatness and virtue of the holy month of Ramadan, the month of the revelation of the Qur’an, pointed to the presence of Layali Parfiz Ghadr and said: Ghadr night is superior to a thousand months and on this night all destinies Servants are appointed and divine angels descend to earth, and a special enlightenment and spirituality reigns, and for this reason the prayers and devotions of human beings are doubly valued.

The Chief Justice stated that the Qur’an is a beacon for misguidance and healing of mental illnesses and mercy for the believers: We must show with our trustworthiness, with our justice, with compassion and kindness to the people and our fellow human beings that we are familiar with the Qur’an and we are students and students of the school of the Qur’an and the Ahl al-Bayt (as).

Hojjat-ul-Islam and Muslims Mohseni Ejei, referring to the importance of promoting and disseminating Quranic knowledge by using technological facilities and the role and mission of the country’s cultural officials in this regard, said: There are all the issues and needs of human beings in the Qur’an; Familiarity with the Qur’an means knowledge of monotheism, resurrection, and living faithfully and well with fellow human beings and other divine creatures.

The head of the judiciary, referring to the guidance of the Qur’an on how man treats his fellow human beings and other creatures of God, said: The Qur’an teaches us how to deal with others in our social behavior; With contemplation in the Qur’an, we learn how to deal with those who are angry with God or those who have slipped and have the possibility of repentance and return, and those who do not have the necessary effort and haste in the path of realization.

The head of the judiciary added: “The Holy Quran, with its subtle and heartwarming interpretations, shows the manifestations of life on earth, and it is by understanding and contemplating these verses that man understands how to deal with the environment and the components of creation.”

The head of the judiciary said that familiarity with the transcendent concepts of the Qur’an is the best way to deal with social anomalies and the devil and the devil, your attributes and carnal airs, said: , Have a serious duty and responsibility, and it is hoped that by using good methods to explain the Qur’anic teachings, they can make this beacon of light more radiant in our Islamic society and throughout the universe.

خبر پیشنهادی:   23 programs will be held during the marriage week in Zanjan province - Mehr News Agency | Iran and world's news

Hojjat-ul-Islam and Muslims Mohseni Ejehi concluded by stating that the word of God has a situational effect on human beings, noting: One of the best honors of the holy month of Ramadan is the revelation of the Qur’an and one of the best acts of worship is reciting, thinking and reflecting on the meanings and truths of the Qur’an.

The head of the Islamic Propaganda Organization, referring to the non-holding of many Qur’anic circles in the past two years due to the spread of the infamous Corona virus, thanked the head of the judiciary for holding this meeting, which was held in the presence of our country’s international readers. The Quran Enlightenment Ceremony, hosted by the judiciary, dates back to the late Ayatollah Shahroudi’s presidency of the judiciary, and we thank Hojjat al-Islam wal-Muslimin Mohseni Ejei for being a benefactor and for holding this enlightening and Quranic meeting.

It is worth mentioning that in this Quran Enlightenment Ceremony, which was held in the presence of Hojjatoleslam and Muslims Mohseni Ejei and a group of the country’s eminent reciters, reciters Mehdi Gholamnejad, Amin Pouya, Ahmad Abolghasemi, Ali Akbar Basaeri and 7-year memorizer of the Holy Quran “Zeinab Bozmehrani” They recited the words of God Majid and Ibtihal recitation and Tawashih were performed.

At the end of this enlightening ceremony of the Quran, the Maghrib and Isha congregational prayers were offered to the Imamate of Hojjat al-Islam and Muslims Mohseni Ejei, and those present broke their fast with the head of the judiciary. 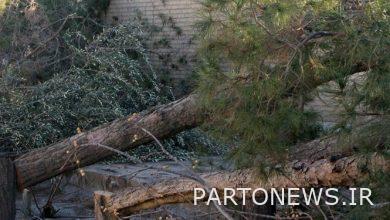 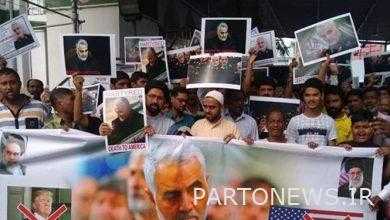 Haj Qasim is not just your martyr! / The reaction of the people of the world to the martyrdom of Sardar Soleimani 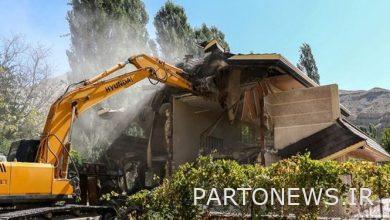 Liberation of 80% of the Karaj River