It was raised at the meeting of the Supreme Council of the Judiciary;

According to the General Office of Public Relations of the Judiciary, Hojjatoleslam and Muslims Mohseni Ejei today (Monday, April 19) in the meeting of the Supreme Council of the Judiciary, while congratulating and congratulating the happy birthday of Imam Hassan Mojtaba (AS) to express points about the life and time of Imam Hammam and encounter He dealt with the hypocrites, your devils, and short-sighted people, and pointed out that the night of glory, value, and virtue was ahead.

In honor of Army Day, the Chief Justice also mentioned the effective role of this force and all armed forces in general in establishing authority, deterrence, territorial integrity and independence of the country in obedience to the Supreme Commander of the Armed Forces and the army and armed forces. Consisting of forces and elements of faith and jihadi spirit, he said that they are constantly serving the people in times of war and peace.

The need to strengthen the courts in various ways, including equipping manpower and facilities; This was the first order of the head of the judiciary during today’s meeting; In this regard, the head of the judiciary, stating that the courts are at the forefront of the fight against crime, pointed to the role of these judicial units in investigating and dealing with crimes and conducting investigations related to criminal cases. To know.

The Judge also stressed the need to strengthen the Judgment Enforcement Branch, and considered Judgment Enforcement Units to be part of the efforts of the judiciary, the judiciary, the Court of First Instance, the Court of Appeal and the Supreme Court, so they need more support to support There should be no disruption in the implementation and administration of justice.

خبر پیشنهادی:   Good news from the Minister of Health on the coverage of rehabilitation insurance / government support package for special patients and thalassemia

The head of the judiciary went on to point out the important issue of arranging, distributing and allocating forces in judicial centers in order to achieve the highest productivity and efficiency in judicial units, and in this regard, he considered his pathology in a recent visit to the branches of justice in Islamshahr. He considered the contract and the unbalanced arrangement of forces in some judicial authorities to have undesirable consequences, and in this regard, he specifically issued instructions to the Chief Justice of Tehran.

Hojjatoleslam and Muslims Mohseni Ejei, following today’s meeting of the Supreme Council of the Judiciary, instructed the Supreme Judicial Officials to increase their oversight of the subdivisions, both in the field and systematically, so that during these oversights, processes and processes can be pathological and problems and obstacles. To make the provision of judicial services to the people as desirable as possible.

The Head of the Judiciary, while appreciating the efforts of Shahrokhian, Deputy Chief of Finance and Support of the Judiciary, instructed him to take more steps to resolve the issues and problems of judicial units and staff in cooperation with the Strategic Deputy, and to set specific indicators and priorities in a timely manner. , To visit all judicial centers of the country with the help of their colleagues in the Deputy Minister of Finance and Support to get more acquainted with the bottlenecks and problems of judicial units and staff.

In this regard, the Judge also instructed the Deputy Chief of Human Resources of the Judiciary to conduct regular field visits to judicial centers while examining the arrangement and distribution of forces in judicial units to meet the needs and problems of judicial staff in various fields, including educational issues. Arrange as appropriate.

But one of the main plans and policies of the judiciary in the new era, which is emphasized by Hojjat al-Islam wal-Muslimin Mohseni Ejei, and which is specified in the Judicial Transformation Document, is to “shorten the judicial process”; In this regard, the head of the judiciary during today’s meeting instructed the Strategic Deputy of the Judiciary to take more measures to facilitate and accelerate the access of the people to justice and to take measures to reduce the process of handling judicial cases.

In this regard, the head of the judiciary specifically referred to his recent visit to the judiciary and the city hall of Islamshahr city and warned about the delay of the process in one judicial authority and the lack of timely referral to the next authorities and considered this issue as a factor in delaying the trial.

At the end of the first part of today’s meeting of the Supreme Council of the Judiciary, the Chief of the Judiciary, considering the pathology during his recent visit to the Judiciary and the Islamshahr Court, instructed the Head of the Statistics and Information Technology Center of the Judiciary to plan regular visits to judicial centers. Establish problems related to electronic processes in the judicial units, in cooperation with the “strategic” and “human resources” deputies, to equip the infrastructure and train the forces to send a system of judicial papers.

He added: “Using the national portal of the judiciary, people can benefit from services such as” case follow-up “,” electronic notification “,” participation in virtual hearings “and other communications with the judiciary without visiting in person.”

Referring to the launch of the “Primitive Remote Petition” and “Administrative Court of Appeals” electronic services last year, Kazemifard said: “People do not pay anything other than legal fees to file these two lawsuits.”

The head of the Judiciary Statistics and Information Technology Center stated that all the efforts of this center are to complete the single service window of the Judiciary by the week of the Judiciary. That the electronic services of all affiliated organizations of the judiciary be established.

Kazemi-Fard also said: “Maximum use of new technologies and knowledge-based”, “Expansion of electronic judicial services” and “Facilitating people’s access to justice”, “Implementation of the Judicial Transformation Document”, “Shaping the environment of the judiciary in the context of technology with maximum interaction With other institutions “, are the most important priorities of the Judiciary Statistics and Information Technology Center in 1401.

Which skin problems are caused by vitamin deficiency? 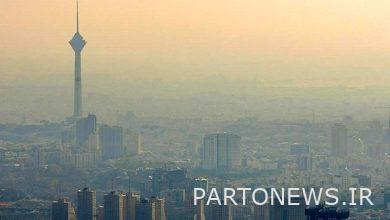 Cause of air pollution in Tehran in the first days of autumn / premature death of 5,000 Tehranians annually 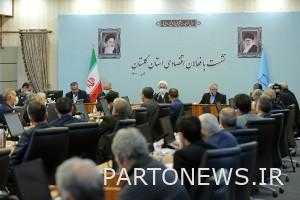 Judiciary »Instead of issuing a prison sentence for a person who embezzled 2,000 billion, he can be forced to dredge the Gorgan Bay, which, according to officials, has created security problems for the province. 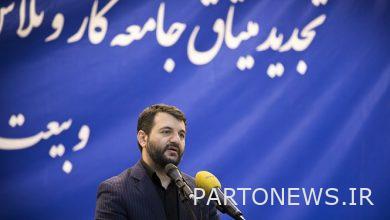 Abdul Maleki: The working class is at the forefront of the fight against sanctions 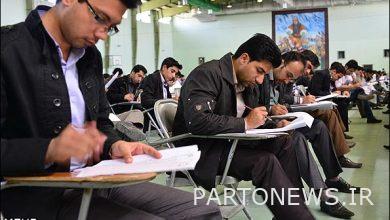