According to Tejarat News, it seems that the conventional and old relationship between property prices in the country and the “north” is now disturbed in the northern province. What is the reason for this?

As the world of economy According to the data, the results of statistical and field studies conducted by the “World of Economy” from the property market in the “North” – Mazandaran Province – indicate that the flight of capital to land and villas during this period – from 98 to the beginning of the summer of 1400 – It has caused the average price of land in the “north” to increase 6 times and the average price of housing to triple. – Capital – The growth of property prices over the past 2.5 years, has been far less than the “North”. This difference in the rate of price growth is the result of “the choice of the North by a significant number of people in recent years for recreational accommodation, temporary coronation and, of course, real estate investment.”

Influenced by “inflationary overtaking of northern real estate from other parts of the country”, now the ratio of housing prices to “northern” has reached 1.8, which compared to the ratio of 2.5 times in 1996 – the period before the jump in housing prices and excitement Real estate investment – represents the “formation of a new situation in the northern real estate market”; This means that northern property prices have risen “steeper” than in the long run. Currently, the average price per square meter of a house or villa in Mazandaran province – this price includes all native residential units and villas – is about 6.5 million tomans per square meter.

However, the average price of villas and land in tourist and high-income areas (in terms of investment) are other figures that are almost at least twice as long as the official provincial statistics. In certain areas of the “north”, which are considered the busiest tourist areas of this area, it is 4 to 5 billion tomans, which is almost equal to “conventional newly built apartments (under 100 square meters) in the upper middle areas of the capital.” These villas have an infrastructure area between 150 and under 200 square meters and their land is estimated at about 300 square meters. The ratio of the price of such a villa to such apartments in the early 90’s was about one third. Thus the current situation says that in this (recent) period of property fluctuations, the “north” has become the rival of the “capital”. There is another document from the property price competition between Tehran and the north, according to which, since 1993 (ie before the jump in housing prices in Tehran), the growth rate of residential land in the capital and Mazandaran province has been the same. In both, the price of land has increased 10.5 times. However, this situation could be “fragile” as the future of the “foreign real estate market player” is likely to disrupt the game for at least two years in the northern real estate market.

The jump in property prices in the “North” is due to the “flight of capital” into this market, which is accused of such a deviation in investment, its “policymaker” and “wrong policies”. Society and various markets have led to the formation of “inflation expectations” and the (diversionary) movement of capital towards speculation and asset markets – resulting in a slump in productive investment over the years – no doubt. But in the meantime, two policy moves have, in practice, led to “support for diversionary investment” and a “green light to move north on the Malacca Rail”.

خبر پیشنهادی:   Unveiling of next year's stock exchange program / "The stock market debate is forgotten by the people!" 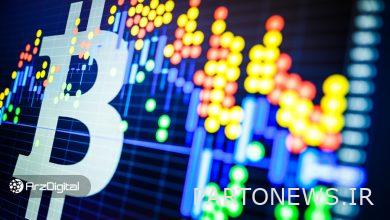 Stabilization of prices after the 10% fall of Bitcoin; How long will the fall from the $ 69,000 peak continue? 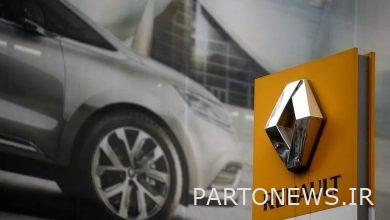