According to Tejarat News, the loss-making engine in automobile manufacturing It is still clear. The financial statements of the three major automakers of the country in 1400, which were recently published in the Cadal system, show a loss of 9,450 billion tomans in production.

Quoted from the world of economyThis is in a situation where the accumulated losses have reached the peak of 75 thousand and 600 billion Tomans. According to the report, although the rate of loss production in 1400 has decreased compared to 99, but the statistics still show the loss of automakers.

Regulatory pricing is a clear reason for automakers’ production and accumulation losses, while policymakers do not seem to have a specific plan for eliminating or reducing the losses of automakers by changing pricing practices.

At the same time, it is predicted that the turnover of losses in the automobile industry will increase due to the growth of the cost of production inputs this year and the insistence of the policymaker on price stabilization. This is in the context that it is planned to produce 1.5 million vehicles this year.

The rate of loss production in automobile companies decreased. According to the unaudited financial statements of automakers in the Cadal system, although the three largest automakers in the country are still facing production and accumulation losses, but the growth rate of their losses has slowed down.

Accordingly, production losses in 1400 reached 9 billion and 450 million tomans. This is in a situation where the accumulated losses have reached the peak of 76,000 billion tomans.

According to a report provided by the country’s three largest automakers (Iran Khodro, Saipa and Pars Khodro), production losses have decreased by about 40% compared to 1999, and the growth rate of accumulated losses has been reduced by 1,400. Accordingly, mandatory pricing is a specific reason for the losses of production and accumulation of automakers.

This is in the context that the car policy maker has a designated plan to remove it from automobile manufacturing There is no country. Although the President’s eight-point decree on the transfer of government shares can be used as a basis for removing mandatory pricing from automakers’ products, there is no serious activity to offer government shares.

On the other hand, the car policymaker is not optimistic about other price correction routes and still emphasizes on orderly pricing to regulate the market.

Liberalizing car prices is the solution for many car industry experts and practitioners to eliminate production losses; However, the Ministry of Silence, fearing the social consequences of rising car prices, has never welcomed the proposal.

On the other hand also the growth of accumulated losses and production inevitably the transfer of shares automobile manufacturing Will face problems. But Cadal’s statistics on reducing the rate of loss production contain three points.

An examination of the consolidated financial statements of the three major automakers of the country for the 12 months of 1400 shows that these three companies recorded a total loss of about 9 thousand and 450 billion tomans in the ongoing operations (production) in their financial statements.

But a study of the retail sales of car companies shows that Iran’s cars are at the top of the table in this sector with a loss of about 5,600 billion tomans. During the last year, special road irrigations invoiced a total of about 4,516,600 units of their products to customers.

From the sale of this number of vehicles, they deposited about 109 thousand and 340 billion tomans to their accounts. Meanwhile, the production of this number of cars has cost Iran Khodro about 114 thousand and 940 billion Tomans. Among the products of Iran Khodro, according to the previous periods, Peugeot Group has recorded the highest sales loss in the financial statements of this automaker.

Over the past year, special road blueberries have marketed around 300,000 Peugeot-branded products.

The sale of this number of cars with the Peugeot brand has imposed a loss of about 60,840 billion tomans on this carmaker. After Peugeot Group, Samand Group is in the second place of the most losses among the products of this automaker.

The automaker living in the 14th kilometer of the special road has experienced a loss of more than 1,800 billion tomans from the sale of about 50,000 Samand vehicles.

Rana has also moved behind the Samand group on a loss-making road with a loss of about 31 billion and 400 million tomans. During the year 1400, the special road irrigators prepared a total of about 283,380 Rana vehicles to move to the market.

But unlike the mentioned Iranian products, the cars have been profitable in selling Dena. In the first 12 months of last year, the blue road giant invoiced about 557,750 Dena vehicles to its customers. The sale of this number of Dena last year has transferred about 500 billion tomans of profit to Iran-Khodro’s account.

Now to the sales situation of another major automaker in the country, namely car manufacturing Saipa We are going.

The automaker, which lives at 15 km of special roads, invoiced a total of 310,200 units of its various products to customers during the year 1400. From the sale of this number of cars, in total, it has recorded a loss of about three thousand and 1601 billion tomans in its record.

Despite the production stoppage of the X100 family (Pride), the special road oranges continued to record losses from the sale of this car in their financial statements until the end of last year.

As Saipais announced in their financial statements, they have lost nearly one billion and 510 million tomans in terms of sales of 1270 Pride devices last year. The X200 family (Tiba, Saina and Quick), however, has suffered the most from the 15km carmaker.

Last year, the automaker launched a total of about 2,631,270 units of the X200 family of products. The sale of this number of members of the X200 family caused the Saipais to record a loss of about 4,618 billion tomans in their financial statements. Sell ​​hawk which is the title of the group’s newest product automobile manufacturing Towing Saipa has also been associated with losses.

But the orange giant of the private road in the sale of 151 vans (Pride vans), Changan and Cerato was able to deposit the profit to his account. Saipais sold about 244,490 Pride vans last year. The sale of this number of cars has transferred a profit of nearly 825‌ billion and 430‌ million Tomans to the account of this automaker.

As mentioned, Saipais also made a profit in selling Changan. Last year, the automaker invoiced a total of more than 360 Changan units to customers. More than 73 billion and 500,000 million tomans were earned from the sale of this number of Changan.

The sale of a Cerato has also brought a profit of about 538 million tomans for this carmaker. Now to the third largest automaker in the country, namely Pars Khodro We are going.

The automaker ended last year with sales of more than 116,000 vehicles. The sale of this number of cars brought about 10 thousand and 400 billion tomans of revenue for this car manufacturer.

However, considering that this number of cars cost Pars Khodro more than 10 thousand and 800 billion Tomans of production costs, so the third largest car manufacturer in the country has lost about 3998 billion Tomans from the sale of products.

Among the products produced by Pars Khodro, the sale of about 64,000 units of the Q200 Group cars has resulted in a loss of more than 2,860 billion and 900,000 million Tomans for this automaker.

Last year, car manufacturers invoiced more than 1,160 Brilliance customers. The sale of this number of Brilliance has imposed a loss of around 106 billion and 840 million Tomans on this automaker.

The sale of a car from Renault Group has also recorded a loss of 11 million Tomans in the financial statements of Pars Khodro.

But the third largest automaker in the country, like its parent company, has been profitable in selling some of its products.

The sale of this number of ordinary Quick brought about 11 billion and 150 million Tomans to Pars Khodro. Thus, we see that the third largest automaker in the country, unlike the Q200 group, has experienced profitability in the sale of ordinary Quick.

The other product that carmakers have been able to profit from is the S200 group.

During the one-year period of last year, Pars Automobiles launched nearly 124,450 units of the S200 Group products. The sale of this number of cars has transferred more than 16 billion and 850 million tomans of revenue to Pars Khodro’s account.

Astan Quds companies are ready to enter the capital market 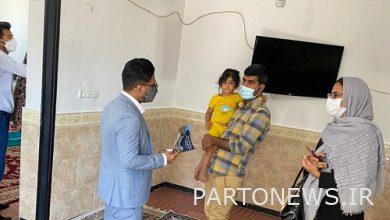 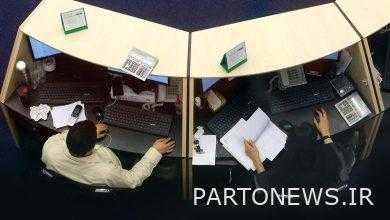