The National Agricultural Tourism Conference was held on November 19th and 20th of this year, hosted by Lorestan province and with the participation of tourism activists from 30 provinces in several different departments, under the auspices of the General Directorate of Cultural Heritage, Tourism and Handicrafts and in cooperation with the Lorestan Province Agricultural Jihad Organization. Since the bronze works of Lorestan show a history of 5,000 years of this province, as well as the variety of agricultural products and beautiful nature, this was the reason for choosing Lorestan as the host of this conference.
Lorestan is the origin of more than 3 thousand genes of medicinal plants in Green and Ashtrankoh. For example, Mazo Lorestan tree is from the oak family. A tree with seven fruits, none of which are the same in terms of taste and shape, which is just a rare example of the province’s diverse medicinal plants. Also, the role of wheat ears in the historical monuments of Lorestan is several thousand years old. This province is prone to the development of agricultural tourism in the field of production of medicinal plants, pomegranate, saffron, black figs, honey, grains, etc., which we hope will receive special attention from relevant provincial and national officials.

In this regard, Ahmadreza Dalvand, Deputy Governor of Lorestan, stressed: The existence of a successful agricultural and industrial complex in Lorestan, as well as the diversity of different plant and animal species in this province, is a full confirmation of Lorestan’s talent in the field of agricultural tourism, which, paying attention to this indicator, increases job creation and The challenge of unemployment will be solved in this province.

Dalvand said: “Lorestan can be one of the poles of the country’s tourism development in terms of environmental biodiversity and climate, because it is the third rainiest province in the country after Mazandaran and Gilan provinces. For example, in the coldest seasons of the year, it is spring in Poldakhtar, and in the hottest seasons of the year, Aligudarz and Noorabad cities have cool and spring weather.”

He continued: “In the discussion of agriculture and tourism in different parts of the country, things have been done that do not seem to be very expert because Lorestan province, despite the potentials and infrastructure of agricultural development, is highly susceptible to the development of agrotourism.”

The deputy of the coordination of civil affairs of the governor pointed out that in addition to the diversity of medicinal plants, Lorestan is famous for the cultivation of high quality saffron, black figs, pomegranates and honey production and said: “In the discussion of pistachio production, according to the research carried out, Lorestan’s agricultural and industrial complex is one It will be one of the good capacities of the province, and in addition, Lorestan is among the top ranks of the country in terms of breeding cellar fish.

He said: “In line with the development of the tourism industry and its types in Lorestan province, we need to formulate a special plan in this area, fortunately one of the important works that has been done in the area is the comprehensive plan of tourism in Lorestan, which has achieved the desired result and so It will be operational after the final approval.”

In another part of his speech, Dalvand noted: “Health tourism is one of the other topics adopted in the comprehensive plan of Lorestan tourism, the studies of which have started and during numerous meetings, plans have been presented that will witness the creation of a leading health town in accordance with the world’s standards in the future. Let’s be at the level of Lorestan.”

Agrotourism of Lorestan can complement the tourism economy of the country

Seyed Mostafa Fatemi, Director General of the Tourism Development Office of the Ministry of Cultural Heritage, Tourism and Handicrafts, said on the second day of the National Agricultural Tourism Conference: “Today, the economy of agricultural tourism is considered one of the complementary and widespread economies in the world, and this is the first meeting that this area has A specialized event will be held, and I hope that with the cooperation of tourism experts and cultural heritage activists of Lorestan, we will witness the prosperity of this field.”

خبر پیشنهادی:   The fifth national exhibition of handicrafts was opened in South Khorasan

Fatemi stated: “Our country has high capacities in the world tourism index in terms of the diversity of tourist attractions and the existence of numerous historical monuments, and more than 40 tourism topics from Iran’s heritage can be developed and exploited.” »

He emphasized: “Iran has a very rich civilizational roots in the field of agriculture, and our country is one of the founders of agriculture in the world. Based on this history, in order to promote and develop agricultural tourism, synergy and cooperation of the departments of natural resources, environmental protection, agricultural jihad is required. “We are the Jihad research center and cultural heritage departments, and especially the synergy of the private sector and knowledge-based companies in other provinces.”

Fatemi continued: “In the field of agricultural tourism, our main mission is to identify and introduce local communities and the specific climatic capacities of each region to tourism activists and those involved in this industry. On the other hand, it is necessary to have specialized agricultural tourism guides in order to introduce the target villages for tourism in the country.

He explained: “Today, one of the complementary economies of the world, which is prevalent next to the main economy, is agricultural tourism or agrotourism, which requires the importance of justifying and properly training farmers and ranchers. In agricultural tourism, in addition to holding numerous festivals, we must seek to brand the products of each region in such a way that the city is known by the name of its products, and this is one of the horizons of agricultural tourism in the country.” 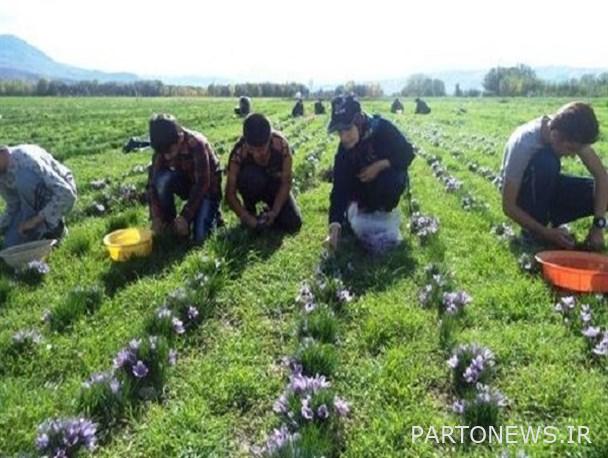 Lorestan can be a target province for rural tourism

Sirizdi stated: “The purpose of holding this agricultural tourism specialized meeting is to create synergy between experts and activists of tourism and agriculture at the country level, and this conference has a special feature that all the managers of Jihad Keshavarzi department, from the ministry to the provinces, as well as managers related to the field of tourism From the Ministry of Cultural Heritage to the provinces are present in this meeting.

He explained: “Until now, the country has relied on the type of agricultural products, but today the world has realized that the interaction of farmers with tourism, as well as the combination of agriculture and tourism, can work beyond agriculture itself, and agricultural tourism can increase our financial turnover in terms of tourism. And on the other hand, with the growth of rural tourism in the world, the main feature of this type of tourism, which is agriculture, with a deeper approach, creative tourism and experience-based tourism can be grown and exploited from the country’s farms.”

Agriculture and industry in Lorestan is a complete package of agrotourism

Ata Hasanpour, Director General of Cultural Heritage, Tourism and Handicrafts of Lorestan, stated on the second day of the agricultural tourism conference hosted by Lorestan province: “Fajrsfa Khorramabad agricultural and industrial complex is a link between agriculture and tourism, which with this size and volume in the west of the country and with the approach Knowledge-based has provided a platform for education and scientific research.

Hasanpour stated that every tourist and researcher can see different parts of this complex, such as bumble bees, whose way of life and the process of processing it is a unique research, adding: “Water cultivation or hydroponics of this complex is also a brand for Lorestan and the West with this size of area. It is considered a country. »

خبر پیشنهادی:   Bottlenose dolphins are an important advantage of marine tourism in Qeshm

He pointed out: “There is a small village with black tents in the area of ​​Fajrsfa tourism complex and around it and in the southern part of this complex, with the focus of presenting native-local games that introduce some of the customs and cultures of this country.”

Hassanpour pointed out that every tourist from Khorram Abad to Fajrsfa agricultural and industrial complex passes 14 historical monuments, which is an example of the agrotourism industry, and stated: “This complex has an entrance from Kuhdasht and an exit from Khuzestan, and in terms of the presence of historical and natural attractions And agriculture provides tourists with a complete package for agricultural tourism.

Lorestan Agriculture and Industry Complex has 50 hectares of hydroponic greenhouses, and 80% of its greenhouse products are exported to Russia, Azerbaijan, Ukraine, Qatar, UAE and the Persian Gulf countries, and Fajrsfa Complex has been introduced as the exemplary producer of the province several times in a row. In this regard, the director of tourism of Fajr Safa Lorestan Agriculture and Tourism Industry Company said on the second day of the national conference of agricultural tourism: “In terms of orchards, 500 hectares of orchards, including pomegranates, figs and grapes, are being exploited.”

Nabizadeh stated: “In the matter of crossbreeding and livestock collection at the provincial level, Fajrsfa Agriculture and Industry Complex has a light livestock breeding complex with a capacity of 10,000 crossbred sheep, which is currently producing and selling a good herd of Romanov breed in the complex. “Also, in the field of beekeeping, our first priority is not to produce honey, but to modify the gene of the queen mother, and then to produce royal jelly.”

Nabizadeh stated: “The discussion of breeding sturgeon fish has been started since last year, and fortunately we have good productive fish breeding.”

Referring to the cooperation of agriculture and industry with tour leaders and the General Directorate of Cultural Heritage, Tourism and Lorestan, he emphasized: “The integration of these capacities is an example of the realization of agricultural tourism in Fajrsfa Agriculture and Industry Complex of Lorestan, which started two years ago in February, and during this period, one-day tourism tours A lot has been held.”

The Director General of Sustainable Development and Technological Affairs of the Ministry of Jihad Agriculture, during a visit to Fajrsfa Agriculture and Industry Complex, said: “Today, we observed that Lorestan’s tourism family is much bigger than we imagined, and this good capacity of agrotourism is especially a reflection of the good cooperation of the Lorestan Department of Cultural Heritage, Tourism and Handicrafts, Jihad “Agriculture and agriculture and industry should be set as a model for other provinces.”

Tausli emphasized: “Lorestan Agricultural and Industrial Complex excels in terms of organic agriculture, export market, greenhouse and garden products in accordance with the motto of the year of production, knowledge-based, job creation, which is one of the prides of Iran’s tourism.”

Adviser to the Minister of Jihad Agriculture while honoring the efforts of the Director General of Lorestan Cultural Heritage for holding this national conference, said: “Holding such conferences is necessary for synergy and growth of all types of tourism industry in the country, and these national expert meetings and ideas bring good ideas and achievements to the activists of this The area will be determined.” 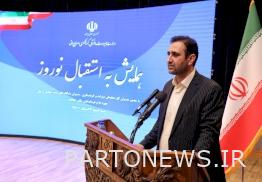 Predicting the increase in the volume of trips on Nowruz 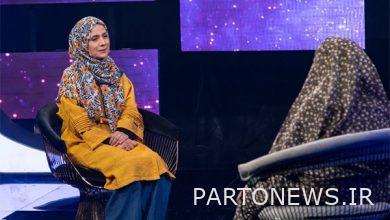 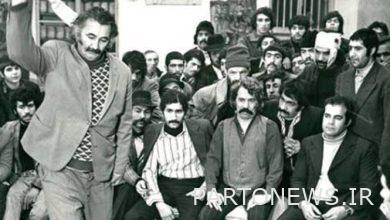 Important people who were paid by one thousand movie actors 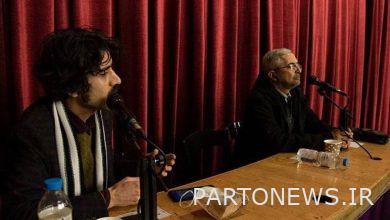