According to Tejarat News, Market returns in the first week of MayShows that one market has fallen and three markets have grown.

The price of the dollar This week, it grew by 0.91%, which is the largest increase among the financial markets this week.

National Exchange, On Thursday, May 28, announced the selling rate of the dollar at 25 thousand and 509 tomans. This is while this figure was recorded on Wednesday, April 20, 25,279 Tomans.

But the return of the gold market in the first week of May 1401 was accompanied by a decline of 0.8 percent.

gold price Yesterday, one million and 293 thousand and 683 Tomans were announced. While the market reached the price of one million 304 thousand 71 tomans on the last day of April.

Nevertheless, coin market buyers experienced a slight price increase in the first week of May. During this period, the yield for the new design coin was 0.23%.

خبر پیشنهادی:   How to buy cement from commodity exchange?

In another aspect of Market returns in the first week of MayOverall Index Exchange grow up. The capital market ended last week at the level of 1,521,423 units.

Meanwhile, the total index of the stock exchange on Wednesday, April 20, had reached about 1,512,219 units. These figures mean a growth of 0.61% of the total index.

Nima Mirzaei, a capital market expert in the stock market’s weekly forecast, told Tejaratnews: “Due to the fluctuating phase and next week’s holidays, we will probably have low trading.” The stock market tends towards small stocks. On some days we will see the reverse trend between the total index and the homogeneous index. This means that when the index stocks are traded in the negative and zero range, the general atmosphere of the stocks is small, positive and green.

According to Tejarat News, financial markets have been affected recently Vienna talks Were located.

Nuclear talks stalled in the last month of last year. Both sides emphasize that much of the agreement has been reached, but a few key issues remain.

“We are still trying to look at a reciprocal return to adherence to the UN Security Council,” Secretary of State Anthony Blinken said as the Vienna talks awaited a US political decision.

The Islamic Republic of Iran also stated that if the American side acts realistically, it is possible to reach an agreement in Vienna. The agreement in question for Iran is a document that will lift the sanctions as much as possible and the region will also benefit from its implementation. (IRNA)

Meanwhile, Rafael Grossi, director general of the International Atomic Energy Agency, claimed yesterday that Iran had set up a new workshop to make centrifuge components in one of the underground halls of a fuel enrichment plant at the Natanz facility. (فارس)

On the other hand, the growth of liquidity in the country continues at a rapid pace. Some time ago, Tasnim announced in a report that the liquidity had increased by 1,300,000 billion tomans last year. Some experts believe that the returns of any financial market this year will not be as high as inflation.

The stock market, however, is in relatively good shape since the beginning of 1401, and capital market experts believe that if the government does not issue overnight directives, it can have a good trend.

The price of the dollar in exchange offices is 25,509 tomans 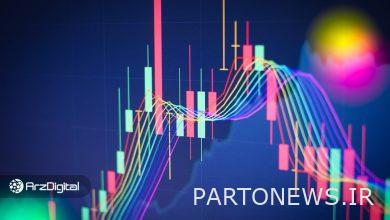 Possibility of breaking Bitcoin and Oxy Infinity records; Five digital currencies that traders should be watching this week 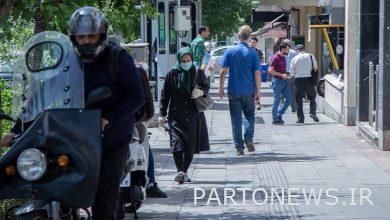 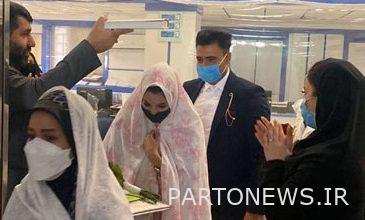